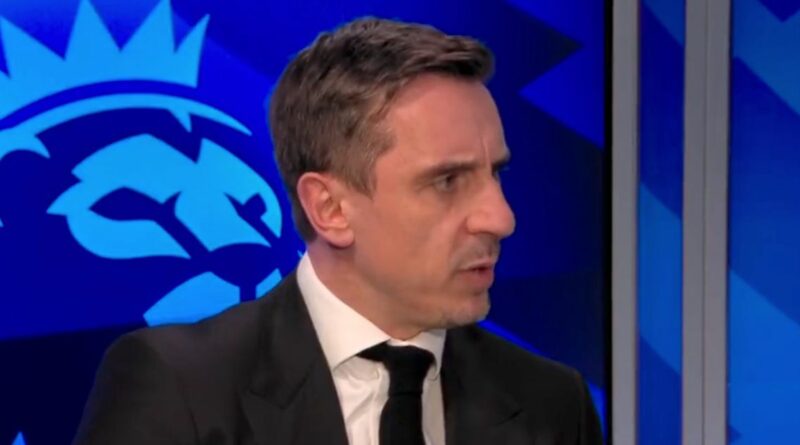 Gary Neville and Jamie Carragher went at it on Twitter after the Manchester United legend used Jurgen Klopp to demonstrate why Antonio Conte would not have been the right fit at Old Trafford.

Conte was heavily linked to the Old Trafford hotseat last Autumn before the departure of Ole Gunnar Solskjaer. United kept faith with the Norwegian before finally dispensing with his services after an embarrassing 4-1 defeat to Watford.

By that time, Conte had already been snapped up by Tottenham, leading United to appoint Ralf Rangnick on an interim basis until the end of the season. The Italian has done a decent job in north London while the Red Devils have floundered under Rangnick.

Spurs picked up a point against Liverpool on Saturday night, but Klopp wasn't impressed with their supposed negative style of play, saying afterwards: "I am sorry, I am the wrong person to ask about [Spurs' defending] because I don't like this kind of football.

"That is my personal problem. I think they are world-class and I think they should do more for the game. It's a game against Liverpool, they have 36 per cent possession. But that is my problem. I cannot coach it. So that is why I cannot do it.

"World-class players, [who] block all the balls. It is really difficult. Atletico Madrid is doing it. Fine, whatever, absolutely fine, it's just I can't. But yes I respect everything they do. But it's not me."

United legend Neville quote-tweeted a clip of Klopp making the comments about Conte's style of play before using it to demonstrate why his old side were right not to appoint the Italian last year.

"I respect Conte and his football enormously but this Klopp interview gives the clear reason why he wasn’t the right fit for United," he wrote on Twitter.

Do you think Manchester United should have appointed Antonio Conte? Let us know your thoughts in the comments section below

Never one to miss an opportunity to call out his Sky Sports colleague, Liverpool legend Jamie Carragher replied with a screenshot of a newspaper headline where Neville had called for Diego Simeone to be made United manager.

Despite Simeone's similarly negative style, Neville insisted there was a different between the Argentine and Conte, tweeting: "Simone 4-4-2 aggressive style. Proper United that. Conte wing backs ?? No."

Radio host Hugh Woozencroft then posed Neville an interesting question, asking: "If United played football the right way, with open attacking football, but didn't win the Premier League for 30 years, would you find it acceptable? (Not a jibe, I think I'd prefer that. Just wondered if you'd agree)"

To which the legendary right-back replied: "You can play football in an expressive way and win the league though? Pep , Wenger , Sir Alex , Klopp etc all proved that. Don’t get your point."

Before adding: "When selecting a coach it should be to the clubs playing principles. United should always value that and the promotion of young players . They’re the foundation of the club. Why should we compromise that. Barca / Ajax don’t."

Despite Neville's reservations about Conte, the former Chelsea and Juventus boss is proving a bigger hit at Tottenham than Rangnick is at Old Trafford.

United are now out of Champions League contention after Saturday's embarrassing 4-0 defeat to Brighton, while Spurs remain in the hunt just a point behind Arsenal after their 1-1 draw at Anfield. 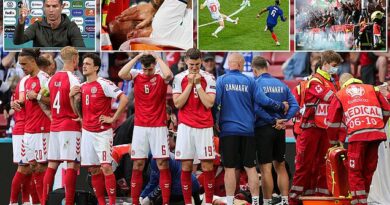 The good, the bad and the ugly of the Euros