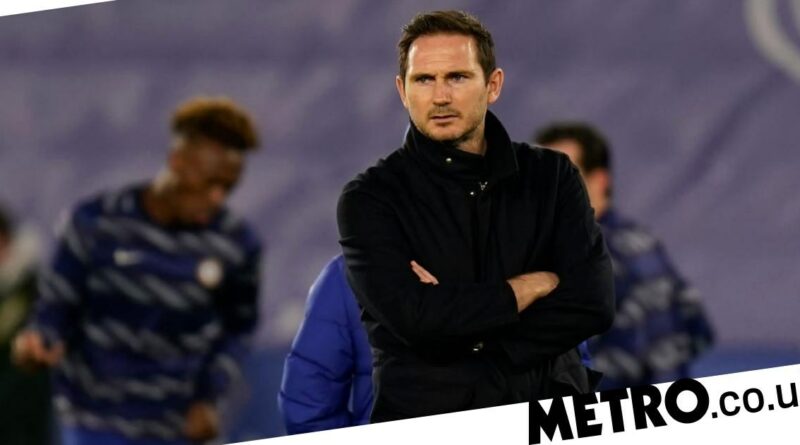 Manchester United legend Gary Neville believes Frank Lampard would have been given more time at Old Trafford and is just the latest victim of the high expectations placed on managers at Chelsea.

Lampard was sacked on Monday morning after just 18 months in charge of his former club, who he guided to an FA Cup final and fourth place in the Premier League during his first season.

Despite losing five of their last eight matches, Chelsea remain just five points off fourth-placed Liverpool in the league and they’re through to the last-16 of the Champions League.

However, though Lampard impressed last term, expectations were raised for this season after a £225million outlay in the summer and Chelsea are currently 11 points off Manchester United at the top of the Premier League table.

Neville admits he wasn’t surprised by Lampard’s sacking because Chelsea have a history of ruthlessly discarding of managers but he insists he would have been given more time by his former club United and rivals Arsenal.

‘I know United sacked David Moyes after eight months but that was pretty much a unique situation. United normally give managers a couple of years or so, Arsenal have historically given managers time, but Chelsea have never been like that.

‘Frank knew that when he took the job and knew it was the case from day one. He knew he wouldn’t get three years come what may. It wouldn’t have been explained to him that he needed results to get Chelsea to the top of the league. Spending all that money in the summer accelerated that.

‘In a perfect world, you’d always say that managers should get two to two-and-a-half years to prove himself, but at Chelsea that’s never been the case.

‘It’s incomparable to say that Manchester United and Arsenal treat managers in the same way as Chelsea. They have a different model and a different way of doing things that’s been successful for Chelsea and Frank knew that when he took the job.’

Roman Abramovich’s reputation for ruthlessly sacking managers is well known by now and Lampard is the tenth manager the Russian has sacked in just 17 seasons at Stamford Bridge.

Neville, though, admits he felt Lampard’s sacking was inevitable after rumours of his departure started to circulate last week.

‘I’m not wholly surprised, as much as I would’ve been this time last week,’ Neville told Sky Sports News.

‘There were rumours starting to surface towards the end of the week that Frank was coming under pressure. When that happens at Chelsea, the end is pretty much a consistent one whereby the rumours start to come out and then it happens pretty quickly.

‘I was a little surprised when I heard the news given that Frank has only had a short amount of time with a new group of players, but he was given a period last year when the club were under a transfer embargo, and that almost shielded him.

‘He did a great job in that period but the minute the club started spending the money that they did in the summer and brought those players in, it was always going to bring a lot more expectation. We know what happens at Chelsea when more expectations come, in the sense that they want instant results.’ 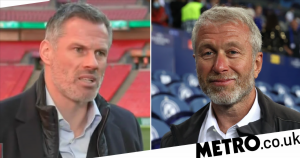 Tottenham CAN beat Manchester City and prove everyone wrong – Anderton