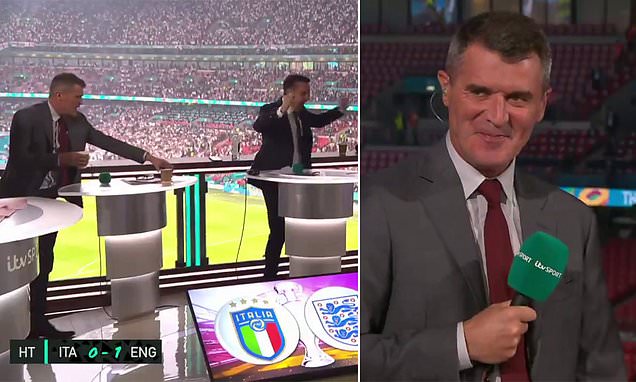 Gary Neville said he got the ‘wrath’ off his fellow ITV pundit Roy Keane after accidently spilling the Irishman’s coffee when celebrating Luke Shaw’s goal against Italy.

Shaw put England ahead in the Euro 2020 final within two minutes after getting on the end of a Kieran Trippier cross.

At half-time, ITV showed the footage of their pundits for the evening celebrating the goal. 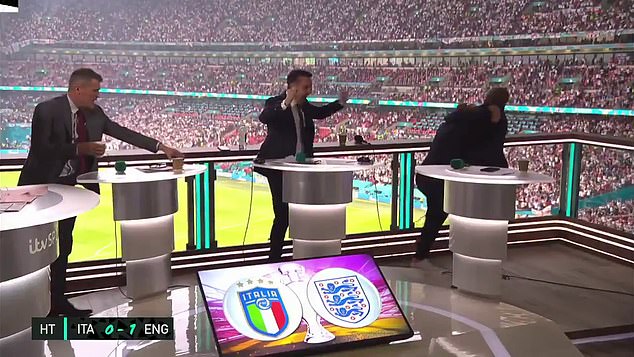 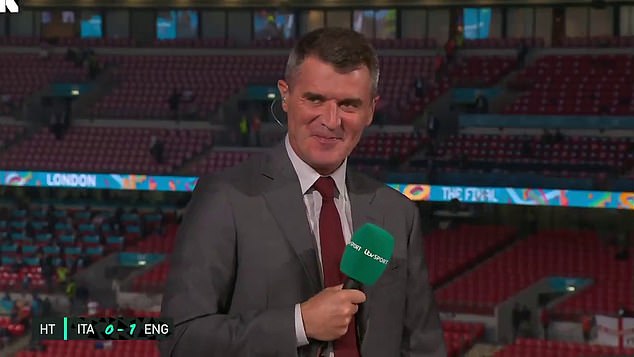 Neville got a bit too enthusiastic as he rocked the table which had his and Keane’s coffee sitting on it.

Keane’s coffee spilt over his notes and the former Manchester United captain then moved Neville’s cup out of the way to stop any further spillage.

After seeing the footage back, Keane said: ‘Gary destroyed my notes.’ 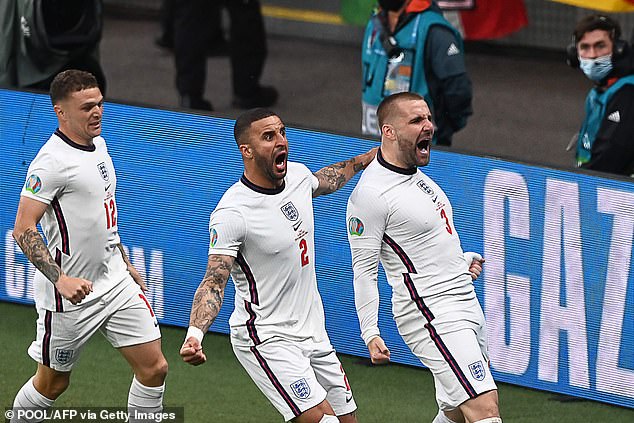 Neville responded: ‘I spent the next 20 minutes to be fair getting the wrath off him for knocking his coffee over.’

Keane then joked that he was a ‘team-player’ for moving Neville’s coffee out of the way.

It was a fantastic start for England, with Shaw’s goal standing as the fastest in a European Championship final of all time, although the Three Lions were left hearbroken at Wembley after Leonardo Bonucci levelled the game at close range in the second half, before Gareth Southgate’s men lost 3-2 to the Azzurri on penalties.