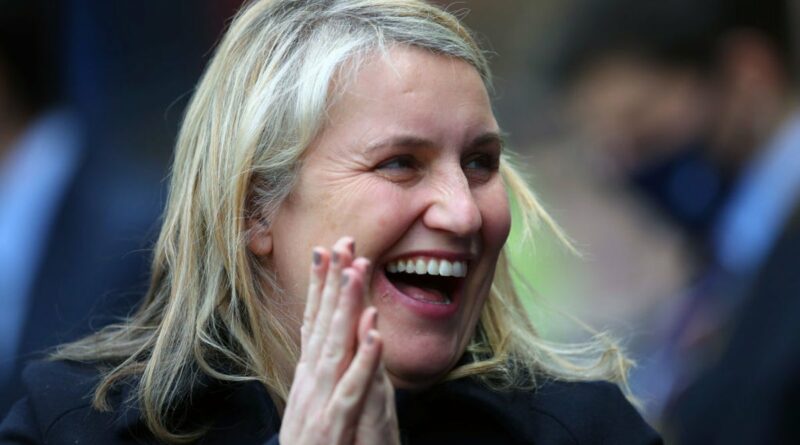 Chelsea manager Emma Hayes has reacted with delight to news of a new broadcasting deal for the Women’s Super League, saying it will bring a much-warranted new level of exposure to the women’s game.

It was announced early on Monday that the WSL and Sky Sports had agreed a three-year deal to show up to 44 matches per season, with BBC also broadcasting matches.

The FA’s director of the women’s professional game, Kelly Simmons, hailed it as a “game-changing” moment for the WSL and women’s football as a whole and Hayes agreed, saying that the broadcaster will help the game continue to grow.

“This is a day that everyone has been looking forward to, the announcement of a really strong broadcast partner that will help give us the viewership and exposure that the women’s game has earned,” Hayes told Sky Sports News.

“There’s no better platform than to be with Sky. Sky will bring the elevation that the women’s game needs.

“It’s a partner that is taking women’s sport very seriously and football tops that agenda. I hope we can bring new viewers to them with the quality we produce. It’s a perfect marriage.”

Hayes, in charge of the table-topping Chelsea side since 2012 and winner of three WSL titles so far, explained how on-screen and in-stadium interest continued to be on the up.

“I think the game has come far since 2012, both as a product on the pitch and the numbers that we are drawing to our games, through attendance and TV figures.

“The rise has been exponential and one that we can continue to see the upward trend. People are getting used to women’s football on their screens, so as long as the quality of the product is high, we’ll draw fans to the sport.”

Hayes and her side are also in action in the Champions League on Wednesday, when they play the first leg of their quarter-final against Wolfsburg, last season’s runners-up.

How do Liverpool compare to the last Reds side to win the title?