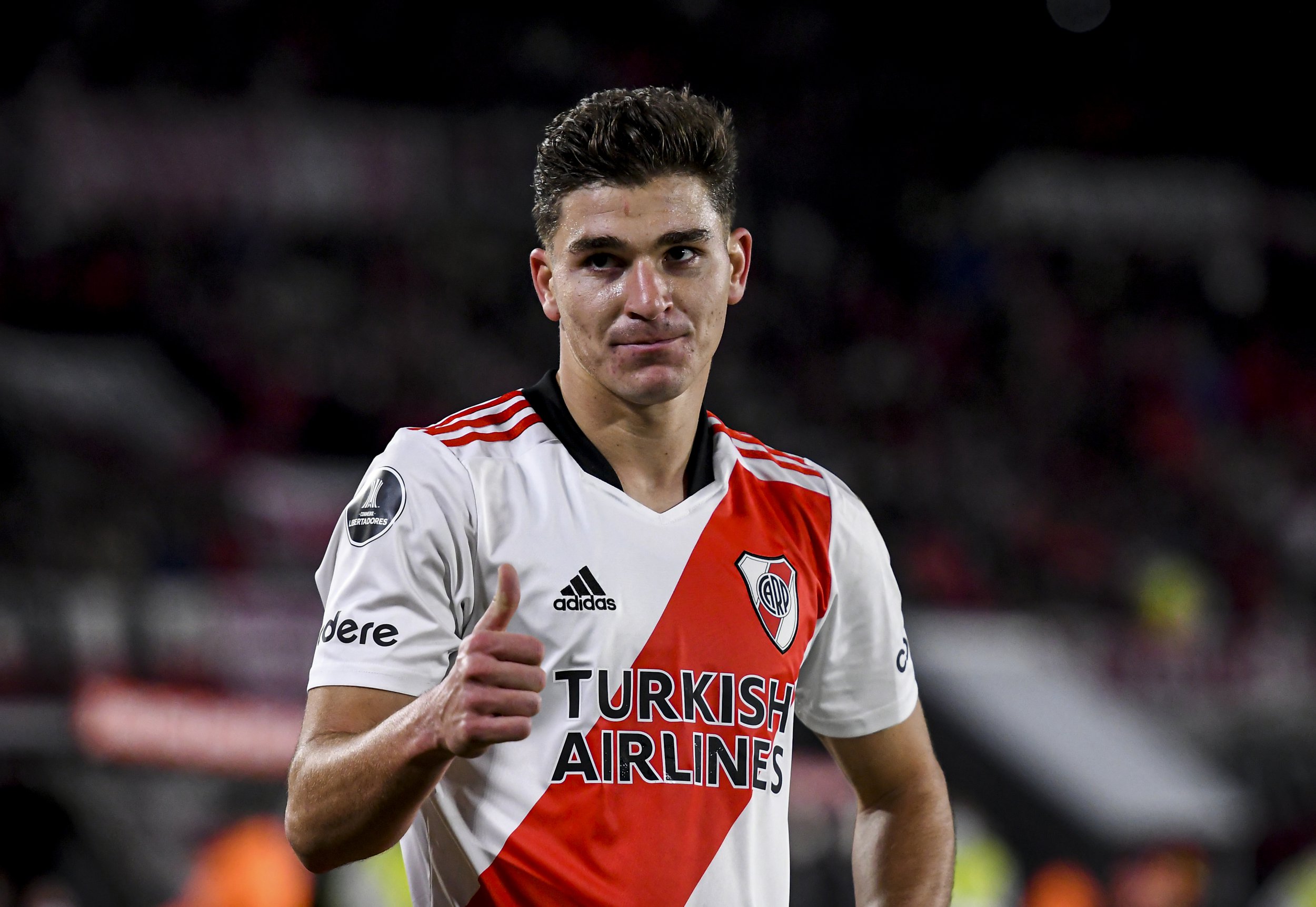 New Manchester City signing Julian Alvarez made history by scoring a double hat-trick for River Plate in the Copa Libertadores on Wednesday evening.

The Premier League champions completed a £14 million deal to sign the 22-year-old in January but the forward won’t move to England until July at the earliest.

But the Argentine has shown City that he can also make an immediate impact with his six-goal haul in River Plate’s 8-1 victory over Peruvian side Alianza Lima in their Copa Libertadores group-stage clash.

With his double hat-trick, Alvarez has become the first player in River Plate’s history to score six goals in one game.

City’s chief executive, Ferran Soriano, has already confirmed this week that Alvarez will remain with Guardiola’s side next season.

‘We have had many offers from clubs to loan Julian Alvarez – but he is not going to leave,’ Soriano said.

‘He will do the pre-season with us and I think he will stay. Barcelona were not among those who were interested.’