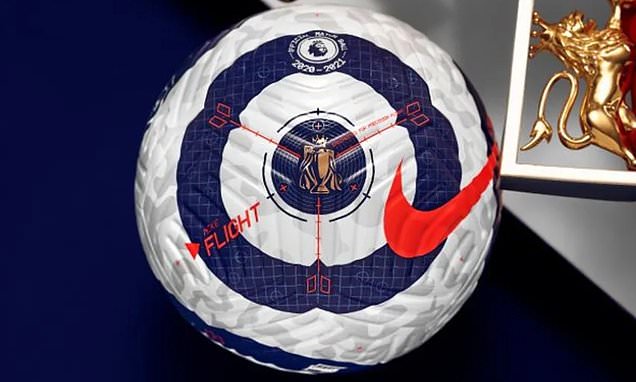 Premier League release eye-catching new blue and white ball designed to ‘reflect the intensity of the final stages’ of the season, with bespoke Nike Flight set to make its debut during Wolves’ clash with Leeds this week

The Premier League have launched a striking looking new match-ball which will be used for the remainder of the season.

Nike have released their latest ‘Flight’ ball which will make its debut in the league clash between Wolves and Leeds on Friday night.

As the season reaches its latter months, the Premier League say the ball has been designed to ‘reflect the intensity of the final stages’ of the campaign. 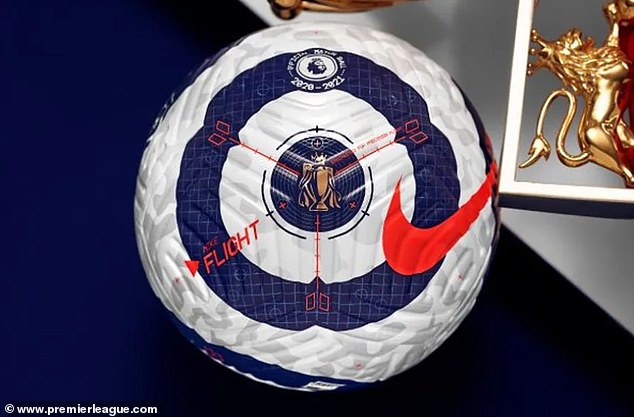 The new Nike Flight ball has a blue and white design with the famous tick in red.

It is a follow-up to the original Nike Flight ball which was introduced at the start of the season as a replacement for the Nike Merlin.

Following eight years of experiments, which started two years after the World Cup in South Africa, Nike concluded that using their new AerowSculpt technology in the Flight had 30 per cent more accuracy than their predecessor the Merlin.

It features ridges not too dissimilar to a golf ball on its surface as part of a radical new design.

According to Nike, the concept of the AerowSculpt technology was to stop the unpredictable motion of the ball once it has been kicked.

They claim the Flight is more consistent when kicked thus reducing the chances of long balls going to waste, set-pieces going astray or even shots from missing the target.

There was a lot of complaints after the 2010 World Cup and the infamous Jabulani match ball, that was boasted as the ’roundest ever’ but was soon criticised for its unpredictable motion in the air. 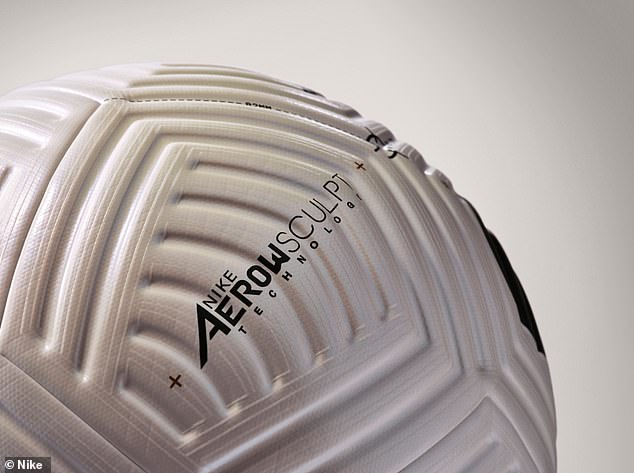