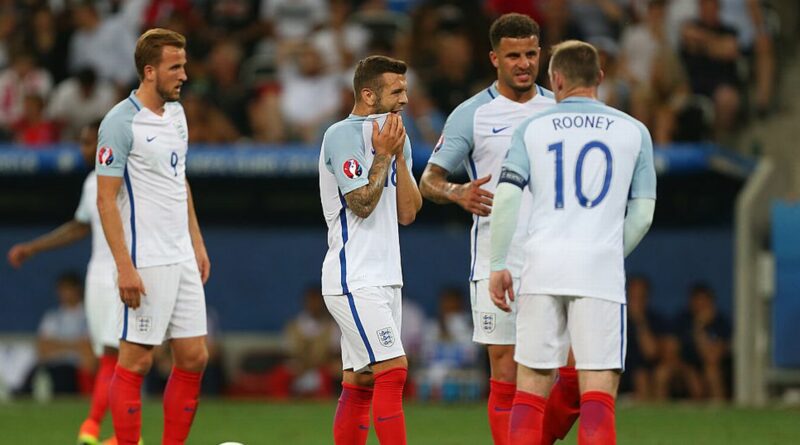 England are heading into Euro 2020 as one of the favourites, though new stats prove the Three Lions often struggle in the competition.

Gareth Southgate's side have been tipped to go all the way this summer having reached the semi-finals at the 2018 World Cup.

England have not reached the same stage of the European Championships since 1996 and were embarrassingly dumped out by Iceland in the last-16 in 2016.

It means England's win percentage in their nine tournaments is at just 32.3 per cent, winning ten of their 31 games.

They have also lost ten times with their record worse than UK counterparts Scotland and Wales.

In stats worked out by FourFourTwo, England are 18th out of the countries that have competed in the Euros when it comes to win percentage.

Scotland are ahead of the Three Lions in 15th, despite never progressing out of the group stage in their two tournaments.

The Scots have a 33.3 per cent win percentage having won once at Euro 92, and again four years later.

How far will England go at Euro 2020? Let us know your thoughts in the comments section

Though Wales are the best of the lot, reaching the semi-finals in their only European Championships.

That came in France at Euro 2016 with the Welsh top of the pile with their 66.7 per cent win percentage.

Wales won four times in the tournament, including a 3-1 win over Belgium in the quarter-finals.

Portugal won the tournament in the end after knocking Wales out in the semi-finals with the Portuguese fourth on 51.4 per cent.

France, Germany, Netherlands and Spain are all in the top ten, as are Italy and Croatia.

England will hope to make it into the top ten with a successful Euro 2020 as the tournament begins on Friday.