A scientific study in Nature has revealed a surprising lack of correlation between being English and missing penalties.

One of the long-held beliefs of international competition, for English football fans at least, has been that penalty shootouts were nothing more than a curse.

Gareth Southgate‘s team challenged that notion somewhat when they saw off Colombia on spot-kicks during the 2018 World Cup, but it might take more than a single win to completely bury the scars for some.

However, a detailed look at almost 500 shootout strikes at World Cups and European Championships showed no “significant differences between any of the analysed nations” compared to the overall sample mean averages.

The same held true for in-game penalties, with “no difference between success rates of penalty-takers from different nations.”

Even so, perhaps the mental resilience needed for the high-pressure situation of a shootout does affect some English players.

The study noted that English players performed worse in those penalties than during in-game spot-kicks, where they in fact marginally over-performed—but not to a level of statistical significance.

Perhaps another opportunity to set the record straight may arise at Euro 2021, where England will hope to reach the final which is set to be played on home soil at Wembley. 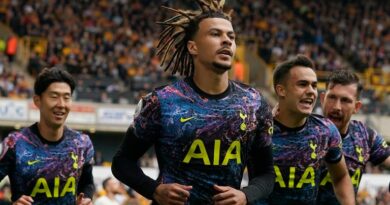