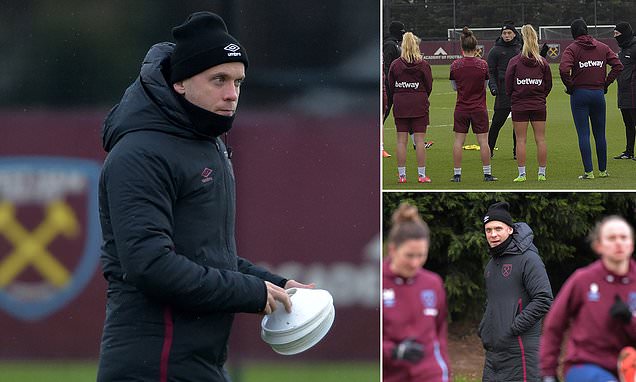 New West Ham Women boss Olli Harder sets his sights on disrupting the WSL’s established order of both Manchester clubs, Chelsea and Arsenal… but admits it will take ‘a lot of work’ to shift the club’s playing style

New West Ham United boss Olli Harder has set his long-term sights on breaking into the WSL’s top four but remains focused on ensuring the club maintain their top flight status this season.

The Hammers sacked Matt Beard in November after losing five of their first seven league games, which included a 9-1 thrashing at the hands of Arsenal.

New Zealand-born Harder, 34, has experience of coaching in the women’s game having transformed Norwegian top flight club Klepp FC from relegation candidates in 2016 into a top four side in the space of a year. The hope is he can repeat that achievement in East London. 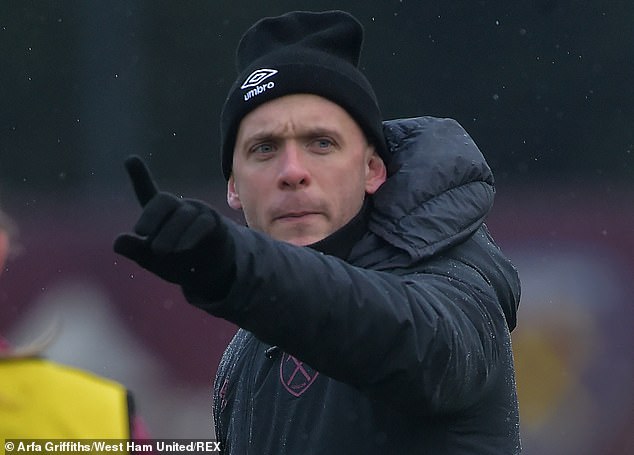 ‘As coaches we have to be a bit crazy,’ Harder said. ‘If I wasn’t confident coming into the club I probably shouldn’t be sitting in the chair taking the job. I’m confident that we can move things forward.

Harder is under no allusions that his job will be easy. West Ham currently sit 10th in the WSL and the manager acknowledges it will take time for him to implement his ideas and playing style. 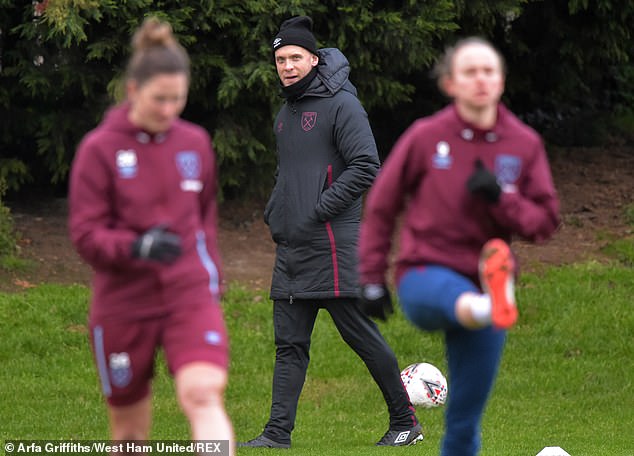 ‘The biggest challenge is coming in mid-season. You’re coming into a situation that was created through no fault of your own. It’s an opportunity for me to come in but there is a lot of work that needs to be done in terms of shifting playing style, that’s nothing negative towards the previous coaching staff.

‘We’re in a position in the table that is not comfortable for us and we wish to be a lot higher up. We need to develop our own sense of who we are as West Ham.

‘It could take two months, it could take two years. It’s all really dependent on the adaptability of the club and the players within the club, of my ability to be able to connect with the players in terms of implementing new ideas. You’re looking at six months to a year of work in regards to shaping things the way you want them to go.

‘We have a window now where we can recruit, we’re happy with where we’re at in terms of the squad. If we will [recruit] then we will but the big question will come post-season and into the summer when it comes to the recruiting side as well.’

Previous coach Beard was well-known for his passionate and vocal management style, as seen in both series of the club’s fly on the wall documentary. Harder, in comparison, may be a calmer presence on the touchline. 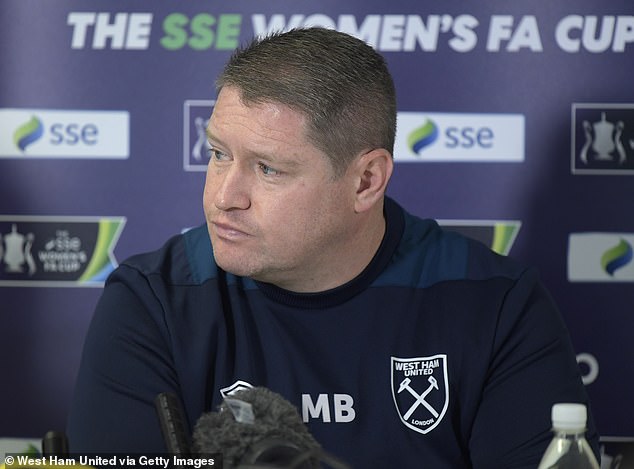 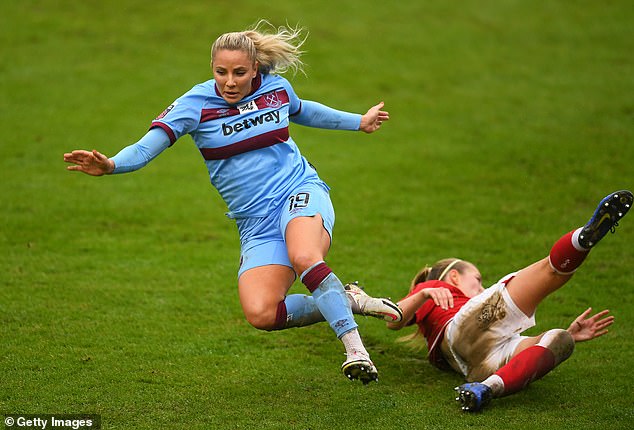 ‘I’m a pretty relaxed person. Obviously there are sometimes opportunities to get animated but typically speaking I’m relatively calm when it comes to those situations.’

Manchester City were due to be Harder’s first opponents but the match was controversially postponed after four players tested positive for Covid-19 following a Christmas holiday to Dubai.

Harder admitted he was ‘disappointed’ the game had been called off but believes his side will benefit from having extra time on the training ground.

‘What lens do you want to view it through?’ he said.

‘We could have gone up there and played potentially a weakened team, but we also get more time with the girls and for us as a club to develop.

‘If we want to be a good, top club, we need to be beating Manchester City regardless, whether they are playing with weaker players – for lack of a better term – or their full-strength squad.’ 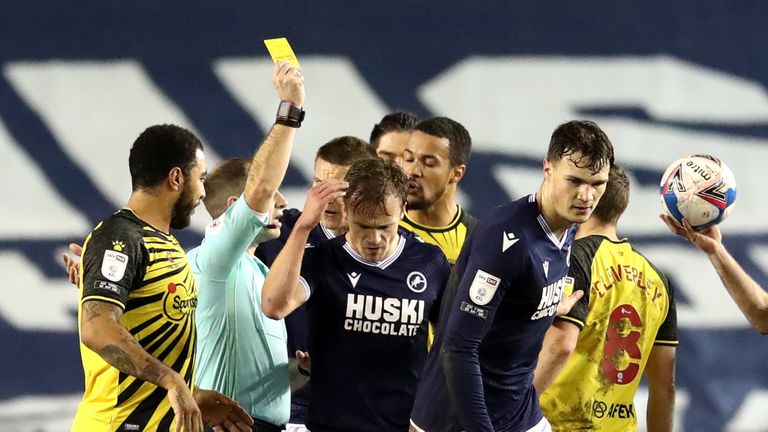 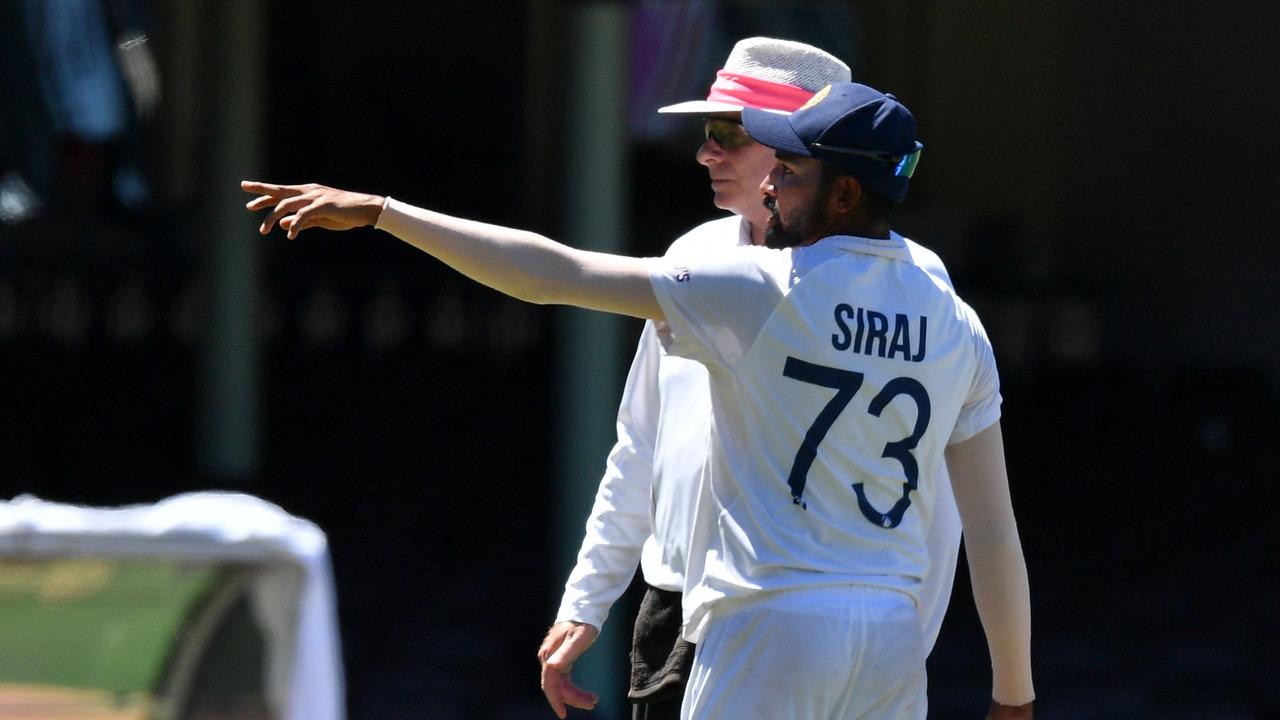