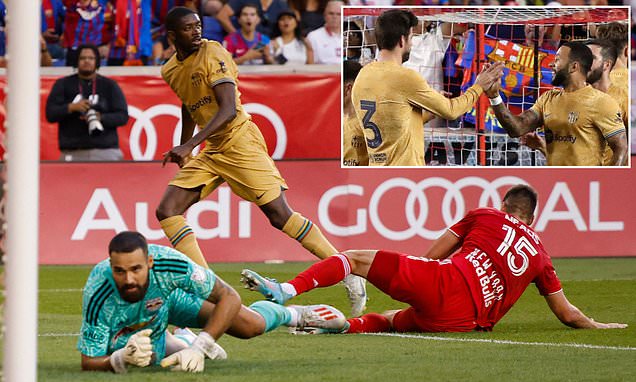 New York Red Bulls 0-2 Barcelona: Xavi’s side end pre-season tour of United States with a comfortable victory thanks to goals by Ousmane Dembele and Memphis Depay

Barcelona ended their tour of the United States with a comfortable 2-0 win over New York Red Bulls.

The Laliga giants, who endured a difficult campaign last season, have been busy in the transfer market this summer with five new signings, including Robert Lewandowski from Bayern Munich.

The Polish striker was in the starting XI for the second time in three days and was heavily involved in a lot of the early action. 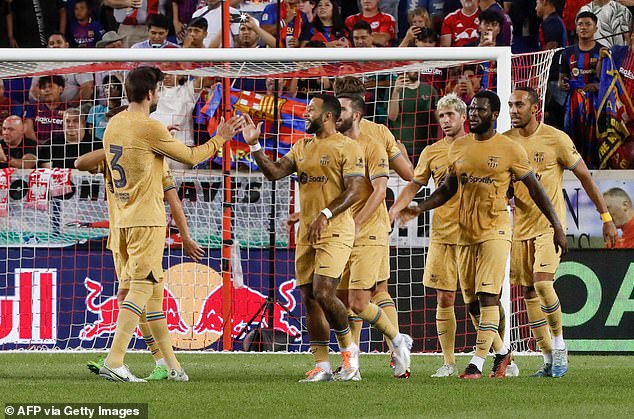 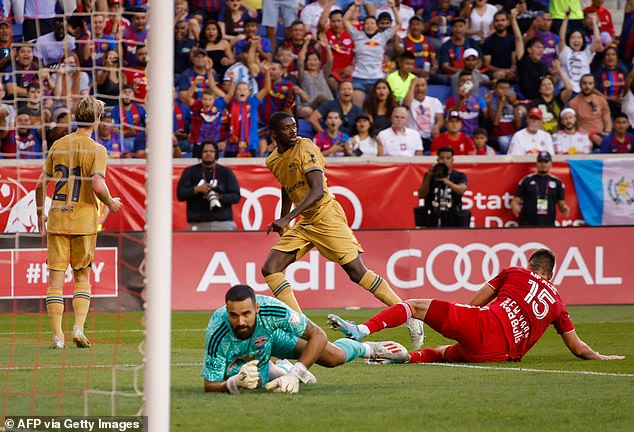 Jordi Alba’s pinpoint cross found Lewandowski after 17 minutes but the striker could only head the ball over the bar unmarked.

He then received the ball from 30 yards out and bypassed a number of defenders before his shot sailed well over the bar.

Barcelona’s dominance was rewarded five minutes before the break when Ousmane Dembele found Raphinha on the edge of the box before the Brazilian returned the favour with a reverse pass for Dembele to finish the move with a powerful strike past a helpless Carlos Coronel.

Xavi rolled the changes during the break as the likes of Gerard Pique, Pedri, Franck Kessie, Ansu Fati and Sergio Roberto all entered the field of play.

Fati and Lewandowski squandered a number of chances in the second-half before New York Red Bull’s Daniel Edelman was shown a straight red for a reckless challenge on Pablo Torre. 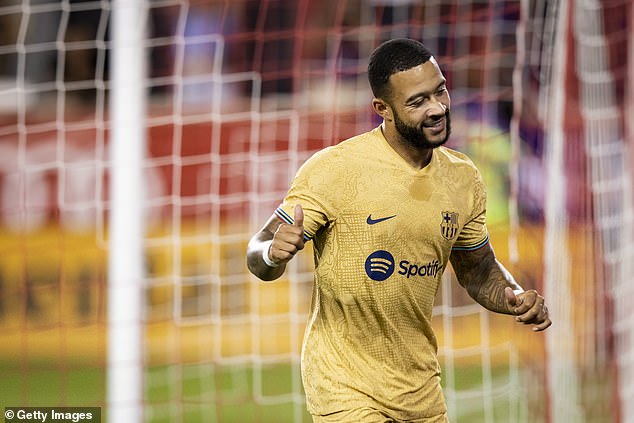 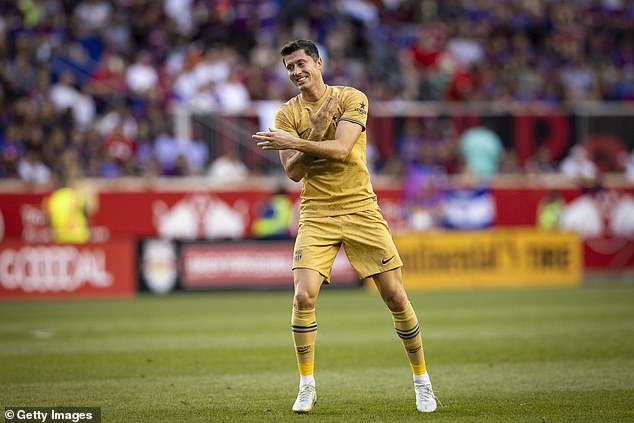 Barcelona doubled the lead and sealed victory in the 87th minute. A long ball from Miralem Pjanic lead to a mix up by defender Dylan Nealis and goalkeeper Ryan Meara as Memphis Depay slotted the ball into an empty net.

Manager Xavi was satisfied by what he saw from his team at the Red Bull Arena. He said: ‘It didn’t seem like a friendly game; the intensity, the rhythm, the passion they played with.

‘It was a very good test for us. We are in a good moment, lots of good feelings from this tour in the USA, so a good start for us ahead of the new competitions.’

Barcelona will play one more pre-season friendly next weekend against Mexican side Pumas Unam before opening their LaLiga campaign with a home game against Rayo Vallecano on August 13.

What are Declan Rice's options should he leave West Ham this summer?