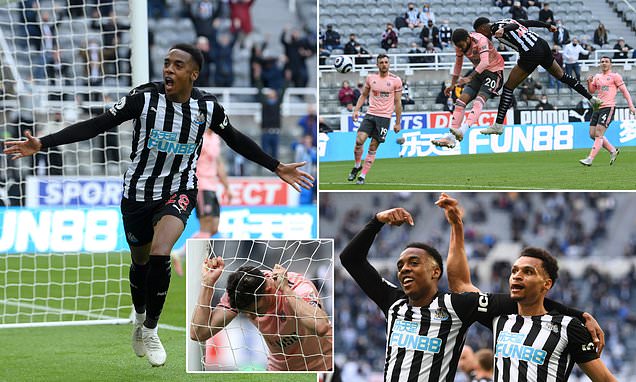 Newcastle 1-0 Sheffield United: Joe Willock scores for the sixth successive game as Steve Bruce’s side give 10,000 Magpies fans the perfect return after a difficult season with victory over relegated Blades

Joe Willock has arguably been Arsenal’s best player since the start of April, albeit in the colours of loan club Newcastle.

The consolation for the Gunners is that the midfielder’s six goals in as many games has made a reputed valuation of £20million seem somewhat conservative.

The home fans implored their match-winner to stay as he hobbled around the perimeter of the pitch five minutes from time, 10,000 on their feet in appreciation of his contribution in seeing off the threat of relegation. 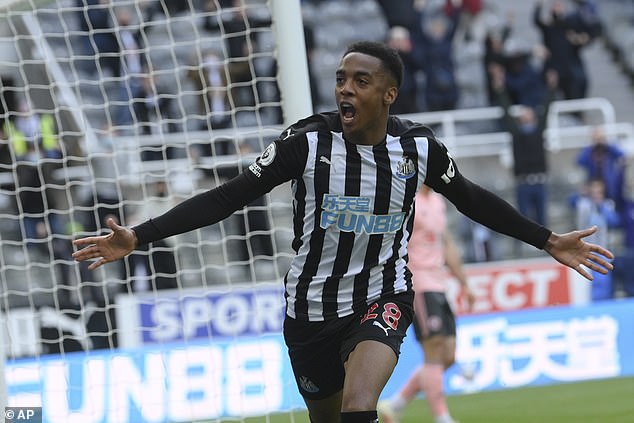 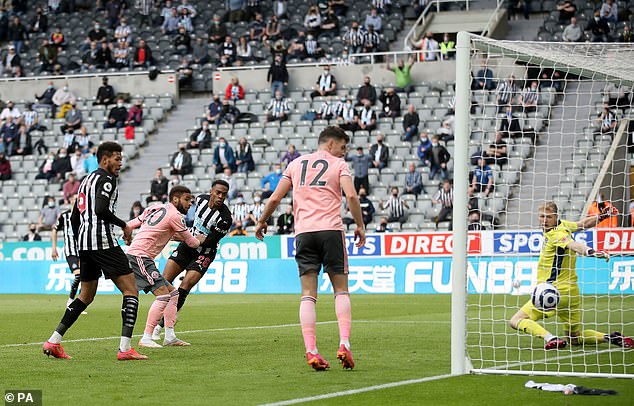 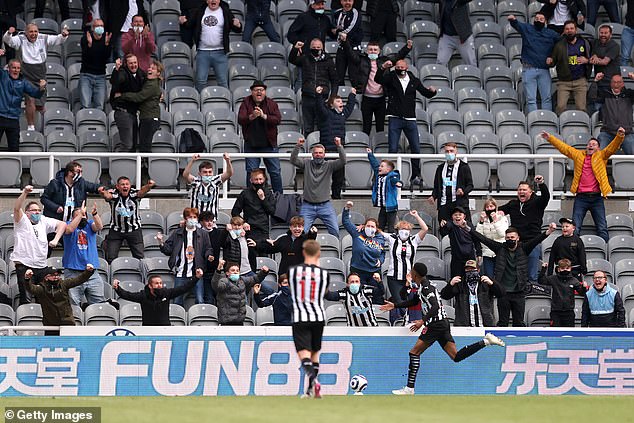 Willock runs away to celebrate with some of the 10,000 Magpies supporters in St James’ Park

Man of the Match: Saint-Maximin

But they might need a whip-round to help make permanent his move, and that is assuming Arsenal are willing sellers.

Steve Bruce has let it be known he would like his club to try and sign the 21-year-old, whose performance here was bettered only by Allan Saint-Maximin.

Funnily enough, Saint-Maximin began his day by giving an interview in which he called on Newcastle to sign Willock before suggesting he would not hang around were they to endure another season like this one. At least he finished the day by letting his feet do the talking.

The French forward is undoubtedly one of the best players outside the top six, and even including the big boys there are few more entertaining and incisive.

He put on a show here and, while Willock’s close-range header broke the deadlock, it was Saint-Maximin’s pass to free provider Jacob Murphy that was the inspiration.

Those in pink were expecting Saint-Maximin to dribble as they crowded around him 20 yards from goal. But he left them with red faces as his reverse ball set Murphy clear, and his cross was perfect for the unmarked Willock.

The Blades had started like a team with a point to prove, before reverting to the rabble who were relegated more than one month ago.

They should have led inside seven minutes when David McGoldrick – in on goal – steered wide. But there ended such early promise.

It still took Newcastle half an hour to realise their opponents were there for the taking, and they finished the first period in total control.

Goalkeeper Aaron Ramsdale was the only reason the visitors remained level entering the fourth minute of first-half injury-time, and so he had every right to berate his team-mates when Willock was afforded space to nod home. 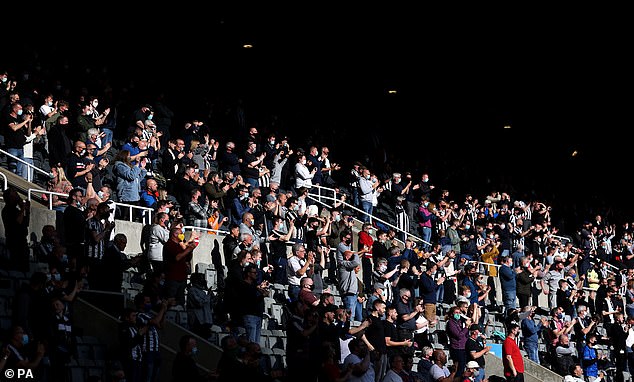 There was joyous scenes in the stands as 10,000 Newcastle fans returned to St James’ Park 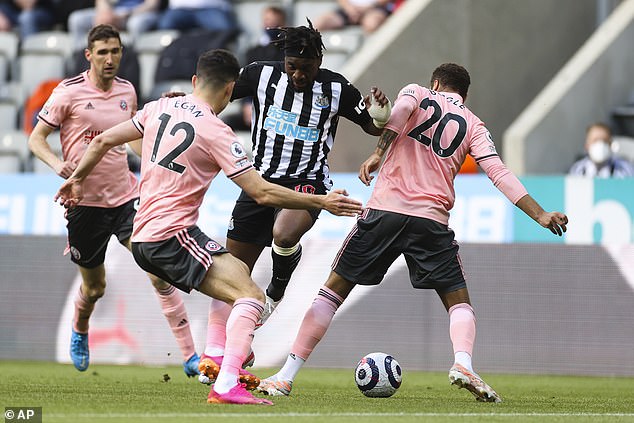 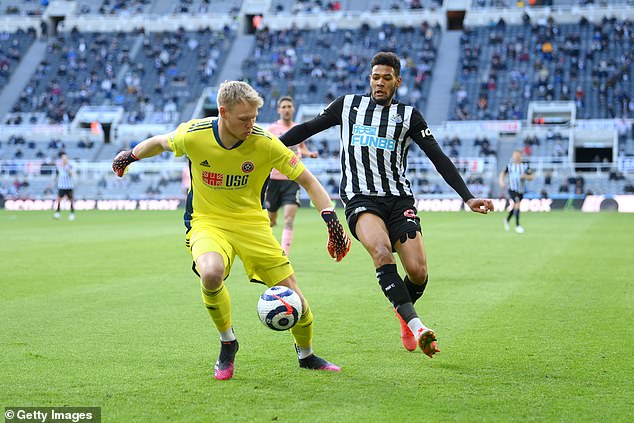 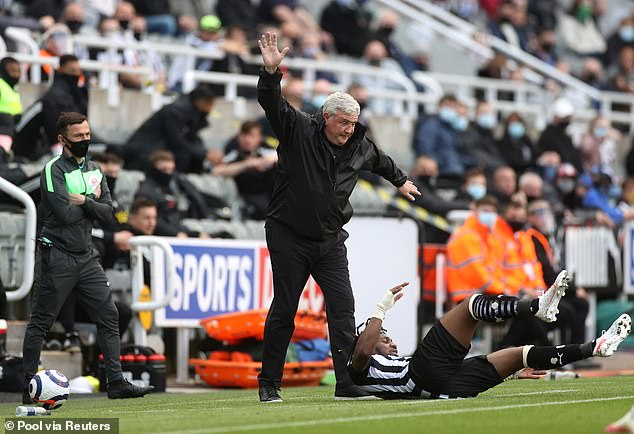 In fairness to Sheffield, they were the better team after the break and McGoldrick cracked the angle of post and bar on 75 minutes.

By then, Saint-Maximin had retired hurt and his absence laid bare a little how much Newcastle rely on him.

Bruce was subject to one derogatory chant and there were some pro-Rafa Benitez noises emanating from the crowd, but this felt like a positive occasion with fans back inside St James’ Park after 14 months away.

It was the first time they had seen Willock, and they will be hoping it is not the last. 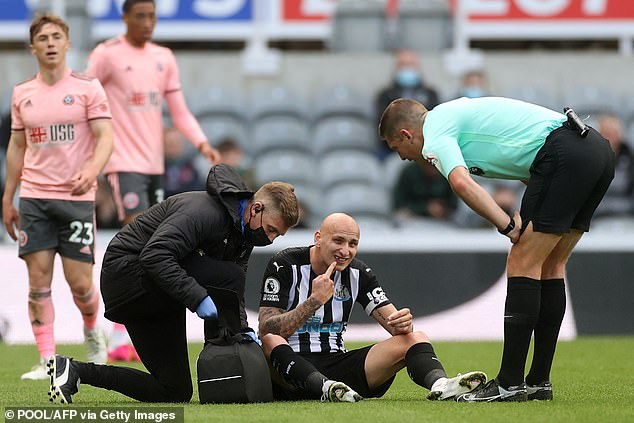 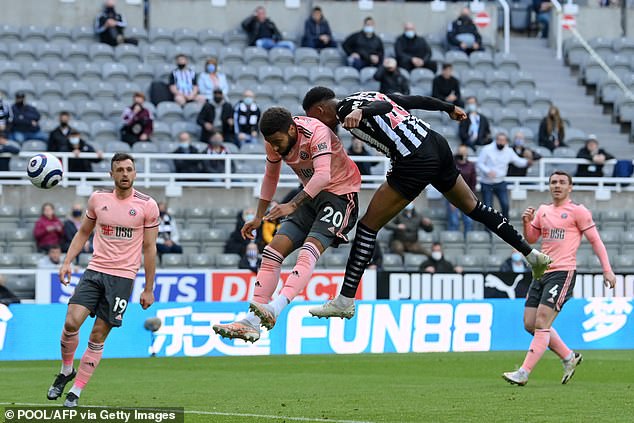 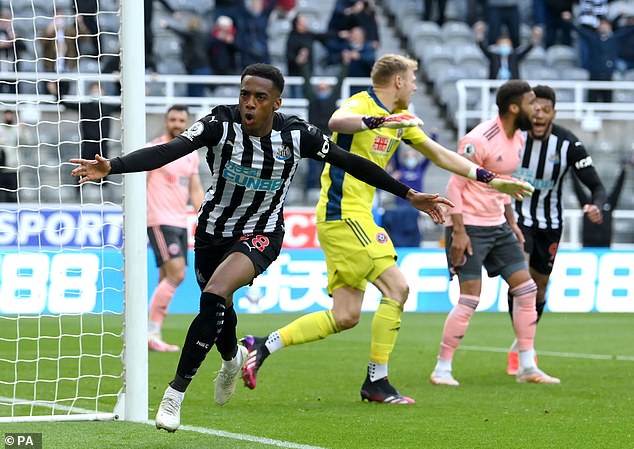 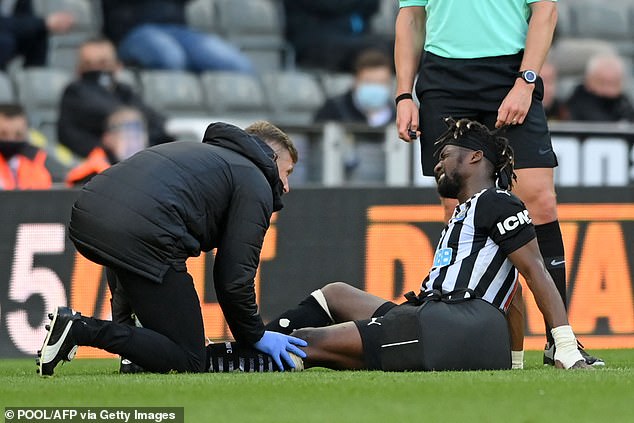 In a blow to the Magpies, Saint-Maximin was forced off with an injury during the second half