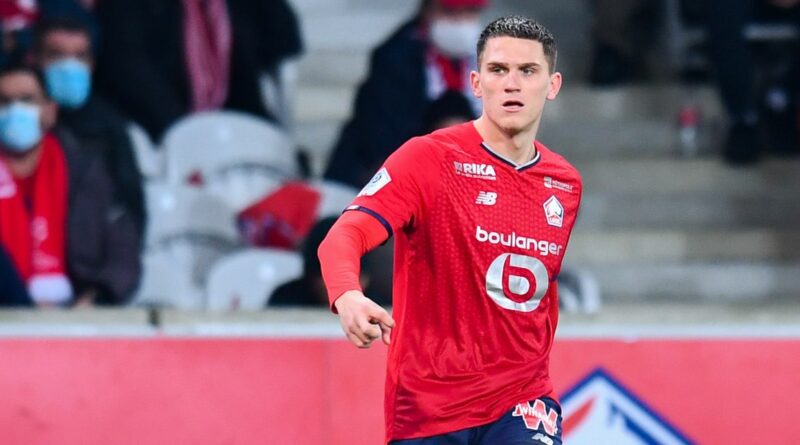 Newcastle United are proving to be 'danger no.1' to AC Milan in the pursuit of Lille defender Sven Botman, according to reports in Italy.

With veteran centre-back Simon Kjaer out for the remainder of the season, the Rossoneri are in the market for a towering defender and 6ft 5 Dutchman Botman tops their winter wishlist.

Though Stefano Pioli's side aren't the only contenders for the 21-year-old's signature.

Newly-bought Newcastle United are also eyeing a move for Botman as the Saudi Arabian Public Investment Fund aim to buy their way out of relegation.

The Magpies currently sit second-bottom of the Premier League table, having won just one game all season.

Sky Italia report that although the Dutch U-21 international is more interested in a move to the Serie A challengers, Newcastle are ‘danger number one’ to the Italian club in the race to sign Botman.

AC Milan are unwilling to meet Lille's €20m (£16.7m) asking price and are instead entertaining the concept of a loan move.

The Rossoneri are stalling on offering a permanent transfer to the Ligue 1 side due to Lille's troubling financial situation.

Will Newcastle United have enough to survive? Let us know in the comments section.

Meanwhile, Newcastle chiefs are readying Eddie Howe with a January war chest after the Saudi-led consortium completed a £300m takeover in October.

The report states the Magpies can easily afford the £16.7m fee and would waste no time trying to barter with Les Dogues.

The Tyneside club are also ready to offer Botman a bumper salary in the hope of avoiding a third relegation from the Premier League.