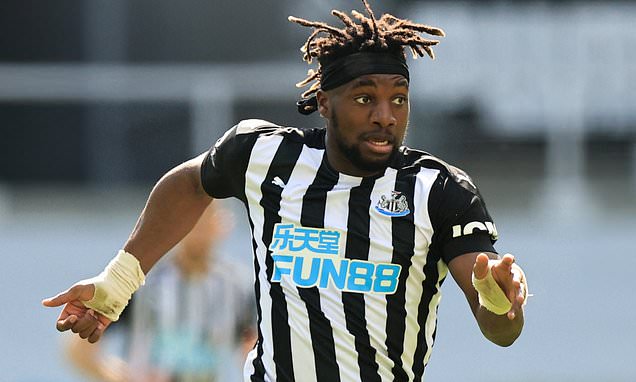 Steve Bruce is determined to hang on to Newcastle’s star man Allan Saint-Maximin with his blistering run of form having alerted potential buyers to his blossoming talent.

The 24-year-old Frenchman has played in the Magpies’ last four games after recovering from a groin injury, and they have won two of them – he scored the decisive goal at Burnley on April 11 – and drawn the other two.

Saint-Maximin’s high-octane approach to his craft and the trickery he combines with it have won him fresh admirers in his second season in the Premier League, but head coach Bruce has issued a hands-off message over a man who signed a new, improved six-year deal in October last year. 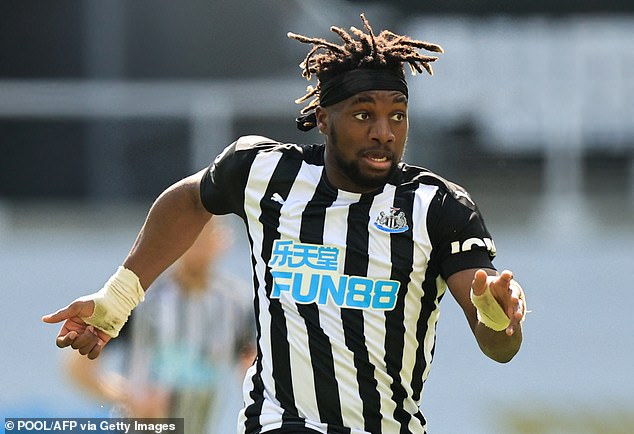 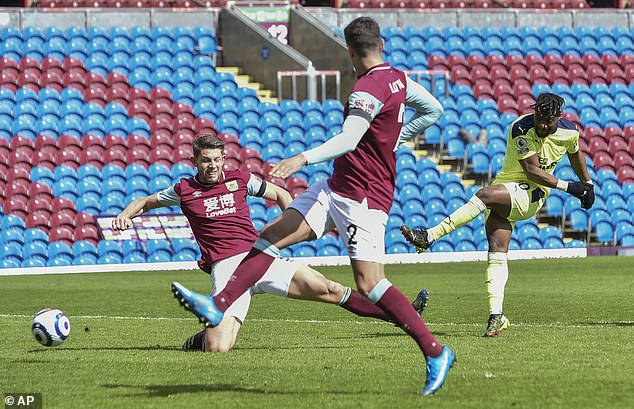 He said: ‘Look, the last thing we want to be doing is selling our best players. For Allan himself, he needs to find a consistency, as in staying well and staying fit.

‘Covid hit him badly, but you can see when he’s playing and he’s playing injury-free, then he is a special, special talent, which inevitably will draw interest, of course.

‘But the last thing we want to be doing is selling our better players.’

Saint-Maximin’s importance to Newcastle cannot be over-stated – he has played in seven of their nine league wins this season – but has managed only 20 appearances in 33 top-flight fixtures to date through a combination of injury and the debilitating effects of coronavirus. 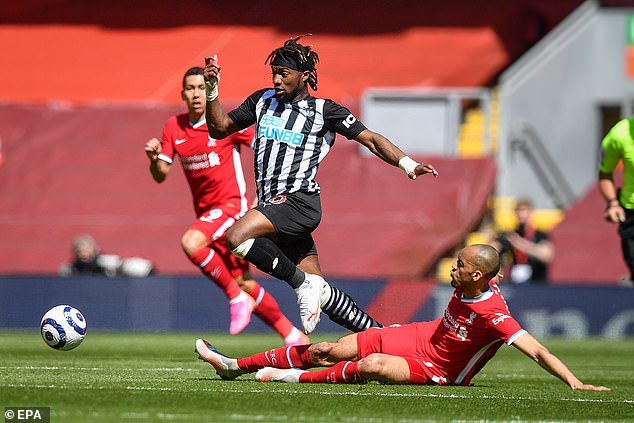 Bruce said: ‘You only have to watch him once to realise that he’s a really, really, gifted, talented footballer.

‘He’s got a wonderful talent, we understand that, but he’s got to find that consistency which every big player needs and of course, stay well.

‘Covid struck him really badly, really, really badly. For him not to do anything for over two months – not even get above a walk, really – was difficult for everybody especially him.’

Saint-Maximin’s most recent absence coincided with that of leading scorer Callum Wilson, although the Englishman now has three appearances as a substitute under his belt and Bruce is confident he is ready to start against Arsenal at St James’ Park on Sunday. 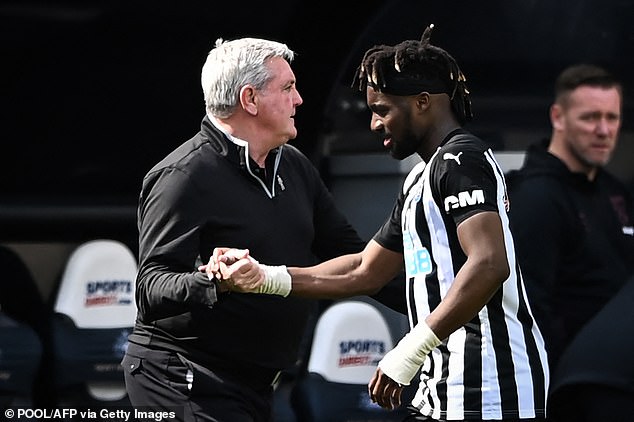 Loan signing Joe Willock, who has scored in each of his last three games after coming off the bench, is ineligible against his parent club.

Bruce, who has made no secret of his desire to complete a permanent deal for the midfielder, said: ‘To get three in three coming on as a sub has got everybody talking about Joe Willock. He’s done very well for us as a young lad, a really young lad, and we’re delighted with him.’

However, the former Manchester United defender’s pursuit of Willock may not be straightforward as a result of the impact of the coronavirus pandemic on the funds available to clubs this summer. 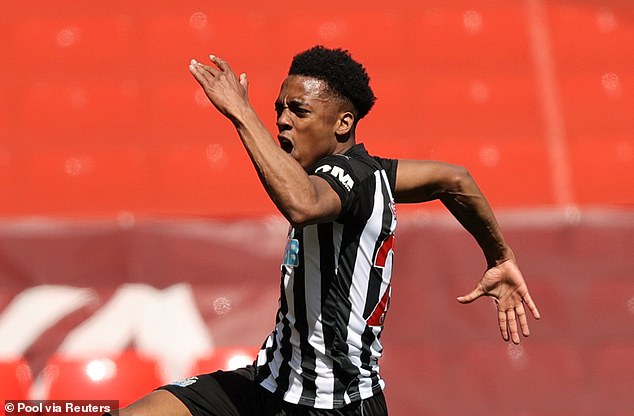 Cristiano Ronaldo criticised the Juventus midfield and he has a point