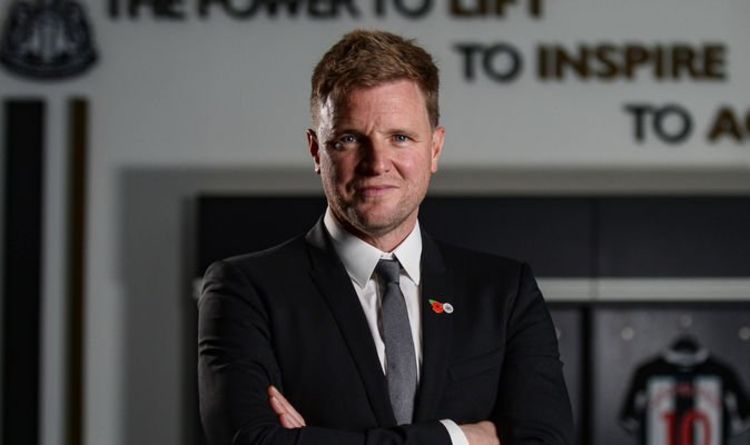 Newcastle boss Eddie Howe reportedly has a clear transfer philosophy ahead of his first window as manager of the Magpies. The role of transfer chief at St James’ Park is still currently vacant, but with a potential £200million spending spree in the pipeline, it could be a January to remember in the north-east.

Howe has had the majority of the international break to bed in after being named the permanent successor to Steve Bruce.

A former member of the Bruce backroom team, Graeme Jones, had been in temporary charge for three games, although Newcastle are still without a Premier League win.

They are the only team in the division to be branded with that unfortunate tag, leaving them five points from safety at this early stage.

Saturday’s tie with Brentford is therefore a crucial one, and results are expected to pick up after January reinforcements are brought in.

JUST IN: Liverpool have nine injured stars ahead of Arsenal clash as Andy Robertson undergoes scan

The Magpies have been linked with plenty of lucrative targets in light of their newfound riches, with Eden Hazard and Ousmane Dembele among a host of big names.

Financial Fair Play regulations combined with early commercial deals are set to permit Staveley and co. a £200million transfer blowout over the next three years.

However, according to The Athletic, splashing the cash on out-of-form superstars is not exactly the way Howe likes to conduct business.

Instead, those who have worked with him in the past cite his desire to work with a very specific type of footballer.

The key attributes needed are reportedly technically-gifted players, those with solid game intelligence and unwavering commitment to the team.

Working hard seems to be a running theme in terms of who Howe likes to work – something Newcastle target Dembele is not renowned for.

The Frenchman was recently left red-faced under new boss Xavi at Barcelona when he turned up late to his first day of training.

While this may lead Howe down a very specific path in the January transfer window, he and Newcastle are unlikely to blow their entire war chest at once.

Indeed, Staveley has recently cited the need to spread that money over a longer period of time, although the club’s owners view staying in the Premier League this season as absolutely essential.

“We’re really excited about strengthening the squad, but we have to work within Financial Fair Play and make sure this is done over a longer term,” she told Sky Sports.

“But you can know and be reassured that we want to invest at every level. We want to get the best squad we possibly can.

“Everybody talks about it [big name players], but what you need is a team that works well together. That’s also just as important.”

Premier League: One positive coronavirus result from latest round of tests

Willian urges Chelsea to take their chances after Brighton win 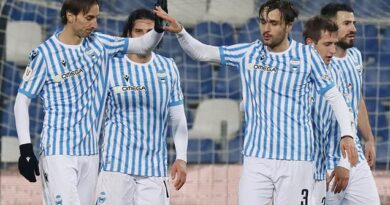