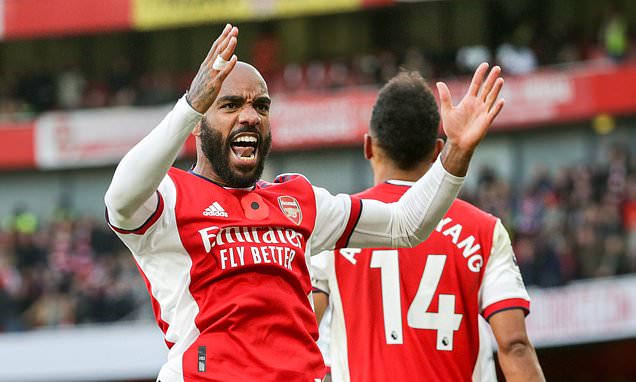 Newcastle are set to battle LaLiga champions Atletico Madrid for Alexandre Lacazette, according to reports.

The Arsenal forward is out of contract at the Emirates next summer and will be free to open talks with clubs in January.

According to Spanish outlet La Razon,  Atletico could look to Lacazette as a cheaper backup for Red Bull Salzburg wonderkid Karim Adeyemi, who is being tracked by a number of Europe’s elite.

The 19-year-old is one of the most sought-after young talents in world football after the starlet’s superb start to the season, in which he already has 15 goals to his name. 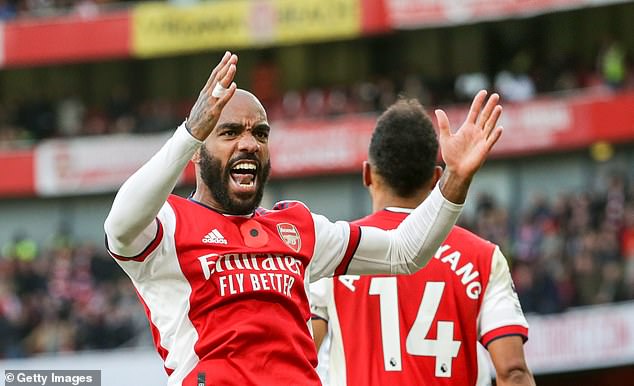 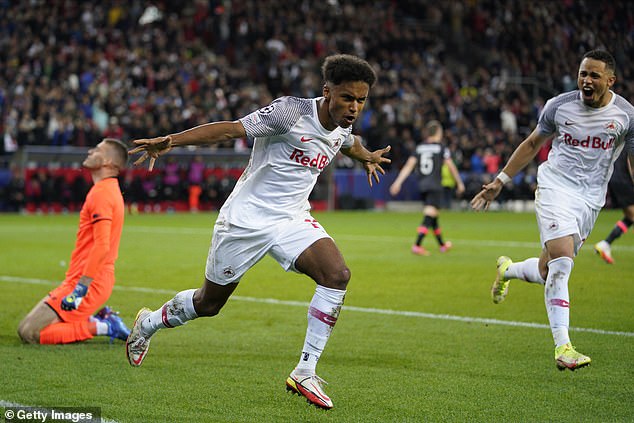 But he is thought to come with a price tag between €30-40million (£26-34m) which has deterred the LaLiga side.

Instead, Diego Simeone could line up a move for Lacazette as a short-term fix.

Atletico’s rumoured transfer plans come as a blow to newly mega-rich Newcastle who are said to be monitoring the Frenchman ahead of the January window.

The Magpies are not in the strongest position to lure Lacazette to the North East as they find themselves with a relegation battle on their hands, while the Madrid club are sure to secure European football in some form of another. 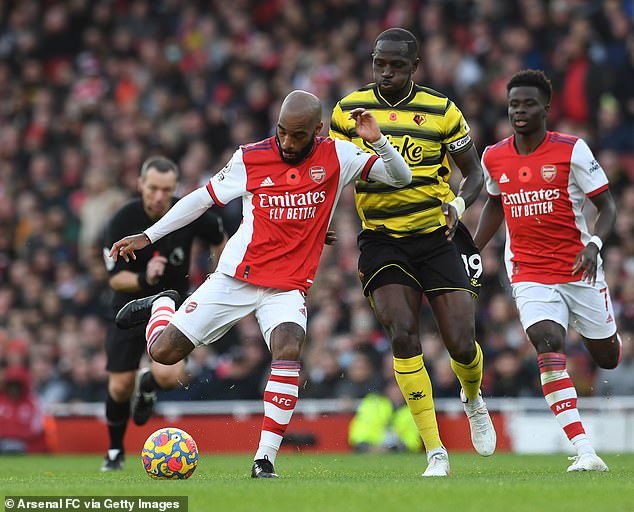 However, Premier League star Kevin Phillips has urged Newcastle to try their luck, telling Football Insider: ‘I have always been a big fan of Lacazette. I think he’s a great player. He would be an amazing signing for Newcastle.

‘He needs to play week in, week out. I get the impression he feels he is not loved at Arsenal. Perhaps he feels he does not get the credit he deserves.

‘In my opinion, he is a class player. If you played him week in, week out, you would reap the rewards.

‘If I was a Newcastle fan and Lacazette came in, I’d be very excited. I know he is blessed with a lot of talent. He’d be a great signing in January.’ 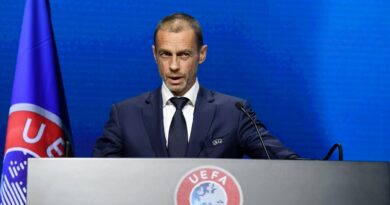