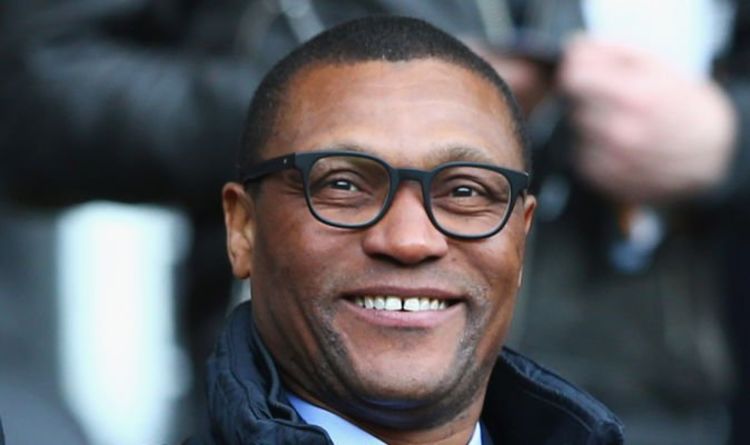 Newcastle United have reportedly pinpointed Michael Emenalo as their top target to become the club’s sporting director in the coming days. The former Chelsea technical director would take up the crucial role of transfer chief before the January window, where the Magpies are keen to reinforce their relegation-threatened squad.

Almost three weeks ago, Steve Bruce parted ways with Newcastle and Graeme Jones, a member of his backroom team, was placed in temporary charge.

Three Premier League games later, Newcastle are still without a win and are currently stranded five points from safety.

Eddie Howe’s official appointment is one step the new owners have taken to put the club on the right track, while the vacancy of sporting director is also expected to be filled soon enough.

Marc Overmars was believed to be their primary target, although the Dutchman reportedly snubbed their approach to stay put at Ajax.

According to The Telegraph, Emenalo is now the Magpies’ ‘leading contender’ to fill the role.

He had been spotted in Saudi Arabia last week, where he was presumed to be holding talks with the club’s new owners.

The Nigerian served as Chelsea’s technical director between 2011 and 2017, where he spotted talents like Kevin De Bruyne and Romelu Lukaku.

Negotiations are expected to be free-flowing during the international break, with the two-weak hiatus from action giving Emenalo some breathing room to bed in.

That does not take away from the fact that time is of the essence, however, given the January transfer window lurks just around the corner.

Currently, they are still stranded in the relegation zone so serious squad reinforcements, coupled with Howe’s new ideas, will be needed to avoid disaster come the end of the campaign.

Financial Fair Play regulations are set to permit the Toon a massive £190million transfer blowout, so a number of ambitious targets are believed to be in the pipeline such as Eden Hazard.

Emenalo’s experience with Chelsea, and his subsequent overlap with Hazard, could even help them land the Belgian.

He also won an enviable hoard of trophies with the Blues, something Amanda Staveley and co. will hope to emulate over the coming years.

“Newcastle United deserves to be top of the Premier League. We want to get there. It will take time, but we will get there,” she told Sky Sports in October.

“We want to see it get those trophies, obviously. At top of the Premier League, in Europe, but to get trophies means patience, investment, time.