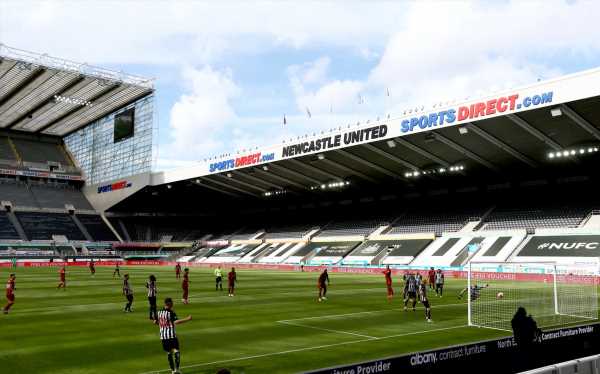 The Newcastle takeover could be back on

The Newcastle United takeover could be back on after Saudi Arabia indicated it would lift its ban on broadcaster beIN Sports.

The Qatari network has been unable to broadcast in Saudi Arabia for the last four-and-a-half years as part of a diplomatic dispute but the ban is set to come to an end.

The broadcaster is also understood to have been approached by Saudi Arabia to settle its one billion dollar (almost £736million) arbitration case.

Along with the turning off of the beoutQ pirate network and other pirate networks by the Saudis, it appears to remove at least some of the hurdles for a Saudi-led takeover of Newcastle.

beIN is the legitimate Premier League rights holder in the Middle East and North Africa (MENA) region and signed a new three-year deal last December understood to be on the same terms as the last agreement – around 500m US dollars (almost £368million).

As things stand, the club and the Premier League are set to enter arbitration over the takeover, with a separate competition law hearing confirming last week that the arbitration hearing would start on January 3.

The takeover would involve Saudi Arabia’s Public Investment Fund (PIF) taking a controlling 80 per cent stake in the club.

The consortium withdrew after the Premier League identified the Saudi stake as a director with control over the club, which would have made it subject to the league’s owners’ and directors’ test as part of the takeover process.

The Competition Appeals Tribunal heard last week the league had been “improperly influenced” by beIN and rival Premier League clubs in its consideration of the takeover.

Daniel Jowell QC, acting for St James Holdings Ltd, said the broadcaster and the clubs’ “active lobbying” of the league “distorted the Premier League’s fair and objective application of the rules”.

The deal has also been criticised on the grounds of Saudi Arabia’s human rights record.

Amnesty International has previously warned the Premier League against becoming a “patsy” for Saudi attempts to sportswash its image.

The development comes with unrest amongst Newcastle fans mounting once again following a winless start to the new season which extends to seven Premier League games and eight in all competitions.

That has left head coach Steve Bruce firmly in the firing line with 94.3 per cent of more than 5,000 respondents to a survey conducted by the Newcastle United Supporters Trust calling for the 60-year-old to resign.

Nevertheless, there is currently no appetite within the Magpies’ hierarchy to remove Bruce from his post, although whether that remains the case if the run continues – they face Tottenham and Chelsea at St James’ Park either side of a trip to Crystal Palace this month – only time will tell.