American businessman Henry Mauriss is the favourite to buy Newcastle after the proposed £300million takeover by Saudi Arabia’s Public Investment Fund was called off.

A statement read: “With a deep appreciation for the Newcastle community and the significance of its football club, we have come to the decision to withdraw our interest in acquiring Newcastle United Football Club.

“We do so with regret, as we were excited and fully committed to invest in the great city of Newcastle and believe we could have returned the club to the position of its history, tradition and fans’ merit.

“Unfortunately, the prolonged process under the current circumstances coupled with global uncertainty has rendered the potential investment no longer commercially viable.” 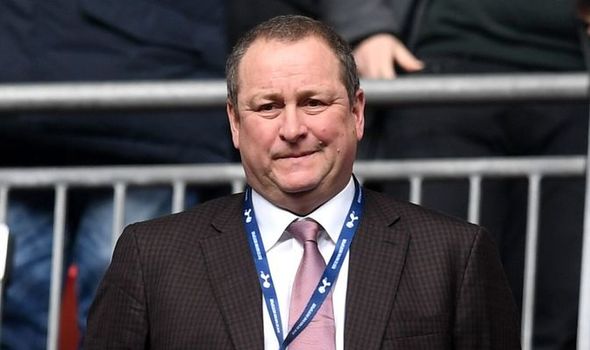 Ashley is still prepared to sell Newcastle and has been in talks with Mauriss since the start of a month after an exclusivity clause in the deal with the Saudi’s expired.

Mauriss is the CEO of Clear TV Media and is understood to have the funds in place to complete a deal with Ashley.

It will come down to whether he can pass the Premier League’s owners’ and directors’ test.

Following the announcement from Saudi-led consortium, the Newcastle United Supporters Trust has called for answers about what went wrong.

A statement said: “The supporters of Newcastle United have been treated with contempt by large parts of the football media and the Premier League during this failed takeover process it’s been made clear that we are the least important people in a decision which affects us the most. We need answers.”

The ongoing row between Saudi Arabia and Qatar over piracy is thought to be one of the major reasons for the takeover collapse.

Qatar-owned beIN Sports, who own the rights to show Premier League matches in the Middle East, have accused the Saudis of allowing piracy group beoutQ to stream the channel into homes.

Last month, the World Trade Organization ruled that Saudi Arabia failed to prevent it and in retalition they banned the broadcaster in the country.

Speaking on Sky Sports News, former defender Steve Howey said he was devastated at the news.

He said: “It’s devastating. The fans, everyone concerned with Newcastle – the whole city – was hoping for this to go through.

“Mike Ashley’s tenure hasn’t been a happy one. Newcastle fans have been through this before but I think people got behind this one and thought it would happen. Doubt does come into your mind when it lingers on but I was still optimistic that it would go through.

“My heart sunk. It’s devastating for the fans, who had the cans ready to celebrate. This will cut very deep. Everyone had such great hopes about where the club might go and who they might buy.