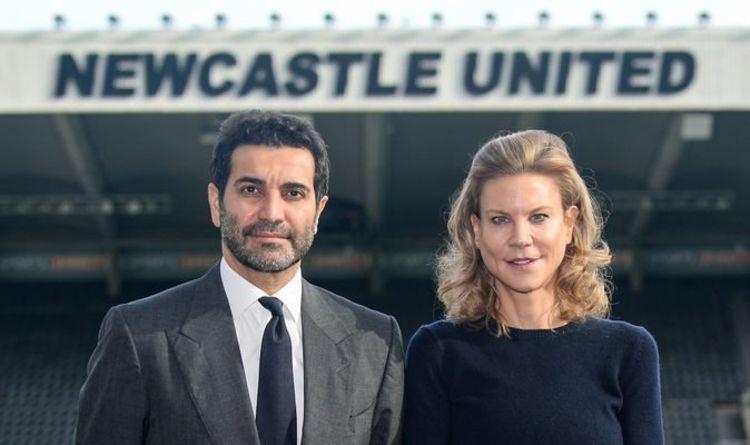 Newcastle United’s new wealth is unfathomable with fans across the country unsure as to how the new owners will spend their money. And with newfound stars reportedly on the transfer shortlist, it appears the new manager will have a squad laden with talent.

Newcastle’s search for a new manager is likely to ramp up again this week with reports that Steve Bruce will be sacked before the weekend.

The Newcastle-born manager has been at the helm at St James’ Park for two years.

That is set to come to a stop by Sunday’s clash with Tottenham Hotspur, with chiefs wary that Bruce still being in a job by then could sour emotions amongst an expectant crowd.

And with fans unhappy with his tactics, results and overall demeanour, there are calls for him to be ousted from the job immediately despite recording 12th and 13th-placed finishes in his two seasons.

With the money that is set to be introduced on Tyneside, a bright, new manager is set to be announced – and a whole host of stars could reportedly follow suit.

Eurosport states that their long-term vision could include the signing of Harry Kane, Raheem Sterling and Declan Rice amongst others with an almighty English spine.

But in January, their strategy will be different – looking for stars in sticky situations at other clubs in a bid to sign them for cheap.

Newcastle currently sit 19th in the Premier League, with no wins meaning their immediate future needs to be resolved.

And with that in mind, Anthony Martial, Luka Jovic and Alfredo Morelos are some of the names being checked out to propel them out of the relegation zone.

Martial has been a peripheral figure at Manchester United for the last two seasons, but his quality is undeniably there for all to see.

Jovic is a similar story – the Serbian moved to Real Madrid in 2019 after stellar form at Eintracht Frankfurt, but has failed to hit the ground running and needs a move elsewhere in order to realise his potential.

Eurosport add that Morelos, Jesse Lingard, Phil Jones, Ross Barkley and Philippe Coutinho have all been linked with a move to Tyneside.

Bar the Columbian striker, they all fall into the category of being surplus to requirements at their clubs, with Lingard reportedly having turned down a contract at Old Trafford in a bid to reignite his career.

And that could be done at St James’ Park, where he would likely be one of the star men in the side.

Newcastle will look to gain their first win of the season when Tottenham visit on Sunday afternoon.