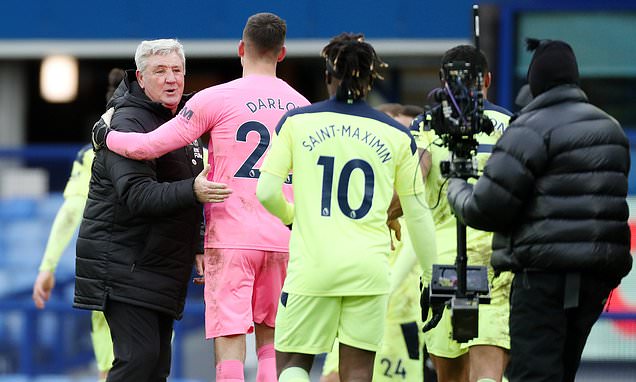 The image Steve Bruce conjured was far removed from the reality of a bleak afternoon on Merseyside but his enthusiasm was understandable.

‘If you saw the dressing room, you would think we had just won the European Cup,’ Bruce enthused. Relief was written all over the Newcastle manager’s face. No wonder.

He has spent two months in football’s equivalent of the stocks, being lampooned after every bad result. But at exactly the right moment, here was a performance as bright and bold as the team’s striking yellow kit. 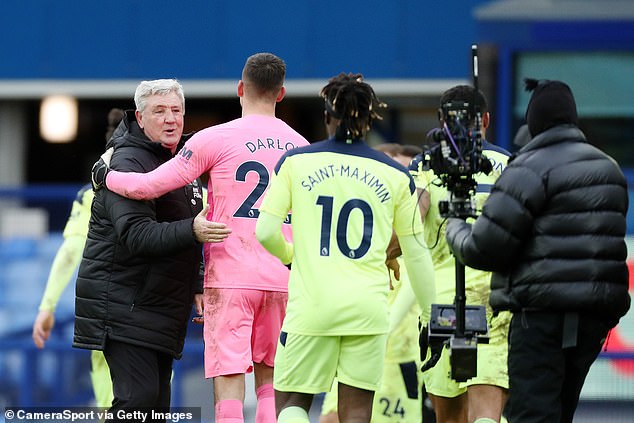 This 2-0 victory over Everton — more commanding than the score suggests — was richly celebrated by the players and Bruce, along with owner Mike Ashley’s lieutenants Justin Barnes and Keith Bishop at Goodison Park.

When a team endure the kind of run that Newcastle have been on, struggling for goals and cohesion and points, the assumption would be that the team are not playing for the manager, but nothing could have been further from the truth at Everton.

Two incidents, late in the game, proved this: the first came as Everton tried to find an equaliser, the ball broke down their left and Lucas Digne seemed sure to get there but Javier Manquillo, Newcastle’s right back, hurled himself into a challenge to cut out the danger.

The second came in added time when, from an Everton corner, Newcastle’s excellent left back Jamal Lewis went through the pain barrier to set up an attack that led to Callum Wilson doubling his tally. Both men had surged 70 yards to make it happen.

‘It breathes a bit of confidence,’ said Bruce.

‘We’ve all had to endure the wrath of everyone, so it was good to see them enjoy the win. 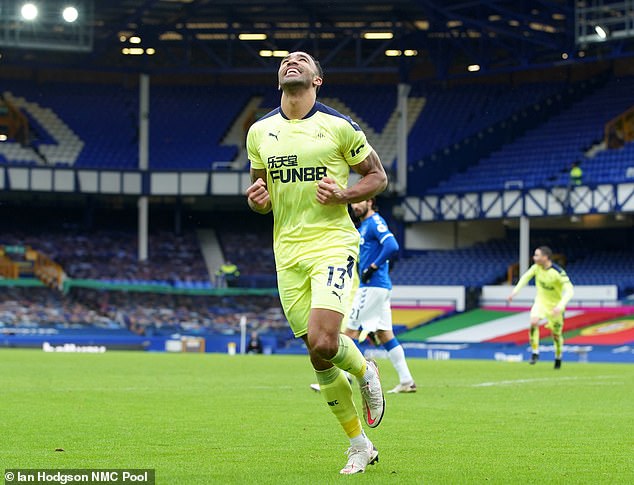 ‘It means a lot to them. The performance was the most important thing. I was delighted with the application and the result.’

So he should be. This, without question, was their best effort of the campaign and while they must now back it up against Crystal Palace and Southampton, they looked bold and dynamic. 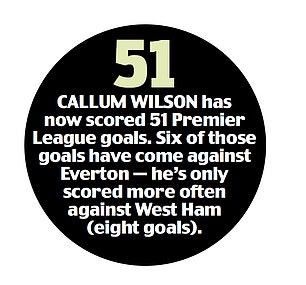 Wilson, especially, was a menace and should have scored four. ‘You have to have that belief and it’s a bit of pressure lifted,’ said the forward. ‘But we know we have to build on it.’

If Bruce was beaming, Carlo Ancelotti was bemused. His summary could have been pulled from any weary parent’s vocabulary — ‘I’m not angry, I’m just disappointed,’ he said — and his exasperation was obvious. Richarlison, the Brazilian whose poor form is a worry, epitomised their efforts.

‘He has to be more focused, he has to sacrifice more,’ said Ancelotti. ‘There is no other way I know to improve. I think he is not in a good moment because the statistics talk.’

Do Manchester City need a rebuild after slumping to derby defeat?