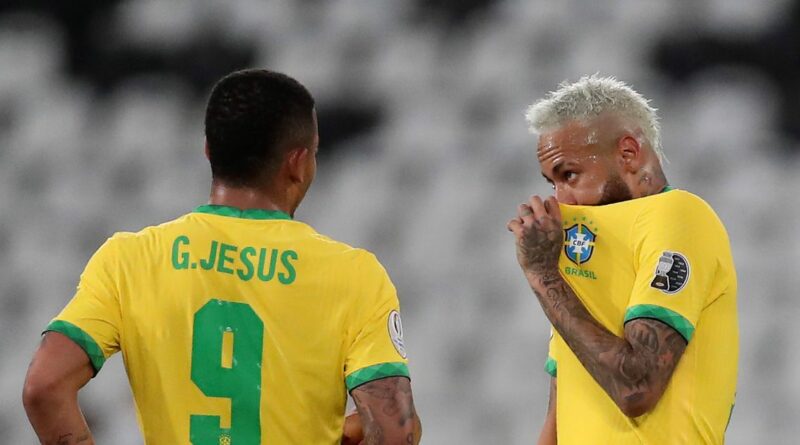 Footballers and tattoos are a classic pairing, with a wealth of huge names sporting famous ink over the years.

David Beckham's art was legendary, while little maestro Lionel Messi has them all over his arms.

Daniele de Rossi hilariously had had a stick man being slide-tackled in a warning triangle and Thierry Henry has his daughter’s face and the Empire State Building down his left arm.

With so many tats popping up in the beautiful game, it’s often more striking when players don’t have any – think Ronaldo and Salah.

One type of tattoo that does stand out, however, is when two players have matching tats, especially when they don’t play for the same club.

Such a pairing can be spotted in the modern game, with two Brazil teammates rocking the same ink.

Neymar and Gabriel Jesus have both shown off their matching inkings, posing for a picture together back in December of 2015.

The harmonised artworks show a young kid in a backwards baseball cap facing away from the viewer and with a football under his right arm.

His feet are bare as he stands on what appears to be the top of a penalty area. In front of him a Brazilian favela rises up high, many storeys of corrugated metal roofs, phone lines and living quarters squeezed together.

It is possible the location is Mogi das Cruzes, where the older Neymar – now 30 – was born.

The boy dreams of playing football on a proper pitch, the Champions League trophy and a new house.

Jesus’ is almost identical – the boy wears plain shorts rather than pattered, and what the boy dreams of is slightly different.

The two played together at the 2016 Olympics in Rio de Janeiro back when Jesus was just 19.

Now 25, it seems the former Palmeiras man followed in his older teammate’s footsteps.

The other key difference is that in his thought bubble, Gabriel’s little boy has a football pitch alongside a bubble saying Jo.Peri.

Jesus was born in São Paulo and grew up in a neighbourhood called Jardim Peri, which is likely what his speech bubble is about.

Neymar too was born in São Paulo, in Mogi das Cruzes. 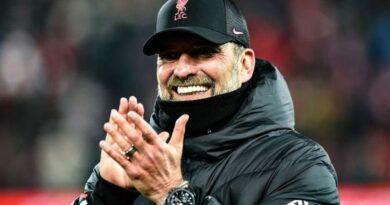