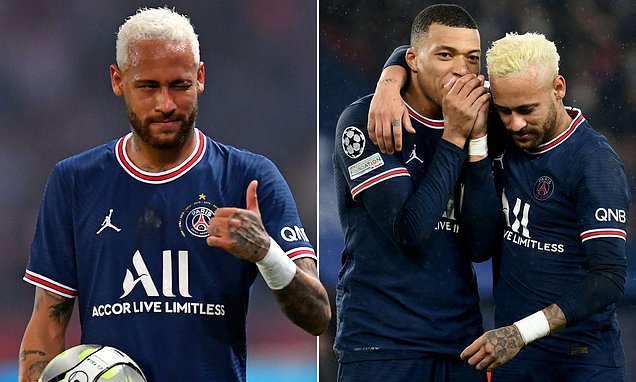 Neymar ‘exercises the option to extend his £24m-a-year PSG contract, keeping him at the club until 2027 and ending speculation that the Brazil star could LEAVE the French giants’

Neymar has reportedly exercised an option to extend his contract at Paris Saint-Germain – which could end speculation over the Brazilian forward’s future.

The 30-year-old has been linked with a move to clubs including Chelsea and Newcastle following reports that PSG had informed the player that he was no longer wanted.

The French giants are trying to free-up cash to pursue their summer targets and Neymar appears the most vulnerable of the famed front three, with Lionel Messi’s place safe and Kylian Mbappe having agreed to stay after signing a bumper new deal worth a huge £650,000 a week. 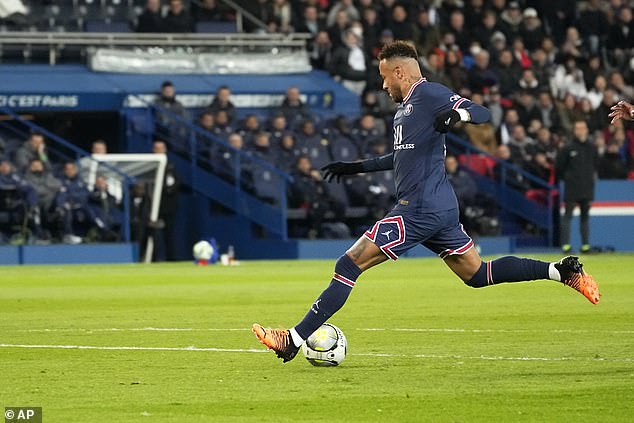 Neymar has activated an extension to his current contract at PSG, according to reports

Mbappe’s contract also authorises him to have a meaningful say in the club’s wider decision-making.

According to RMC Sport, Neymar, who arrived in Paris for a world-record transfer fee of £199.8m in 2017, has been told he is surplus to requirements ahead of the new season as PSG pursue a fresh start.

Neymar reportedly felt targeted by Nasser Al-Khelaifi earlier this summer as the club president spoke out to address PSG’s shortcoming last season, and was considering an exit from the Parc des Princes.

But the Sport newspaper reported Neymar has instead opted to exercise the option on his contract, which would keep him in Paris until 2027. 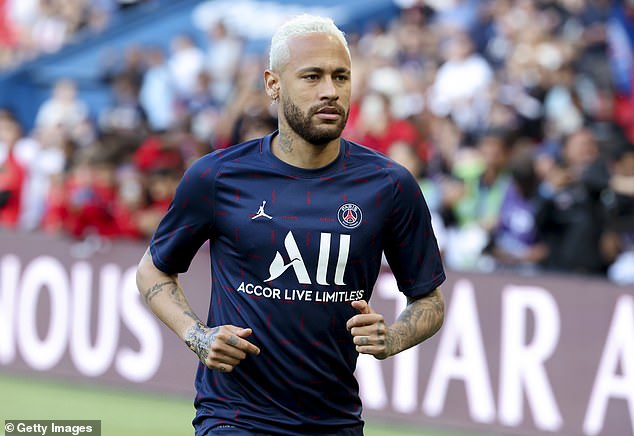 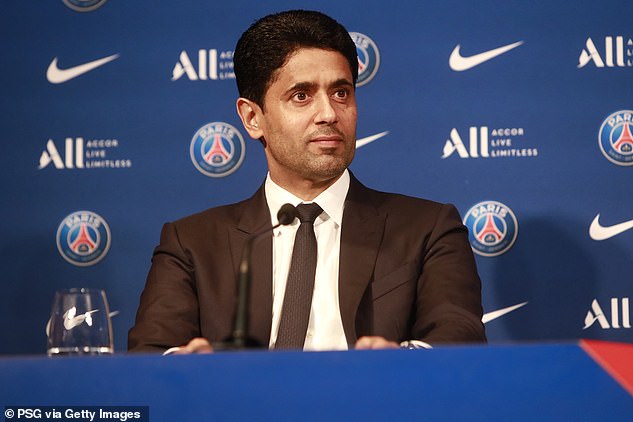 Neymar is under contract at PSG until 2025 having extended his deal in 2021. He is believed to be on a £24m-a-year contract, meaning any potential suitors will have to empty their pockets should they wish to land the Brazil star.

The forward netted 13 league goals in 22 appearances during PSG’s title-winning campaign last season, having suffered from an ankle injury between December and February.

‘A possible departure of Neymar this summer? What I can tell you is that we expect all players to do a lot more than last season. A lot more!’, Al-Khelaifi told Le Parisien.