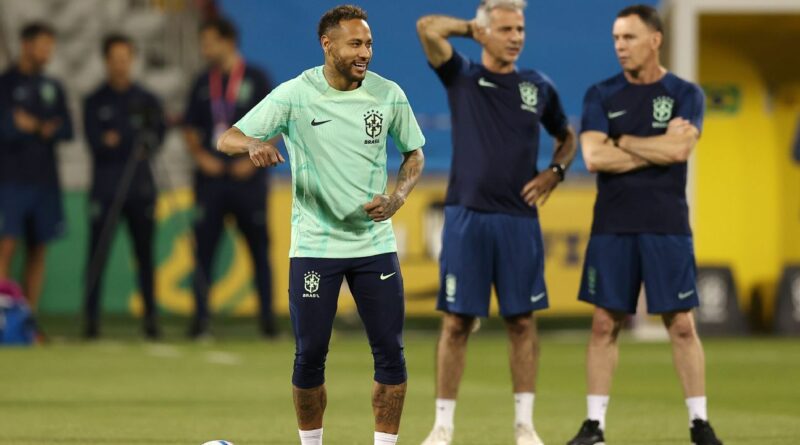 Nothing embodies Thanksgiving like watching the World Cup, but that’s where we are at with this particular edition. With Turkey Day tomorrow, we expect a feast of football with tournament faves Brazil in action against Serbia, Cristiano Ronaldo and Portugal taking on Ghana and Uruguay squaring up against South Korea in a matchup of sleeper teams.

But Wednesday’s results proved to be a worthy appetizer to Thursday’s cornucopia. Japan surprised Germany, while Canada were unlucky against Belgium. And perhaps inspired by the full slate of upcoming NFL action, Spain scored a proverbial touchdown over Costa Rica in a 7-0 thrashing.

Be sure to check in with ESPN throughout the tournament as we bring you the latest from Qatar. Here’s what you may have missed from Wednesday’s World Cup happenings.

We saw Argentina lose to Saudi Arabia in a monumental upset on Tuesday, and earlier Wednesday four-time World Cup winners Germany went down against Japan. Will Brazil, the overall favorites to lift the trophy in Qatar, suffer a similar fate against Serbia on Thursday?

Anything can happen, but Brazil coach Tite has put his side on notice to not take anything for granted at this stage, telling reporters that “every team is proud and wants to do its best in a World Cup.” That especially rings true for his squad, looking to win an unprecedented sixth title and their first one in 20 years.

“I can’t take the responsibility of the last 20 years, only four,” he said. “We have a great country, passionate about football, and this also serves as a tool for education. We not only have pressure, but we take advantage of it, because dreaming is part of life.”

When Brazil take the field, they’ll arguably have the deepest and most balanced squad of any at the tournament, with playmakers at all positions. Alisson is one of the best goalkeepers in the business, and there are few centre-backs with the speed and quality of Marquinhos, partnered either with the class and experience of Thiago Silva or the speed of Eder Militao.

And as for Neymar? The lofty expectations for him in a Brazilian jersey have always seemed unfair but that will change if he does two things: win the World Cup, and score three more goals to break Pele’s record of 77 for most by a Brazilian men’s national team player. No pressure.

“I don’t understand your persistence on this subject because there is nothing.” That was what Portugal midfielder Bernardo Silva told a swarm of reporters on Wednesday about the roiling drama surrounding Cristiano Ronaldo’s club situation.

To recap, Ronaldo bashed Man United in a very public way, which has led to some awkward moments with his teammates, and ultimately he and the club decided to go their separate ways. All this while Portugal prepares for Thursday’s game against Ghana — not to mention the fact that the owners of Manchester United are eyeing a potential sale of the club.

But to counter Silva’s beleaguered response, there is something to this subject. It is Ronaldo after all, eyeing a final shot to win the one major trophy not his cabinet, and now a free agent to sign with any club he wants.

Sources have told ESPN that Ronaldo — who did not speak with reporters — is set to start against Ghana on Thursday, but that Portugal coach Fernando Santos is already thinking about dropping him for their second game against Uruguay. Santos still believes Ronaldo is Portugal’s best player “in the box,” but given that he is expecting more of the Uruguay game to be played between the two penalty areas, he’s considering other options.

Whether Ronaldo’s limited role is more tactical or an attempt to take the media glare of the team, we shall see. Regardless, there is likely relief in Portugal’s camp just to get the ball rolling.

While Black Friday activities in the United States are centered on standing outside an appliance store at 2 a.m. to buy a new television or washing machine, this year you can add England vs. USA to your list of activities.

With the United States squad drawing against Wales two days back, what are their odds of advancing out of their group? Is their match against England on Friday a must-win? If they don’t win, what must they do against Iran in the last group match? We break down all the scenarios and betting prospects here.

As for how the team is feeling after that tough 1-1 result against Wales, USMNT midfielder Brenden Aaronson’s description of the vibe in the locker room likely reflected the broader feeling from the fan base.

“Disappointed,” he said. “Everybody was pretty disappointed.”

All in all, expect some changes to the lineup against England. Aaronson could be starting in place of Weston McKennie in the midfield, and there could be more switches in up front and in the defense. Read up on the latest of what we are hearing from the USA camp.

And as for England, they are feeling a sigh of relief as star striker Harry Kane should be good to go despite an ankle injury scare, sources have told ESPN. The 29-year-old underwent a scan which is believed to have been more precautionary than in response to a deterioration in his condition after he was substituted with 14 minutes remaining of Monday’s 6-2 win over Iran.

The best bits from today

After fractured skull, Raul Jimenez’s road back to Mexico squad has been remarkable
Two years since his serious head injury, Jimenez will be key in Mexico’s World Cup run, but his return by itself is a joy.

Courtois denies superior Canada side and secures undeserved Belgium win
Belgium played poorly against Canada, with Hazard and De Bruyne invisible. But it didn’t matter, thanks to their keeper.

If you’re looking to bet on the World Cup, ESPN contributors Paul Carr, Dan Thomas and Dalen Cuff are here to give you key tips on odds, options and futures.

Here’s what we have for the Thursday matches.

Dalen Cuff: Switzerland is coming off an impressive run to the quarterfinals in last summer’s Euros which included taking out France in the round of 16. Essentially that same squad is back now who topped their group in qualifying ahead of Italy. I still have questions about their ability to score, but I know their defense and approach at the back is so solid, only allowing two goals in eight qualifying matches. I like the Swiss to keep a clean sheet +100.

Paul Carr: I like both teams to get a goal in this one (+120), with each team stronger in the midfield and attack than at the back. It’s always possible one team or the other gets conservative and locks things down defensively, but that’s not Cameroon’s style. Cameroon-born striker Breel Embolo could do the scoring honors for Switzerland, while Andre-Frank Zambo Anguissa and Toko Ekambi will find a way to get Cameroon on the board.

Cuff: I like Serbia’s team, so this isn’t a play about their futility — more so Brazil’s dominance. When people think of Brazil, they think flair, offense, o jogo bonito … they have that in spades, but defensively they are so solid. Only allowing five goals in all of South American qualifying and possessing arguably the best keeper in the world in Alisson. I like Brazil to win 2-0 (+145).

Carr: Brazil seem certain to score here, with nine (!) quality forwards on the roster and an average of 2.4 goals per game in qualifying. Serbia’s defense is solid and also gave up at least one goal in 11 of 14 qualifiers and Nations League games over the past two years. So I think we get goals here, one way or the other, and I like over 2.5 goals (-135), even with Aleksandar Mitrovic a matchday decision because of injury.

Thomas: Here we go then, the favorites to win it all. Brazil have been so much fun to watch of late and hopefully they can bring that quality into this tournament. Let’s hope for lots of goals. I’m taking over 3.5 (+185).

Cuff: Son Heung-Min may be more valuable to his South Korean team than any player in the tournament. Coming off that facial fracture, he has trained with a face mask on and it seems he will play. Son’s form remains a question while Uruguay have a great mix of veterans that have had success in this tournament and young blood now invigorating the group. I like Uruguay to win the group (+185) and start strong in their opener. Uruguay to win (-135).

Carr: Dalen basically stole my entire spiel here, as I also had Uruguay to win this group pre-tournament. Uruguay just has so much talent at every position, and an ideal blend of youth and experience. South Korea is better than you probably think, and Napoli’s Kim Min-Jae will always give the defense a chance. But that Uruguay midfield pair of Federico Valverde and Rodrigo Bentancur should be the difference in an Uruguay win (-135).

Thomas: I love Valverde and the odds for him to score anytime at +450 look generous to say the least.

Cuff: I think Portugal are better without Cristiano Ronaldo in the starting XI, coupling that with his exit from Manchester United leading to an icy and uncomfortable dynamic within the squad which was visible when Ronaldo showed up to Portugal’s camp. Manager Fernando Santos won’t sit him. Meanwhile, Ghana have some old heads who know what it’s like to get out of the group still on this roster. I like the Black Stars to get a result; my play is the double chance (win or draw) +200.

Thomas: Ronaldo anytime scorer +120. It has to be him.

What else caught our eye

Not only did Japan get the upset victory over Germany but the Samurai Blue fans also continued a wonderful postmatch tradition that has become a signature gesture at previous big tournaments.

And to close out, you have probably seen Saudi Arabia’s game-winning stunner over Argentina by now on every highlight reel and across all angles. But have you seen it reenacted with a bunch of Legos? 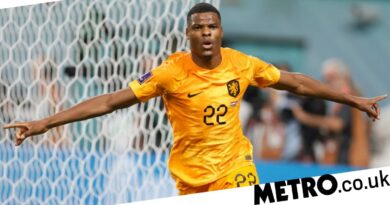 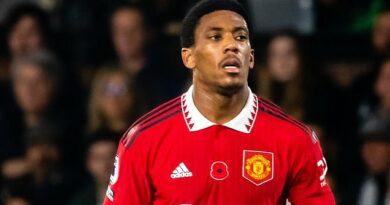