Neymar said Friday Nike’s claim that it parted ways with him last year because he refused to co-operate with its internal investigation into an employee’s accusation he sexually assaulted her was an “absurd lie.”

The allegation is the latest to stain the image of the Brazilian superstar, whose 222-million-euro ($351 million) transfer from Barcelona to Paris Saint-Germain in 2017 makes him the world’s most expensive footballer.

Nike said Thursday it had ended its sponsorship deal — worth a reported $210 million a year — with Neymar over an employee’s claim he tried to force himself on her and his failure to co-operate with its investigation.

“(To) state that my contract (with Nike) was terminated because I did not contribute in good faith to an investigation is an absurd lie,” Neymar wrote on Instagram.

Nike said the alleged assault happened in 2016, but was only reported to the company in 2018.

A-League: The Melbourne Victory were at their clinical best, running up the score on a sloppy Western United….

A-League: The Melbourne Victory were at their clinical best, running up the score on a sloppy Western United.

The US sportswear giant had sponsored Neymar, 29, since he was a 13-year-old prodigy.

It did not give a reason when it terminated its deal with him in August 2020.

The superstar is now a poster boy for Puma. His deal with the German sportswear giant was announced in September 2020.

Alleged victim claims: ‘They did nothing’

The Nike employee accused Neymar of trying to force her to perform oral sex on him in a New York hotel room during a promotional trip for a new line of sneakers, according to the Wall Street Journal, which first broke the story.

Neymar denied the accusation, and said Nike had nevertheless continued sending him on promotional tours.

“In 2017 I travelled again to the USA for another advertising campaign, with the same people, and nothing was told to me, nothing changed!” he wrote.

“In 2017, 2018, 2019 we made trips, advertising campaigns, countless shooting sections. And they told me nothing. Such a serious matter and they did nothing.”

In a previous statement, a Neymar spokeswoman said he and Nike had split for commercial reasons.

The player’s father accused the company of “blackmail.”

Nike said in a statement it was prepared to investigate in 2018 when the woman first came forward, but “respected the employee’s initial desire to keep this matter confidential and avoid an investigation.” The firm therefore did not go further until 2019, when she expressed an interest in pursuing the matter, it said.

Football: Trent Sainsbury joins the A-League coverage to discuss how the Socceroos are feeling and preparing ahead of their Qualifiers in Dubai….

Football: Trent Sainsbury joins the A-League coverage to discuss how the Socceroos are feeling and preparing ahead of their Qualifiers in Dubai.

That was the same year another woman filed a rape complaint against Neymar in his native Brazil.

He vehemently denied that accusation, and the case was eventually dropped. Neymar is currently in Brazil training with the national team north of Rio de Janeiro ahead of two upcoming World Cup qualifiers.

Neymar extended his contract with French champions PSG earlier this month, through the 2024-2025 season.

With his on-pitch exploits and huge following on social media, Neymar is one of the biggest names in sports.

But his shine has often been tarnished.

His image as an eternal spoiled child was revived late last year by rumours of a huge year-end party he organised in Brazil in the midst of the coronavirus pandemic.

He has also raised eyebrows with his alleged diving, hard-partying lifestyle and love of bling, which critics say contrasts with the relative lack of it in his trophy case. 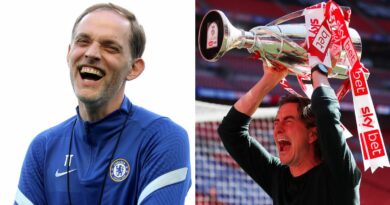