Nike said it ended its partnership with Neymar after the Brazilian soccer star wouldn’t cooperate in a probe of sexual assault allegations against him made by a company employee.

“Nike ended its relationship with the athlete because he refused to cooperate in a good faith investigation of credible allegations of wrongdoing by an employee,” the company said in a statement. “From the very beginning, we have treated the employee’s allegations and her experience with great seriousness.” 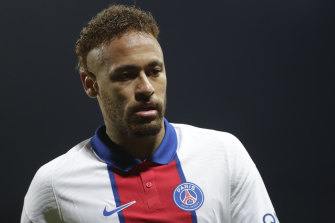 Neymar has been dumped by Nike.Credit:AP

The sportswear giant cut ties with Neymar in August 2020, and at the time gave no public explanation for the split. The Wall Street Journal, which first reported the sexual assault investigation, said there had been eight years remaining on Nike’s marketing contract with the athlete.

Nike said in its statement that it had been “deeply disturbed” by sexual assault allegations made by the employee in 2018, two years after the alleged incident occurred. She came forward at a company forum where current and former staff members were able to confidentially share concerns, it said.

Businesses across the US are rethinking their policies after the #MeToo movement put a spotlight on sexual harassment over the last few years. Nike in particular is under pressure to prove its commitment to protecting women in the workplace after two top executives abruptly left the company in 2018. They had allegedly protected male employees who mistreated female colleagues.

A spokeswoman for Neymar told the Journal that he denied the allegation and the split had occurred for commercial reasons. “Neymar jnr will vigorously defend himself against these baseless attacks in case any claim is presented, which did not happen so far,” she said in a statement, according to the paper.

An email to Juan De Dios Crespo Perez, a lawyer who is reported to have represented Neymar in the past, wasn’t immediately returned.

Nike called its investigation into the claims “inconclusive”.

“No single set of facts emerged that would enable us to speak substantively on the matter,” its statement said. “It would be inappropriate for Nike to make an accusatory statement without being able to provide supporting facts.”

The statement didn’t elaborate on the nature of the woman’s claims.

The Journal said the employee told friends and colleagues in 2016 that Neymar had tried to force her to perform oral sex in his New York City hotel room, citing people familiar with the matter and documents reviewed by the newspaper. The employee was helping coordinate logistics and events for Neymar and his group, it reported.

Pablo Mari: Arsenal’s move for Flamengo defender ‘in the balance’ 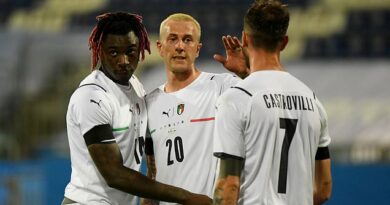