By the time Milos Ninkovic next steps foot out on to the field for Sydney FC on Saturday, the club will know whether this season will be his last in a sky blue jersey. Speaking after Sydney's 5-1 drubbing of Brisbane Roar last Saturday, Ninkovic revealed his future will be finalised within a fortnight having received offers from A-League newcomers, Macarthur FC, as well as the Sky Blues.

However, sources from both clubs have informed The Hairdryer that Ninkovic has been given a deadline of 5pm Friday to decide whether to accept a contract extension from Sydney FC or sign with the expansion club. Sources close to Ninkovic suggest the Serbian playmaker spoke with Macarthur FC coach Ante Milicic in recent days and could become the first signing in the Bulls' history. 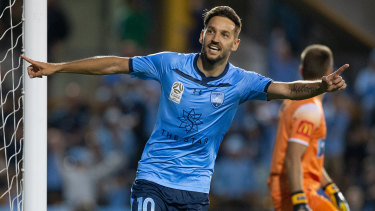 Milos Ninkovic is likely to decide his future by the end of Friday.Credit:Getty

Any move to Campbelltown would be a decision made in preference of long-term security over an immediate financial gain. Those sources suggest Ninkovic could earn more at Sydney FC but the club has ruled out handing him a multi-year deal, due to his age. The Serbian international has been one of Sydney FC's best performers this season but will turn 35 on Christmas Day. Despite his present form and good injury record, there are concerns within Sydney FC they may not get the same output from Ninkovic by 2022, when he will be 37.

It appears the Bulls are more willing to roll the dice on the longevity of Ninkovic's career having offered a two-year contract to prize the former Dynamo Kiev and Red Star Belgrade man away from their soon-to-be rivals. It's a significant vote of confidence in the veteran playmaker but the club isn't willing to wait around for his decision, expecting a decision by the close of business on Friday. By the time he plays against Central Coast Mariners at Nestrata Jubilee Stadium on Saturday night, he may have already decided to have joined Sydney's cross-town rivals. 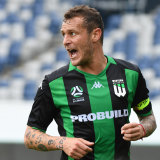 Another player wanting security over his future is Western United's Italian international, Alesandro Diamanti. The playmaker has been a shining light for the new club this season but is yet to be locked in for a second year. He is one of many players coming off contract and is understood to have attracted interest from overseas. Diamanti spoke with the The Hairdryer recently and revealed his preference to remain with the club for a second season having committed to their project.

"Of course," he said when asked about his desire to stay. "But that [decision] is with the club."

Aussies at the helm

Former FIFA executive James Johnson will begin his reign as the new chief executive of Football Federation Australia next month, but there will still be an Australian inside the sport’s corridors of power in Zurich.

The former head of legal services, disciplinary and governance at the Asian Football Confederation, James Kitching, has taken up a job at FIFA as director of football regulation and will move to Switzerland in early January.

Kitching has been running his own consultancy in his hometown of Adelaide since leaving the AFC after more than five years. At last year’s World Cup, he was part of Saudi Arabia’s delegation as their disciplinary and regulatory point man.

Highly regarded across Asia and now, clearly, at the game’s global governing body, Kitching’s new gig — overseeing the transfer market — could see him cross paths with two fellow Australians at FIFPro, Simon Colosimo and Francis Awaritefe, who the Herald has previously reported are spearheading a push to bring about significant reform to the entire system. 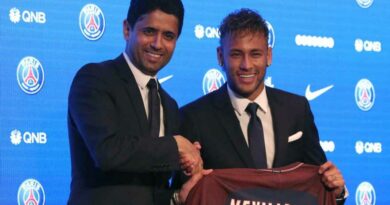