Home » Soccer » Nketiah tells Arsenal he wants to leave, with contract up next summer 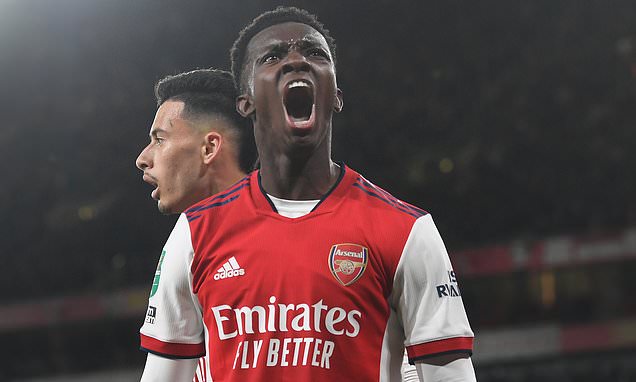 Eddie Nketiah has informed Arsenal he wants to leave the club, ending their hopes of persuading him to stay.

Striker Nketiah is out of contract in the summer and manager Mikel Arteta is understood to have made a last-ditch attempt to convince him to remain at The Emirates.

However, with no new contract offer forthcoming academy graduate Nketiah is ready to seek a new challenge and more regular football leaving Arsenal facing the prospect of losing him for nothing. 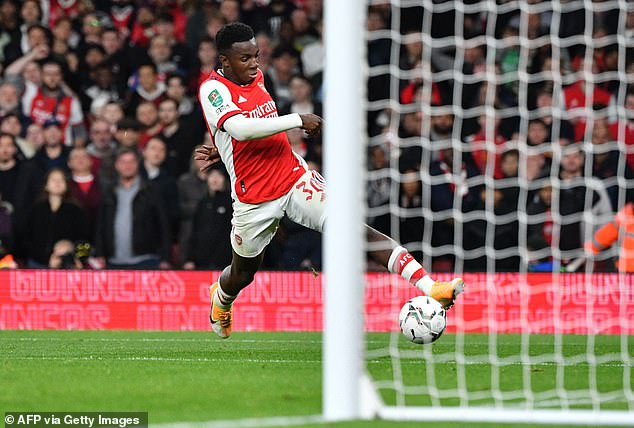 Nketiah turns 23 in May and would be able to make a cross borders transfer after that age which would leave Arsenal entitled to no compensation.

Admirers include Germans Borussia Monchengladbach along with Crystal Palace, and he is also free to arrange a pre-contract with a foreign club from January 1.

Alternatively, Arsenal could agree a cut-price deal for Nketiah in the January window which represents their final chance to cash in through a sale.

Nketiah joined Arsenal from Chelsea’s academy in 2015 and following his 2017 debut against BATE Borisov in the Europa League, announced himself in spectacular fashion in his next appearance against Norwich. 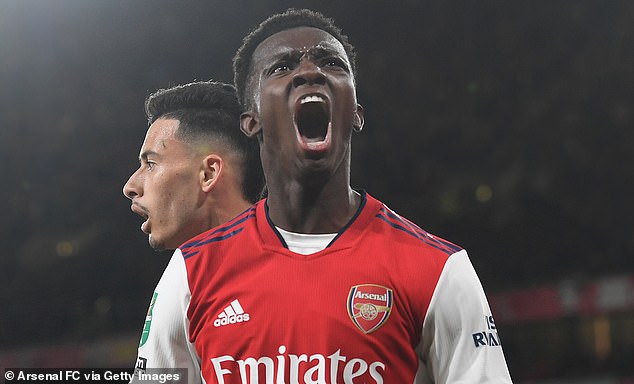 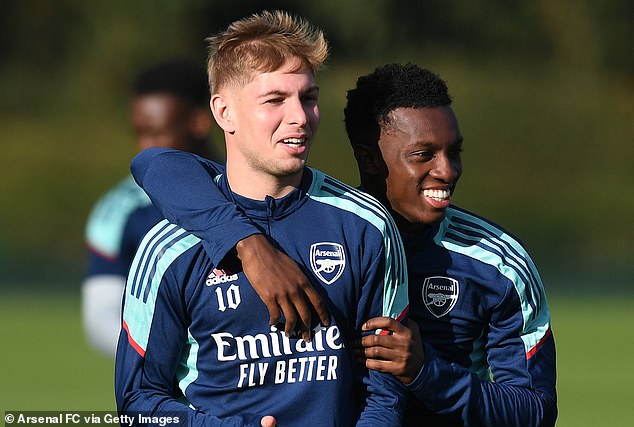 He came off the bench in the EFL Cup tie, scored with his first touch and then later netted the winner to earn Arsenal a 2-1 win after they trailed 1-0.

Nketiah has scored 15 goals in 28 starts for Arsenal, including in both of his games this season in the EFL Cup, with a further 29 appearances coming off the bench.

The forward also had a half season loan spell at Leeds since his Arsenal breakthrough and progressed through to the England under-21 setup, breaking Alan Shearer’s scoring record at that level. 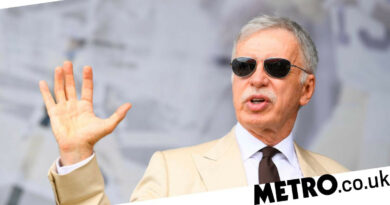