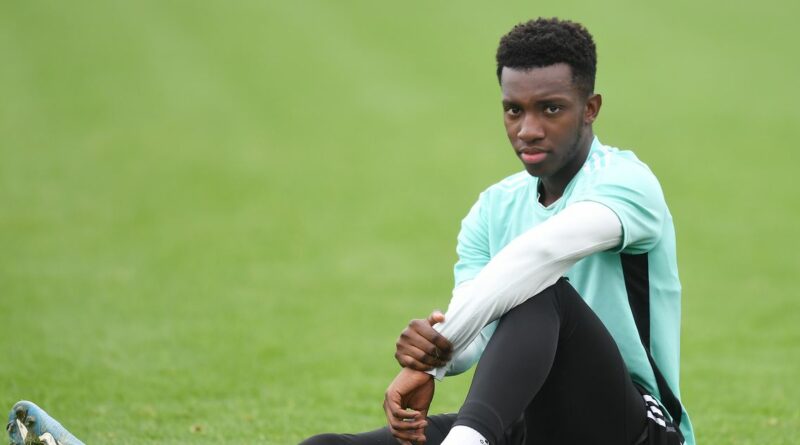 Eddie Nketiah will reportedly attempt to force through an exit from Arsenal in the January transfer window, with three Premier League clubs monitoring his situation.

While once regarded as one of the Gunners’ brightest stars, Nketiah has seen his career stall under the management of Mikel Arteta.

He has made just one senior appearance for Arsenal so far this season, a starting role in the Carabao Cup win over League One side AFC Wimbledon.

It follows on from a season in which he made just four Premier League starts, with the Englishman clearly being far down the pecking order at the Emirates Stadium.

With his contract expiring at the end of this season, Nketiah appears to believe that it is time he left the Gunners in search of game time.

According to Fichajes.Net, Nketiah is “willing” to move on in the January window having seen his desire to have more prominence under Arteta fail to materialise.

The 22-year-old has failed to make a matchday squad in the top-flight this season, with his only outing apart from the Wimbledon win being 61 minutes in Premier League 2.

The striker’s record in front of goal for Arsenal’s development teams clearly still places him in high stock among prospective suitors though.

Should Eddie Nketiah attempt to leave Arsenal in the January transfer window? Let us know in the comments section…

Those clubs are said to be Brentford, Aston Villa and Leeds United, where Nketiah previously spent a short loan spell.

It is stated that all three will do their best to sign him in the summer window and are open to exploring both a permanent transfer and a loan move with an option to buy.

With his current deal expiring next summer, Nketiah can begin negotiating a pre-contract agreement with foreign clubs from January.

Any team signing him on a free will have to pay compensation to Arsenal for developing him, though this is likely to be far below any transfer fee the Gunners can bring in in January.

How does it feel to be signed to save a season?