Home » Soccer » No World Cup for the Socceroos? No worries: FA says finances shored up with new deals 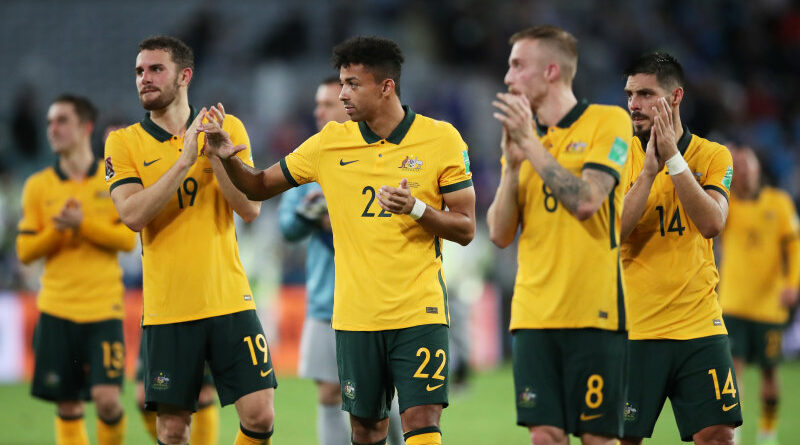 Football Australia has inked a deal with an auto company that backs global soccer superpower Barcelona as it works to shore up its financial position in case it misses out on a multimillion-dollar pay day should the Socceroos fail to qualify for the World Cup.

The deal with Cupra, the performance car arm of the Volkswagen-owned Spanish carmaker SEAT, is worth seven figures a year and runs until 2024. 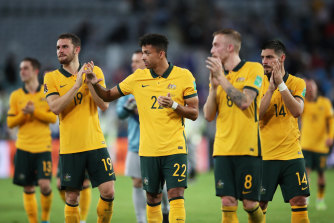 The Socceroos are in danger of missing the World Cup in Qatar this year and Football Australia is shoring up its finances so it won’t wiss the windfall that comes with qualification.Credit:Getty Images

The game’s governing body says it is one of several deals that mean it can survive without the hefty cash windfall it has received for the men’s team qualification for the past four World Cups. With tough play-off games against the UAE and Peru in June there are no guarantees the Socceroos will make it to Qatar 2022.

Just for getting to the group stages in Russia four years ago Football Australia received a reported $12 million.

The pandemic has hit all sports hard, but late last year FA reported a net surplus of $11.8 million for the fiscal year ended June 2021, and it believes it is on course to double its revenues for financial year 2021-22.

Officials point to its latest commercial deal – a link-up with Spanish car brand Cupra announced on Wednesday afternoon – as evidence of the continuing viability of the Socceroos and Matildas as marketing and sponsorship vehicles.

Their strength in the commercial marketplace is essential for the sport to attract the sort of backing the FA needs to seed development programmes, introduce a domestic transfer system and contemplate setting up a national second division.

It is banking on the high visibility of both teams, particularly the Matildas, who will be hosting the women’s World Cup next year, to give it cut-through in this country with a contract that runs through to 2024.

“Over the past 18 months we have worked hard to align football with commercial partners that believe in our sport, and recognise our game’s unique ability to unite and excite Australians,” FA chief executive James Johnson said.

While the A-League has struggled for traction in the past two COVID-19-hit seasons the FA, shorn of the responsibility for administering the now independent competition, has been able to focus on building up its war chest.

When it “unbundled” from the A-League to allow the clubs to run their own affairs, some major sponsors, such as long-serving partner Hyundai, were lost. But others have come on board.

In the past 12 months the FA has struck agreements with the Commonwealth Bank as its major partner and signed off on the new media rights deal with Paramount.

Last week it announced a partnership with global entertainment brand Disney, who are producing a documentary on the Matildas in the lead-up to the 2023 World Cup.