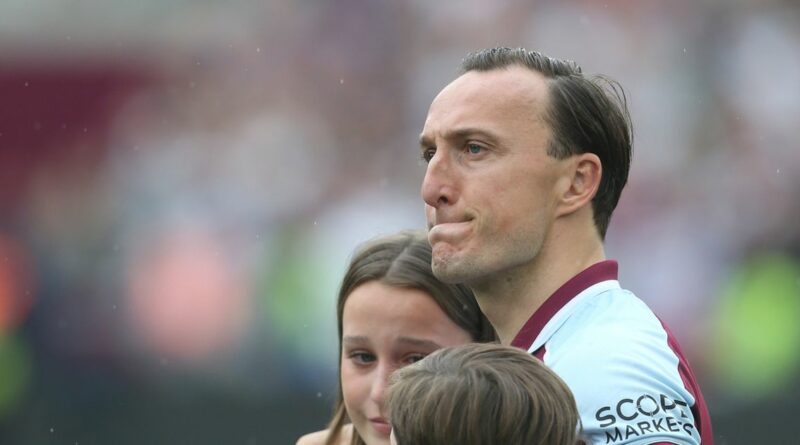 Former West Ham captain Mark Noble has shared a heart warming letter to the Hammers faithful after hanging up his boots following a sensational career.

The 35-year-old played his final game for the club against Brighton Hove & Albion on the south coast in a 3-1 defeat, but prior to that he took to London Stadium pitch for a final home appearance in the draw against Manchester City. The long-time club servant helped Moyes' side to qualify for European competition in the last two years, while reaching the semi-final of the Europa League this season.

In a statement released to fans, Noble said: "It's still a bit surreal to think that I have played my last game for West Ham United. But now that the dust has settled, I feel it is the right time to say a few words. I've had so many lovely messages and comments from people over the last few weeks, far too many to reply to individually, and I want to express how grateful and appreciative I am for all the love and support I have received.

"My final home game at the London Stadium was a day I will never forget. To walk out of the tunnel after the match and see that 60,000 people had stayed behind to say goodbye was a very special moment for both myself and my family and something I will forever be truly grateful for. I really couldn't have asked for a more perfect way to round off 18 years in a West Ham shirt surrounded by people I love.

"I would like to thank everyone who helped me to make my last season such an enjoyable and memorable one. My teammates, the manager and coaches, the owners and directors, all of the staff and my friends at the club and you, the supporters, who really did follow us over land and sea throughout the campaign. What a year we've had. To be a part of this group of players has been a truly magnificent experience. So many fantastic moments and memories on the pitch that we have shared with the fans, and a special environment and spirit in the dressing room that made it a pleasure to go into work every morning.

"I also want to mention the other senior players who are leaving the club this summer, Andriy Yarmolenko Ryan Fredericks and David Martin. Three fantastic professionals who have given West Ham great service but more importantly, three great people who will always be my friends.

HAVE YOUR SAY!! What have you made of Mark Noble's career at West Ham? Have your say in the comment section below…

"West Ham fans will know what I mean when I say this club is about more than just supporting a football team. It's about people, family, relationships and a unique identity. Over the last two seasons, I really feel like we have reconnected to that identity. We have a manager and a group of players and staff who are hardworking, committed and all pulling in the same direction. That gives me such great satisfaction and means I retire feeling very positive and confident about the club's future."

While the former midfielder claim he is unsure what his "next chapter" holds, he revealed the club have offered him a role in the future. "I don't know yet exactly what the next chapter will hold for me," he added. "The club have made it very clear that there is a role here when I am ready. For now, it's time to spend some valuable time with my family and enjoy my first summer in more than 20 years without preseason training.

"Whatever happens though, my connection and bond with West Ham United will never be broken. Playing for and captaining this club has been a privilege, an honour and a dream come true for a young boy from Canning Town. To every single person who has been on any part of that journey with me. Thank you. Lots of love. Nobes."

Meanwhile, the Hammers boss who was questioned about Noble's legacy at the club, said: "I just see loyalty, I see commitment, and I see someone who's got an incredible character. If you're a West Ham supporter, you should be incredibly proud of what Mark Noble has done throughout his career for the Club.

"Mark’s always conducted himself incredibly well. I can only tell you that, in the time I've had with him, he's been a great ambassador for the Club. He speaks incredibly highly about West Ham and has sorted out so many small bits when it’s been needed.

"Mark Noble has been a been a great servant to the Club, had a really good career, and, when he goes, he’ll be missed, but we should be thankful for what we’ve had from him."

Noble, who joined West Ham's academy at the age of 13 in 2000, made 550 appearances for the club during his time in east London. 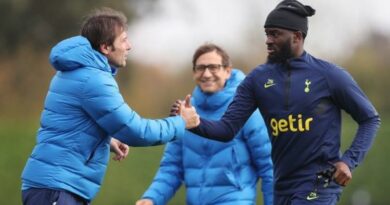 Liverpool win over Tottenham ‘almost went ahead without VAR’ 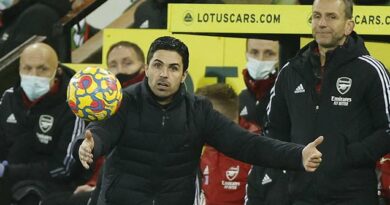 Arsenal 'are preparing to face City with a skeleton coaching staff'