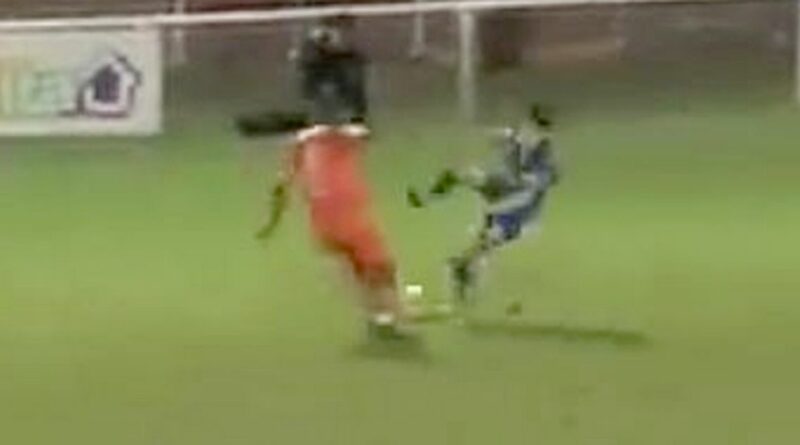 Whitehawk and Three Bridges served up the 'Non-league game of the year' on Monday, with five red cards in 28 minutes and more bad tackles than the 1970 FA Cup final.

Regularly lauded for its affordability and entertainment value, Non-league football has received increased attention as fans switch off from the Premier League and head for their local grounds.

But few, if any, could have predicted quite what a spectacle this Isthmian League Division One South East clash would turn out to be before kick-off.

Former Millwall man Noel Leighton opened the scoring for Three Bridges, capitalising on a mistake from the goalkeeper in the only incident of note in a bog-standard first half.

But god only knows what went into those half-time oranges because the second 45 resembled more of a Royal Rumble than a Non-league football match.

The match descended into farce on 62 minutes when an almighty punch-up on the far side saw Joe Stone, the appropriately-named Jamie Splatt and goalscorer Leighton all sent off.

Have you ever seen a match similar to this one? Let us know in the comments section.

Three red cards then became four on 85 minutes when Whitehawk player Alex Mallins saw red for pushing over an opposition player; a decision that was met with sarcastic applause by the perpetrator.

Alex Laing was lucky to get away with a booking for his reaction to a challenge that he himself committed late on, before the piece de resistance in second half stoppage time.

Not content with some of the ferocious tackles that had long since made a mockery of the contest, Bryan Villavicencio flew in on one of the Whitehawk players.

It was a challenge that would have received top-billing on Soccer AM's famous kung-fu academy, and one for which the Three Bridges star received his marching orders.

Three Bridges then missed a golden chance to kill off the game in added time before the referee gave one more blow of his whistle to signal the end of a quite incredible match.

Despite having three men sent off to Whitehawk's two, Three Bridges secured all three points with a 1-0 win.

The tie prompted much talk on social media, with some calling it the greatest Non-league game ever.

One person said: "This ladies and Gentlemen is why I LOVE Non-League football Footage courtesy of @YourInstReplay Thank you @YourInstReplay for capturing this beautiful game of football."

Someone else added: "Was there crazy but entertaining game never seen that amount of players sent off in my life."

A third person chimed in with: "Easily best highlights video I’ve ever seen."

While a four user commented: "The tackle at 01:33 is one of the best I’ve seen – what an incredible clip!"

"Non-league football remains undefeated. What a video," proclaimed another fan.

Liverpool line up Kylian Mbappe as replacement for Sadio Mane 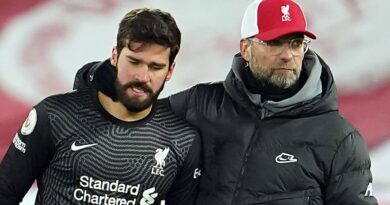