Peterborough registered their first away win of the season with a comfortable 2-0 victory over local rivals Northampton.

The visitors dominated from start to finish and clinched their third league victory of the campaign thanks to a goal in each half from Nathan Thompson and Reece Brown.

Home goalkeeper Steve Arnold had to have his wits about him in the early stages, saving smartly from both Sammie Szmodics and Siriki Dembele in the opening 10 minutes.

Opposite number Christy Pym parried Danny Rose’s firm strike and he was forced into an even better save midway through the half when brilliantly thwarting Sam Hoskins.

But it was Peterborough who landed the first blow after 33 minutes when Dembele’s terrific through pass found Thompson and he drilled into the bottom corner.

The victory was put beyond doubt nine minutes from time through Brown, who drove into the box and brilliantly fired into the bottom corner. 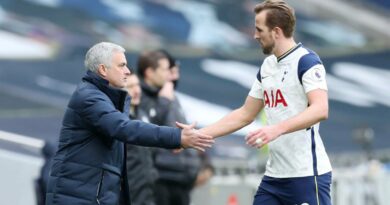 Aston Villa vs Tottenham prediction: How will Premier League fixture play out tonight?