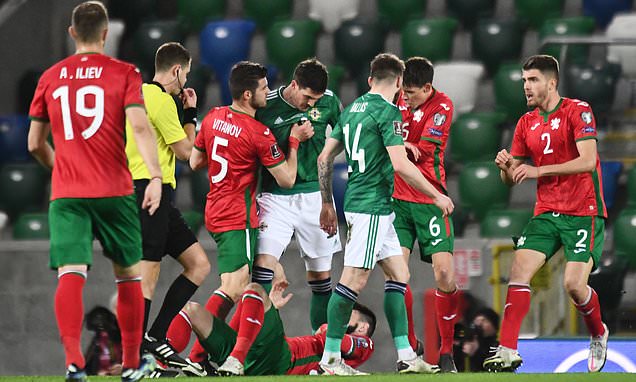 Two games in and the road to Qatar already looks a very difficult one for Northern Ireland.

Following their opening defeat to Italy in Parma last week, Ian Baraclough and his players knew this qualifier against Bulgaria at Windsor Park was a must-win game and win it they did not.

The Italians are disappearing out of sight in Group C with nine points and Switzerland also have a 100 per cent record. 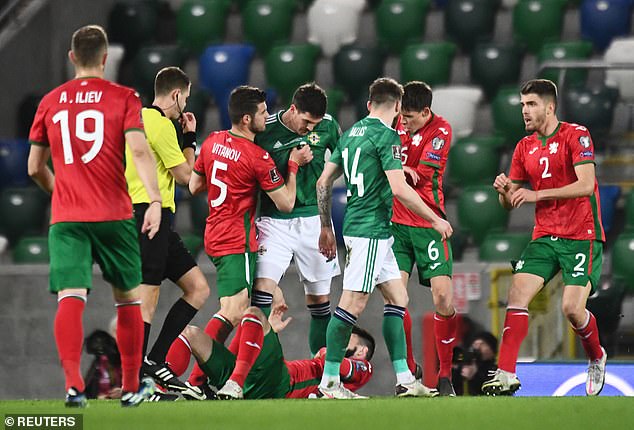 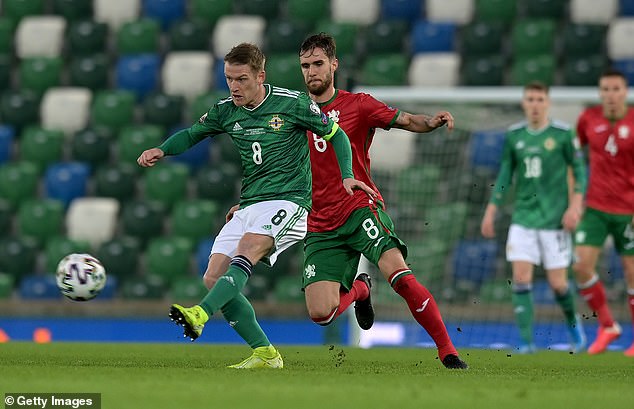 Even if they slip up, Northern Ireland do not look like a team equipped to take advantage at the moment. They could not break down a stubborn Bulgaria and it will now be a rather long wait before the next two qualifiers in September.

It was always going to be a memorable night for Steven Davis whatever the outcome as the Northern Ireland skipper made his 126thinternational appearance, surpassing Peter Shilton as the most capped British footballer of all-time.

But Davis knew this was about so much more than personal accolades having spoken on the eve of the game about Northern Ireland being ruthless and finding a way to win – something they have not managed in 11 attempts under Baraclough now.

In that sense, the first half was a familiar story; some promising moments and chances created, but precious little to show for it.

Having survived an early penalty shout after Kiril Despodov’s flick clipped Jonny Evans on the arm, almost all the action took place in front of Bulgaria’s goal.

Josh Magennis headed straight at Daniel Naumov when Stuart Dallas’ throw-in was flicked on before creating the best chance of the half in the 22ndminute.

Davis picked out Magennis’ run across the penalty box with a 25-yard pass and the Hull striker brought it under control before losing Andrea Hristov with a clever turn. Magennis measured a cross to the back post where Dallas met it with a header against the bar.

Magennis was certainly a handful for the Bulgarians and flashed a header narrowly over from Paddy McNair’s free kick midway through a goalless first half. 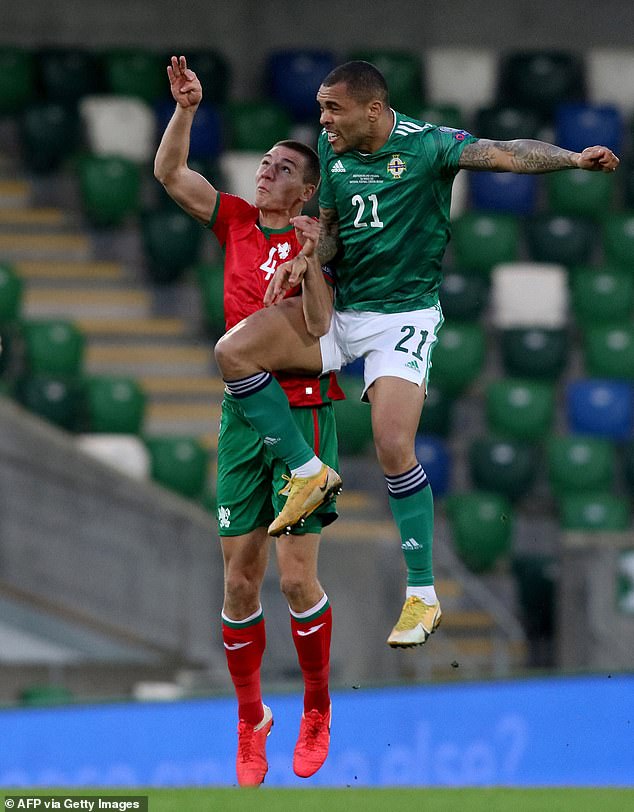 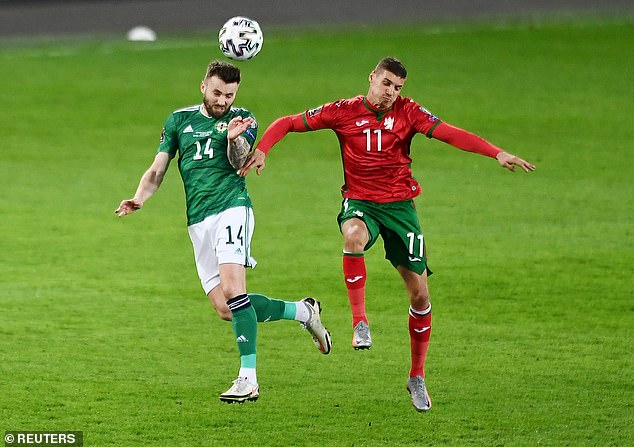 Northern Ireland threatened again two minutes after the interval when Naumov parried away Gavin Whyte’s volley through a crowded goalmouth.

It was the prelude to a bright start to the second half by the home side as play once again flowed one way and Bulgaria looked increasingly uncomfortable defending their own goal.

Baraclough sent on Niall McGinn, scorer of a spectacular goal in last weekend’s friendly defeat to the USA, and the Aberdeen man almost came up with another one when he controlled McNair’s cross on his chest and volleyed just wide.

The last throw of the dice came with the introduction of Kyle Lafferty, but he hasn’t scored for his country in five years and sadly this wasn’t the occasion to end that barren run.

It could have been even worse but Bailey Peacock-Farrell produced an outstanding reflex save to keep out Dimitar Iliev’s header from Bulgaria’s first genuine chance in added time. 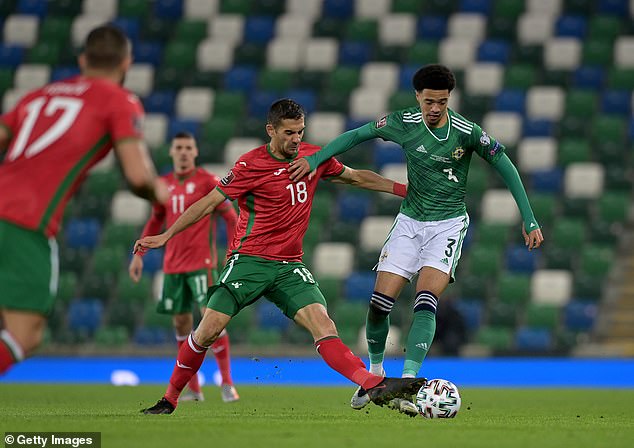 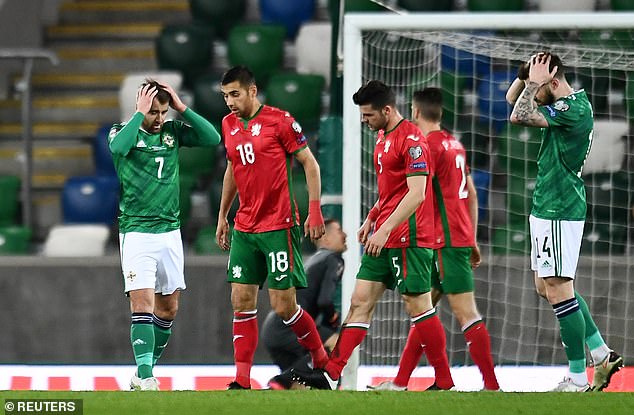