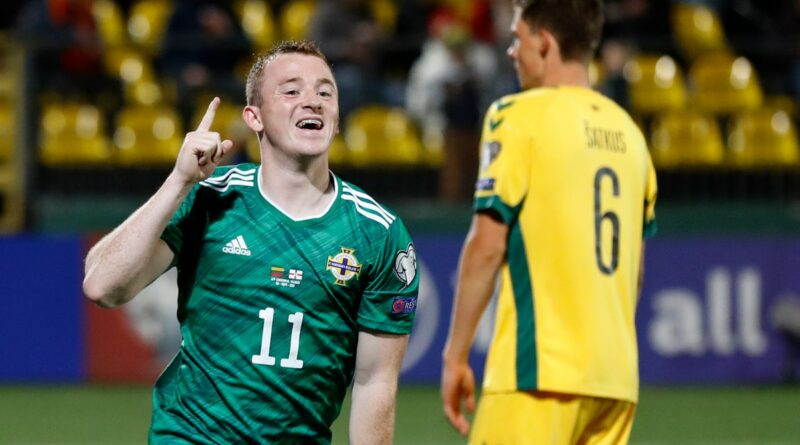 Lavery’s goal on his first competitive start was a decisive third, much-needed after it took a Bailey Peacock-Farrell penalty save to stop a much-changed Northern Ireland side from throwing away a 2-0 lead in a chaotic start to the second half.

Moments after Conor Washington’s penalty added to Ballard’s first-half strike, the visitors failed to deal with a corner and were punished by a superb strike from Rolandas Baravykas.

Within five minutes it was 3-1 and effectively all over as Lavery – full of confidence after starting his Blackpool career with four goals in seven – adjusted his feet to turn in Jordan Thompson’s cross from close range.

And there was time for McNair to add a fourth from the spot after Edgaras Utkus barged into Steven Davis in the box.

It gives Ian Baraclough a first competitive win inside 90 minutes a year after his first game in charge and – given it was achieved without the likes of Jonny Evans, Stuart Dallas and Josh Magennis – offers a big confidence boost ahead of Wednesday’s qualifier against Switzerland at Windsor Park.

The Swiss will no doubt offer stronger resistance than a Lithuania side mired in a losing run and without newly-appointed manager Valdas Ivanauskas, with the ex-Hearts boss having tested positive for Covid-19 within days of taking charge, but this was exactly the sort of result Northern Ireland needed.

They took their time to settle on an artificial pitch which was slick bordering on treacherous after rain, but having survived an early missed chance from Edgaras Dubickas, they enjoyed the better of the first half.

Lavery was a livewire, sending an early chance wide and popping up through the middle and on either wing to test the Lithuania defence from all angles.

But it was one of Baraclough’s other impressive youngsters who provided the breakthrough with 20 minutes gone as Ballard scored Northern Ireland’s 150th goal in World Cup qualifying, turning in Washington’s low cross at the far post.

Moments later Ali McCann tried to find the corner of the net from the edge of the area using the shield of a defender, but Ernestas Setkas, earning his first cap in almost two years, was down smartly to save.

Washington sent the goalkeeper the wrong way to score his fifth international goal, and only his second since 2017. 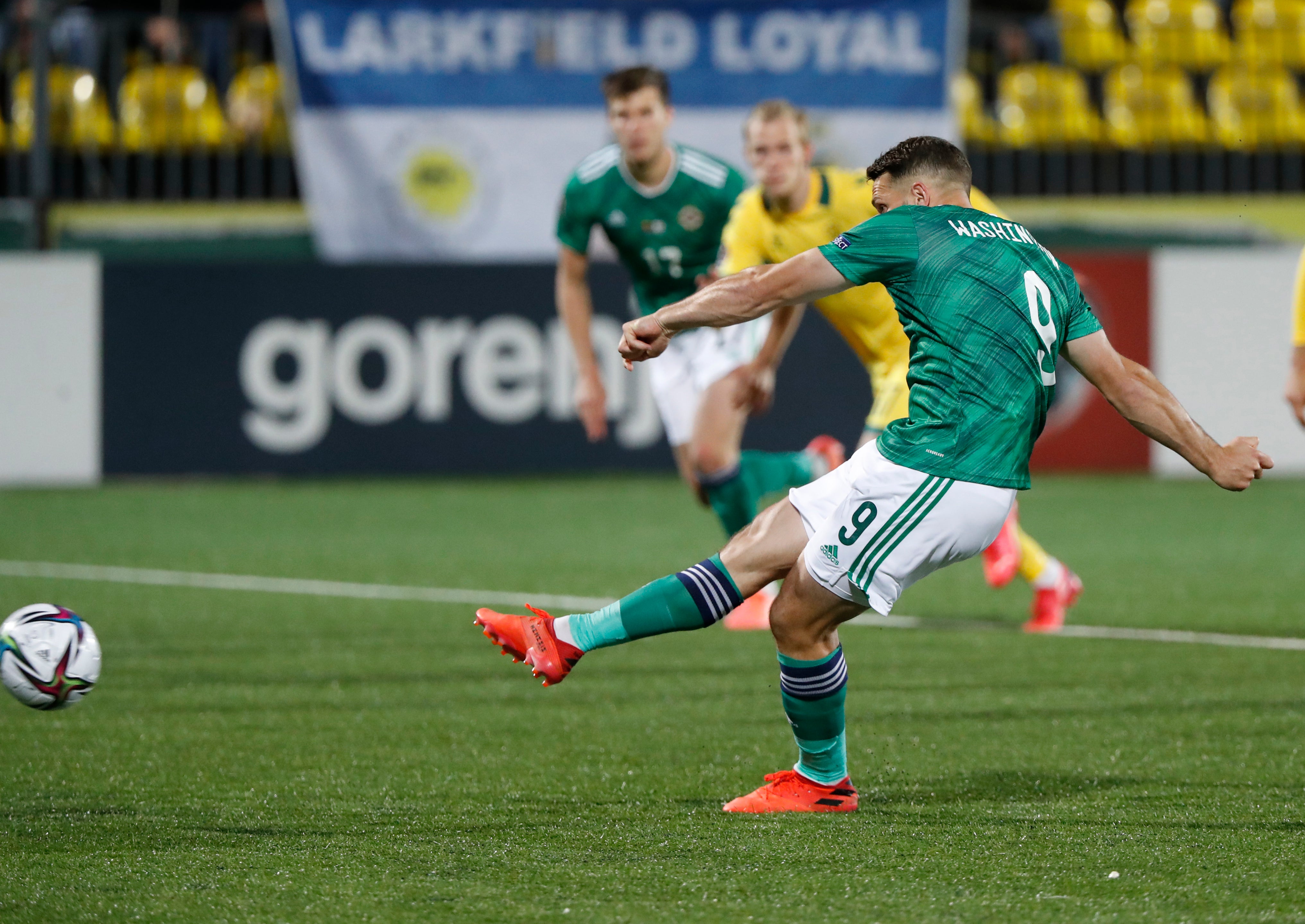 But soon it all threatened to go horribly wrong. There was nothing Peacock-Farrell could do about Baravykas’ superb strike as it tucked inside the far post but Baraclough will want to know how the ball reached the defender as nobody stepped up to clear the corner.

Cathcart’s mistake then allowed Lasickas to race through, forcing McNair into a late challenge which Frappart deemed a foul after being advised to check the replay.

But Peacock-Farrell, back earning regular first-team football on loan at Sheffield Wednesday, made the stop and Lithuania paid the price as Lavery effectively settled it moments later before McNair added a fourth after Edgaras Utkus barged into Davis. 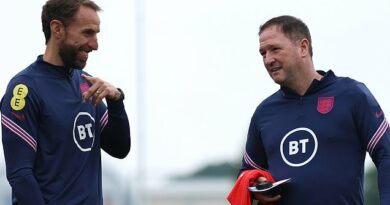 DANNY MURPHY: England have grown as a team