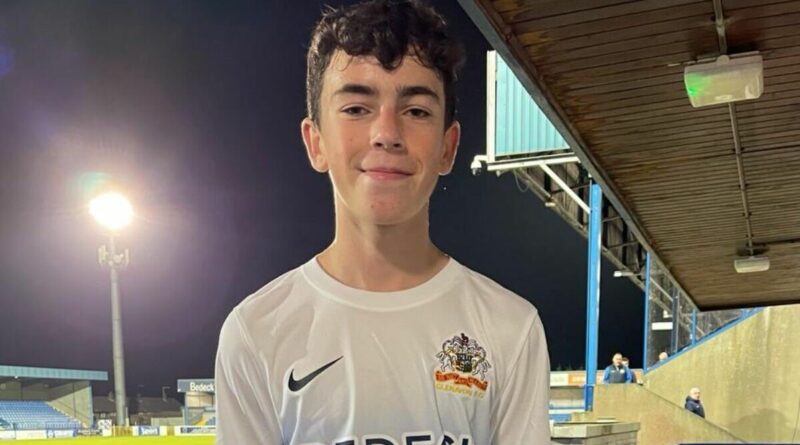 Christopher Atherton has become the youngest player to feature in UK senior football after making his Glenavon debut aged just 13. The Northern Irish teenager enjoyed an incredible evening in his side’s 6-0 League Cup thumping of Dollingstown on Tuesday evening.

Atherton came off the bench in the 75th minute and his first touch in first-team football was to assist Glenavon’s sixth goal. It was a record-breaking night for the academy graduate.

Aged just 13 years and 329 days, Atherton smashed the previous record for the youngest senior player in the UK by almost an entire 12 months. A 42-year record had stood since Eamonn Collins made his debut for Blackpool aged 14 years and 323 days in September 1980.

Atherton’s debut was hardly a token gesture late in a League Cup tie that had long been won. The talented starlet has trialled at several bigger clubs across the UK including Dundee United of the Scottish Premiership, the Belfast Telegraph reports.

JUST IN: Arsenal warned Smith Rowe ‘not as happy as last season’ under Arteta 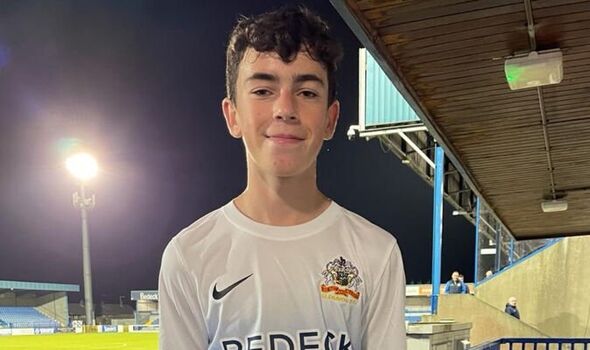 The Northern Irish FA have been keen for clubs to use their younger players in a drive to improve the standard of their game. Atherton is one of several teenagers to feature in the Northern Irish top-flight this season.

Several rules would need to be adapted for Atherton’s record to be broken in either the Premier League or the EFL. The cut and thrust nature of English top-flight football means that a manager is highly unlikely to want to use players so young.

In the Premier League, a player must be registered to at least the club’s U16 team to feature for the senior side. In the EFL, only players aged at least 15 on September 1 of any given season can make appearances in the Championship, League One or League Two.

The youngest player to play in the Premier League remains Harvey Elliott, who broke a 12-year record in May 2019. The now-Liverpool midfielder featured for Fulham against Wolves aged 16 years and 31 days.

Elliott broke the previous record held by fellow former Fulham player Matthew Briggs, who played against Middlesbrough in May 2007 aged 16 years and 69 days.

Four players have featured in the Championship before their 16th birthdays. Zak Lovelace, John Bostock, Mason Bennett and Ruben Noble-Lazarus were all still at school when they made their debuts, although the latter was the youngest to feature in the competition – for Barnsley in 2008.

Luke Freeman is the youngest player to feature in League One since the Football League was adapted in 2003, aged 15 years and eight months in November 2007. In League Two, Chris Hughes played for Darlington in 2003 aged just 14. 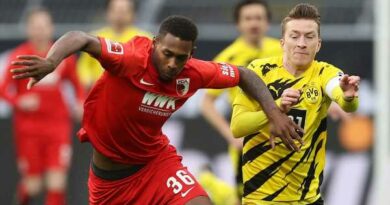 Reece Oxford: Augsburg defender on leaving West Ham and why he’s prepared to spend a decade in the Bundesliga