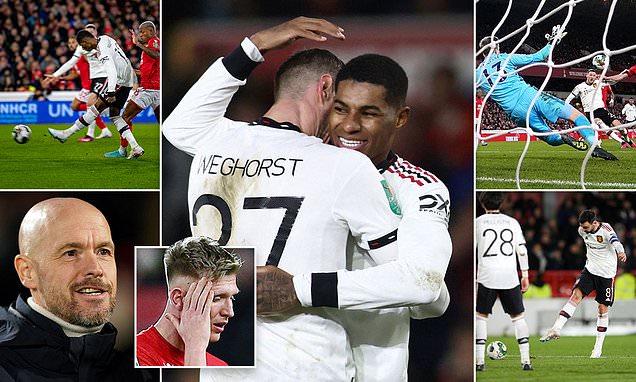 This was a game alive for only about a minute. That was the amount of time it took the VAR officials to decide that Sam Surridge’s equaliser midway through the first half would not stand. The Nottingham forward was an inch or two offside.

Briefly they had been on their feet at the City Ground. Fathers were kissing sons and that kind of stuff. The last time United were here — in 1999 — they had won 8-1 so parity here would have felt important to a provincial club still trying to prove itself all over again in the modern era.

But the technology said no and superior quality and, it must be said, application won out in the end. United were better than Forest by a distance and that was disappointing not only to their manager Steve Cooper, but also to those neutrals who hoped for a live second leg in Manchester next week. 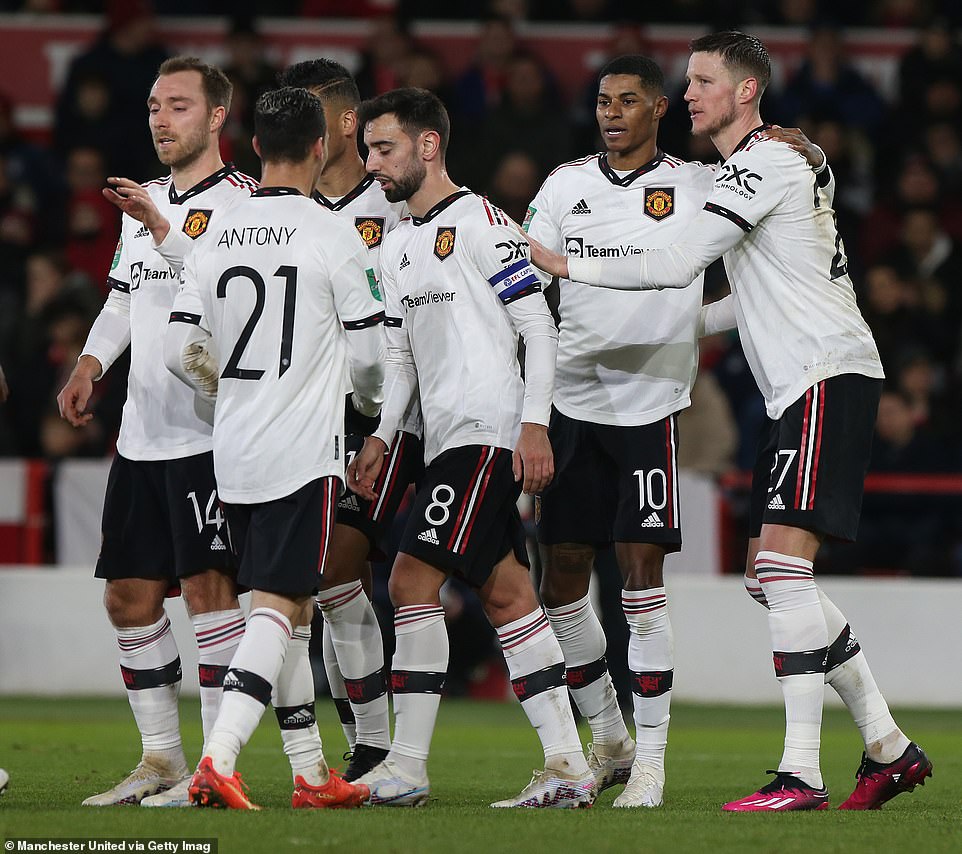 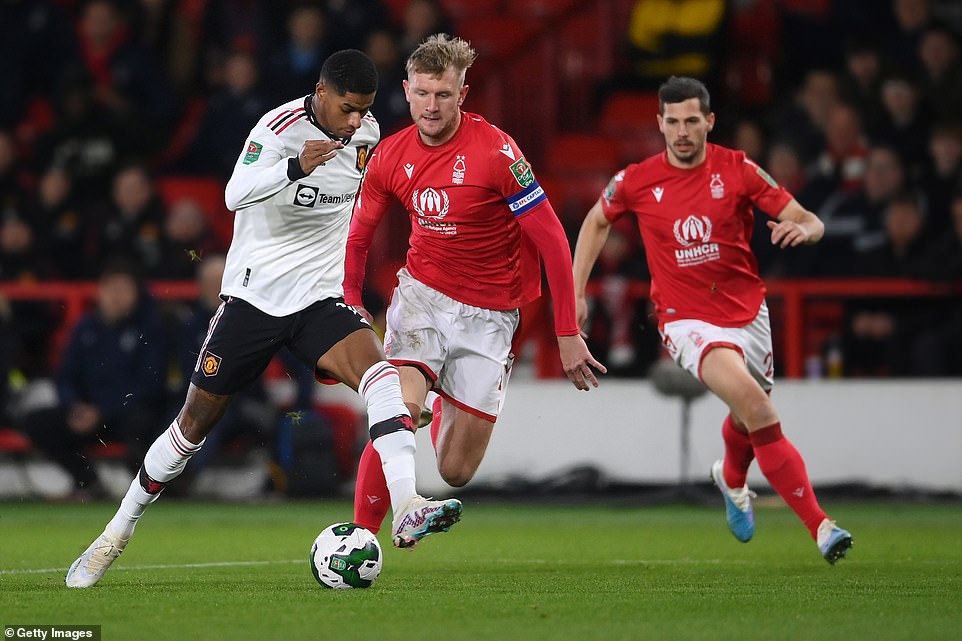 United scored early and superbly through Marcus Rashford and were only really troubled for spell of about 20 minutes during the middle of the opening half.

Forest were lively at this point, particularly the young wide player Brennan Johnson. Had Surridge’s goal stood, United would maybe have experienced a little of what Liverpool and Chelsea did in failing to win by the Trent this season. The City Ground can be a lively old place when the Garibaldi blood is up.

Erik ten Hag’s team, however, have a coldness about them absent from United sides for the best part of a decade. And after they had drawn a little of the sting from their opponents, they effectively secured a place in next month’s final with a first United goal for forward Wout Weghorst just before half-time and a third for Bruno Fernandes late on.

Forest’s revival in the Premier League has had an intensity of play at its heart, but here there was none of that as United controlled the early stages of the game and led as a consequence.

The atmosphere at kick-off had been terrific. But the life soon disappeared out of all that expectation and optimism when Rashford sped down the left in the sixth minute, cut inside between two defenders and found a gap at Wayne Hennessey’s right-hand post to give United the lead.

It was a superb goal from the United forward and, incredibly, his tenth in 10 games since the cessation of the World Cup.

For a while, Ten Hag’s team enjoyed almost total control. The Brazilian Casemiro — missing when United lost at Arsenal at the weekend — had the run of central midfield alongside Christian Eriksen, while some of United’s first-time passing in the final third was reminiscent of much better days. 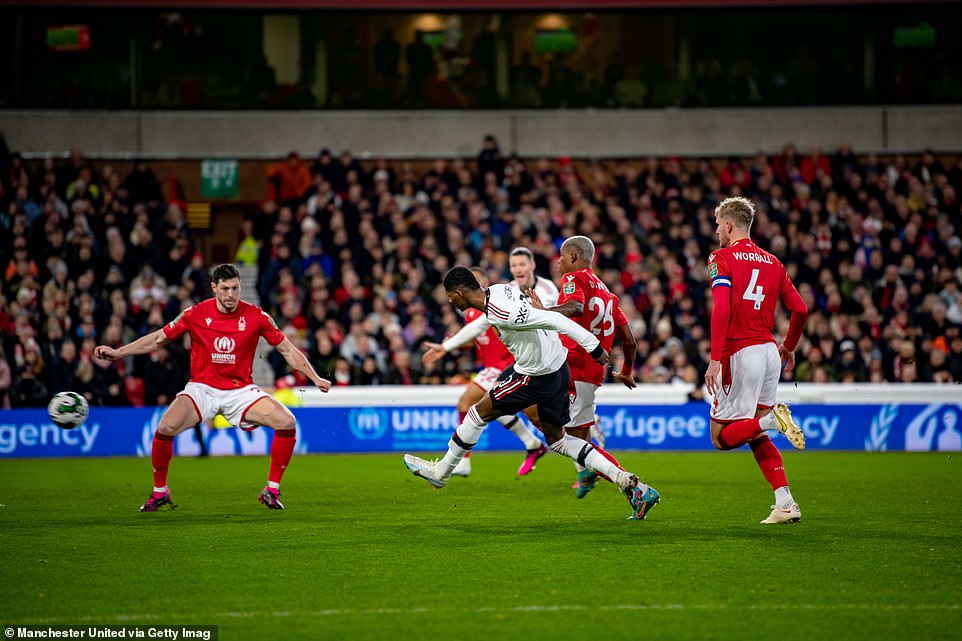 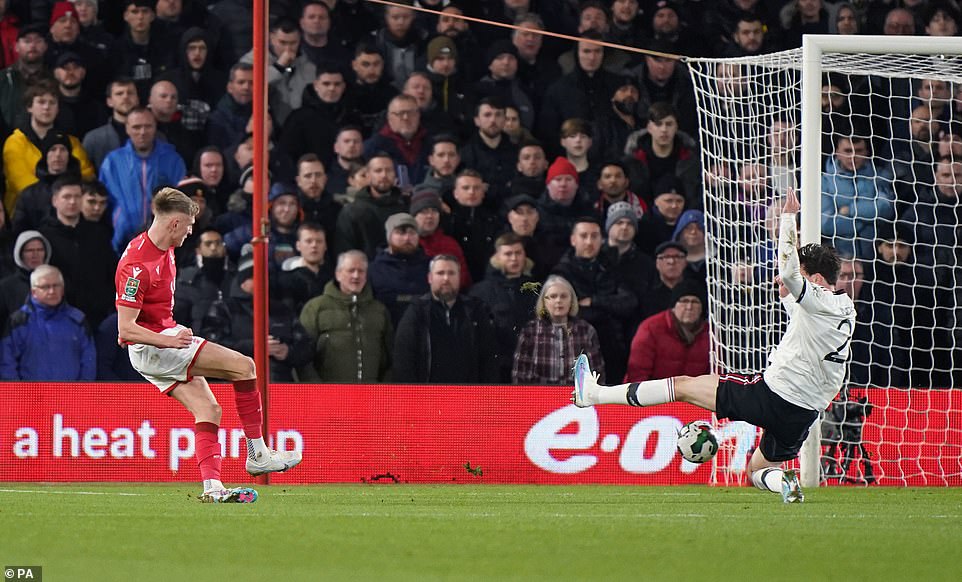 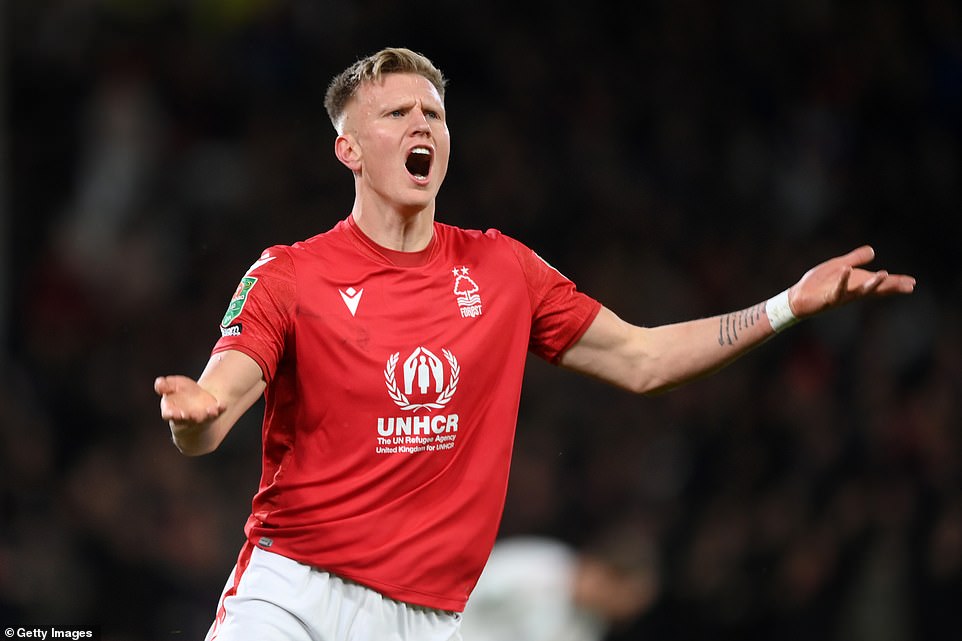 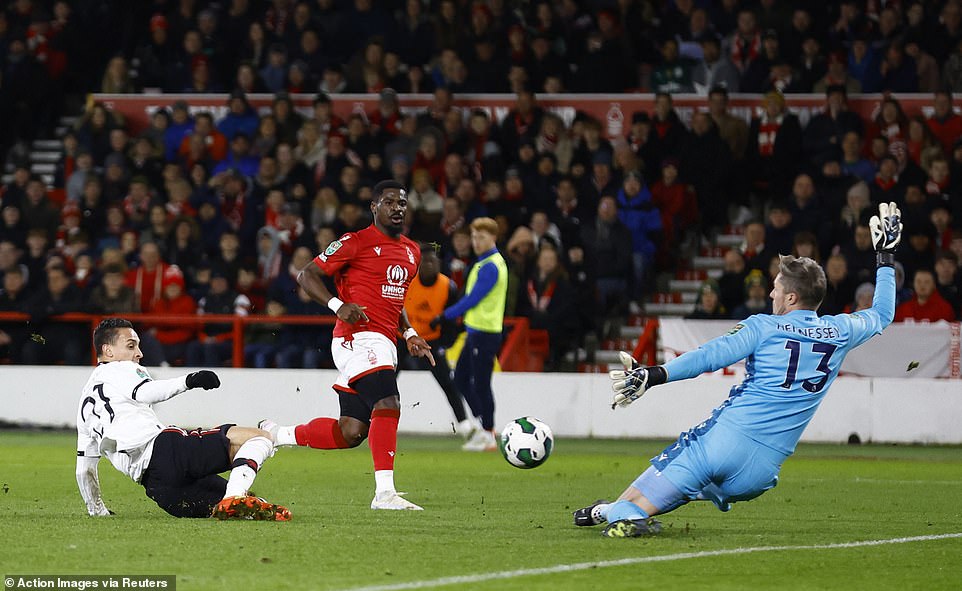 Antony — much-criticised in recent days — curled two shots wide of Hennessey’s left-hand post as United sought to all but secure the tie early. Rashford, meanwhile, continued to threaten, switching sides of the field on occasion in order to do so.

However, it was a misplaced Rashford pass across the Forest area that offered Cooper’s team a chance to hurt United for the first time and the offside that was to deny them was agonisingly tight.

It was young Johnson who was able to break through the middle and when he chose to supply Surridge to his left rather than Morgan Gibbs-White, the 24-year-old swept the ball across David de Gea and into the far corner with a first-time shot. It looked and felt like a perfect counter-attacking goal but VAR thought otherwise. 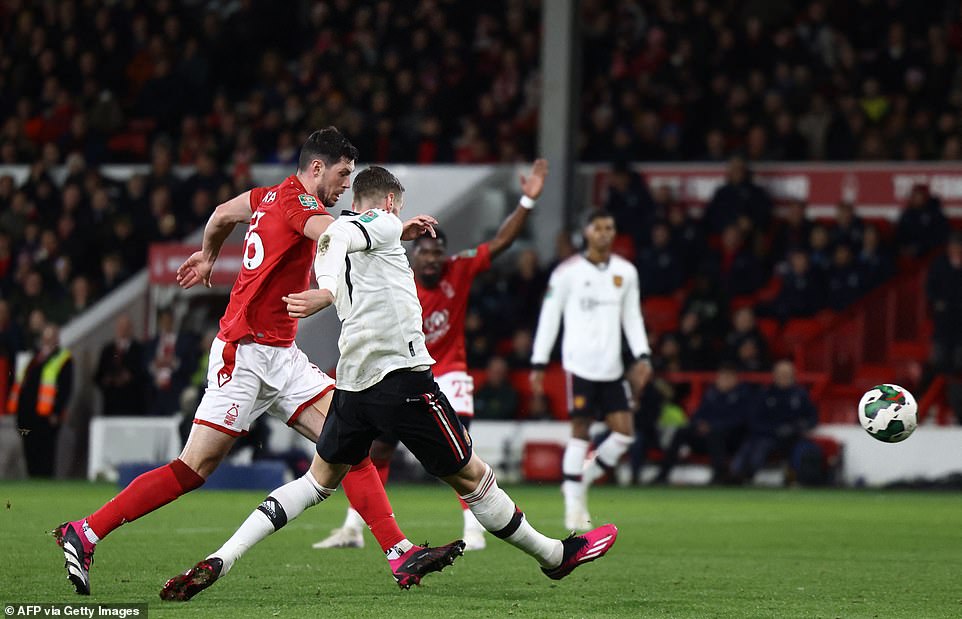 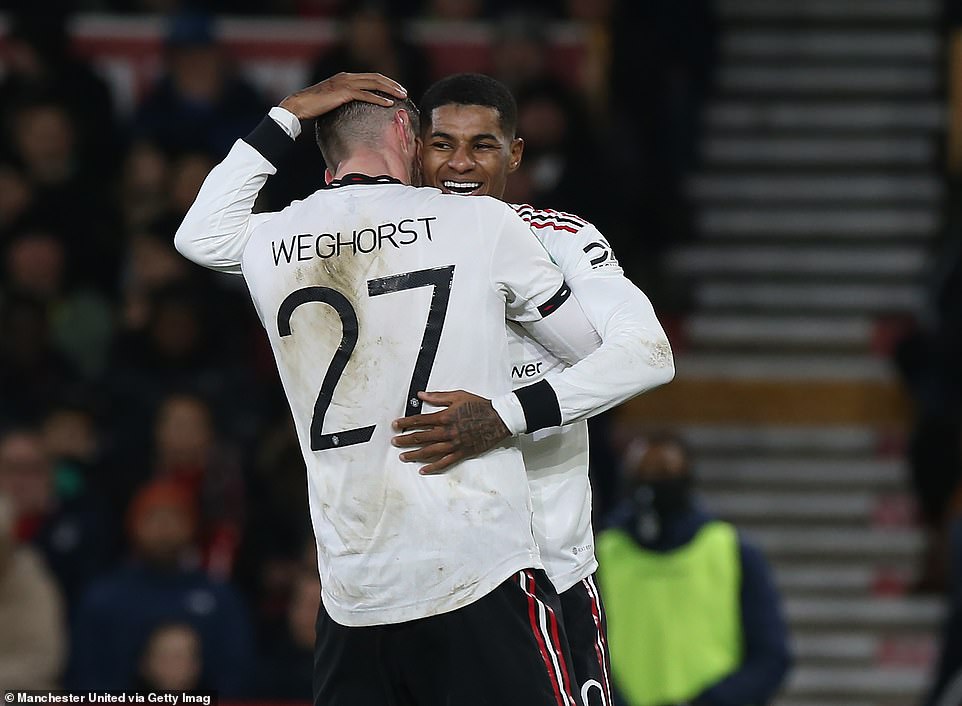 The freeze-frame showed Surridge’s foot to be six inches or so ahead of the last United defender, Victor Lindelof, when Johnson released his pass. As such the goal did not stand.

An equaliser at that point would have set the rest of the game up perfectly. Even so, Forest were much better for the 20 minutes or so that followed.

Johnson has his mojo back after a difficult start to his first Premier League season and worried United’s back-four with his pace and direct running. On one occasion he shot too soon and De Gea saved comfortably. On another he should have looked up and squared the ball. But at least the danger from those in Garibaldi red was there, even if it continued to be mirrored by United at the other end.

United are not a perfect side under Ten Hag but they are much improved and do carry a threat. A superb combination between Antony, Weghorst and Fernandes ended with Antony stealing into the area where Hennessey was required to save with his feet. 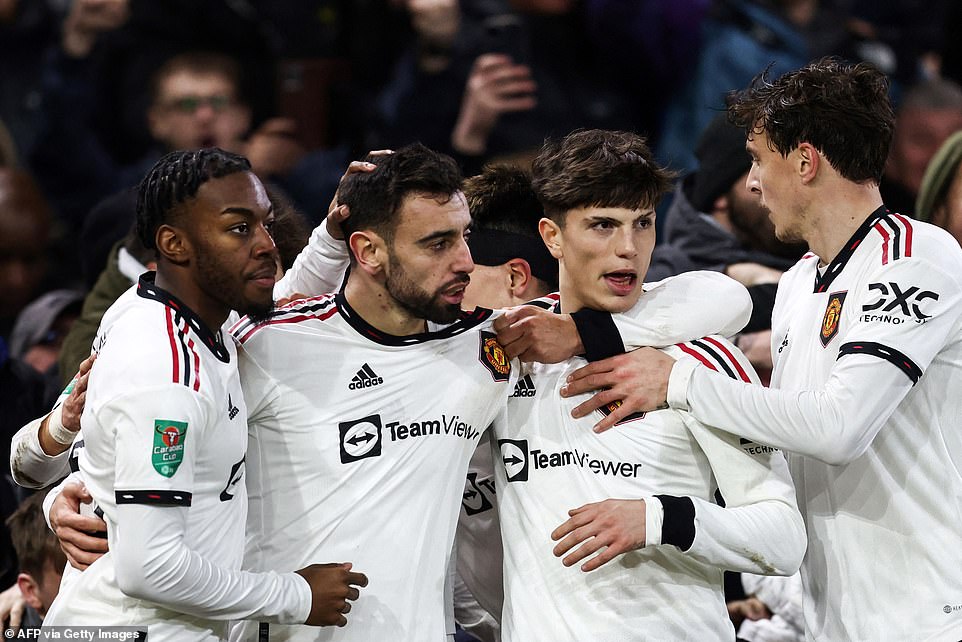 Then, just before half-time, Casemiro stole possession from Gibbs-White and moved forwards. Antony’s subsequent low shot was parried by the goalkeeper and Weghorst followed up to score high into the net.

With some breathing space to sustain them in the second half, United looked comfortable once again. Weghorst was denied by a Scott McKenna block at the far post before Eriksen struck the bar with a first-time curled shot from the edge of the area. Briefly, as Rashford had a shot saved, Ten Hag’s team threatened to disappear from view.

Forest did rally. They don’t lie down easily. Gibbs-White’s shot from 17 yards was not far over while they remained sporadically dangerous on the break.

De Gea was not asked to seriously work, though, and as the game drifted to a close United grabbed a third.

Substitute Facundo Pellistri was tackled in the penalty area by Neco Williams and when Anthony Elanga shifted the ball back to Fernandes, he drove it low to Hennessey’s right from 18 yards. 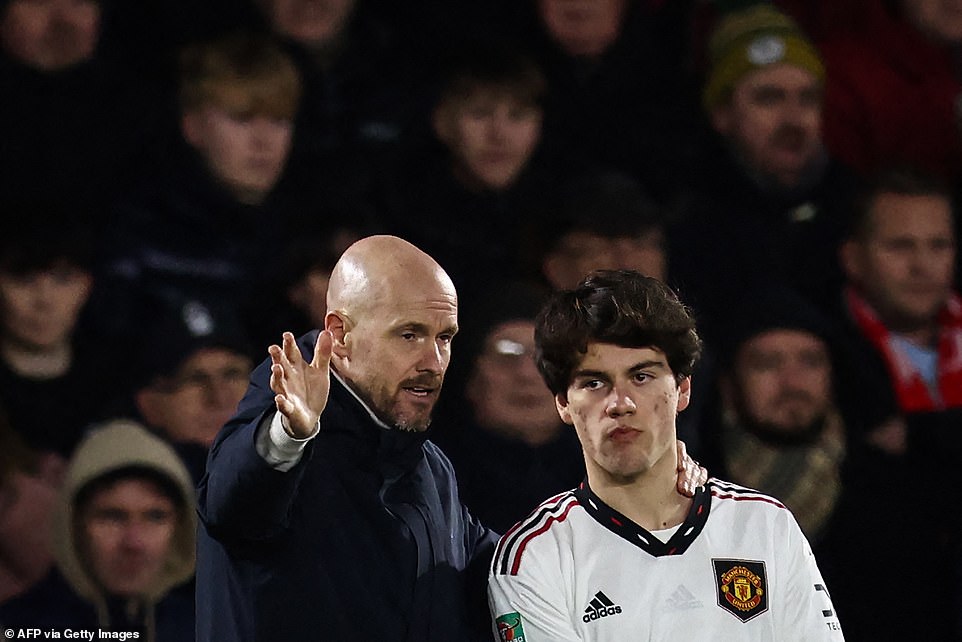 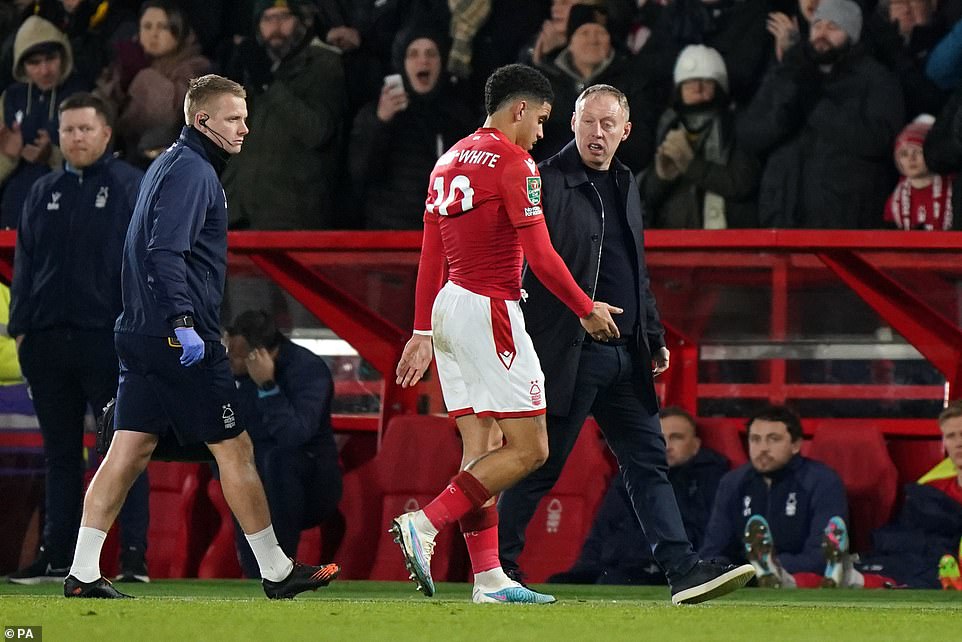 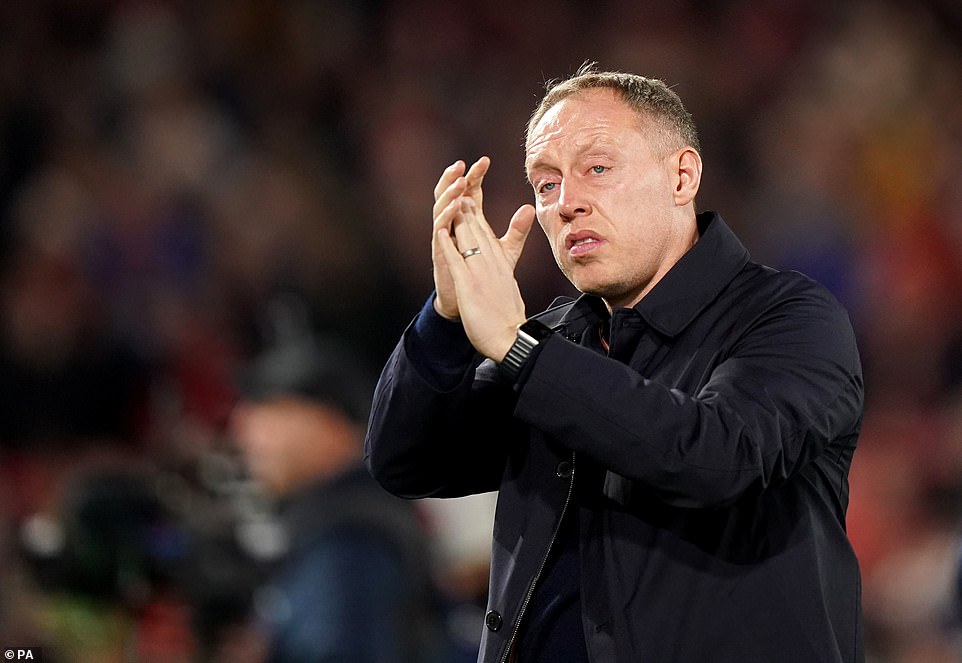 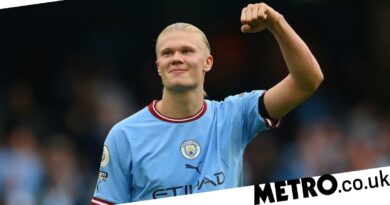 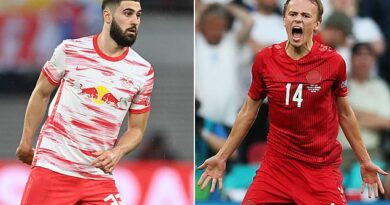 Denmark's Euro 2020 hero among the top young talents in Europe 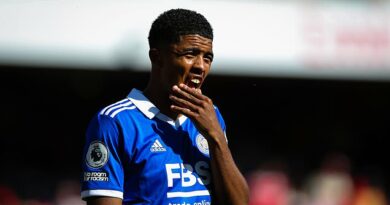 Chelsea and Leicester 'reach verbal agreement over a deal for Fofana'