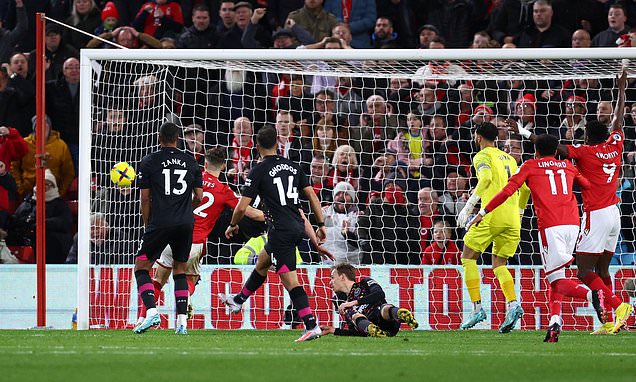 Sometimes you just need a slice of luck and just when Nottingham Forest looked dead and buried and on their way to yet another defeat, a Brentford clearance hit Zanka and sneaked over the line in the 96th minute to cue wild celebrations from the home support. It may have only earned them a point but the equaliser was celebrated like a winner in these parts.

For all the excitement that came with promotion from the Championship, Forest are struggling and this was yet another reminder of how tough this league can be. Forest were much the better side but ultimately undone by two moments where they lapsed in concentration and looked set to be on their way to a ninth defeat in 14 league games when Thomas Frank’s side came back from behind to lead at the City Ground.

Steve Cooper’s side came into this game on the back of a 5-0 thumping at Arsenal last weekend and with three home games in a week before the World Cup break, he could hardly have asked for a nicer schedule. After all, seven of their eight league goals this season had come at the City Ground. And they were the first to strike on a chilly afternoon in Nottingham. 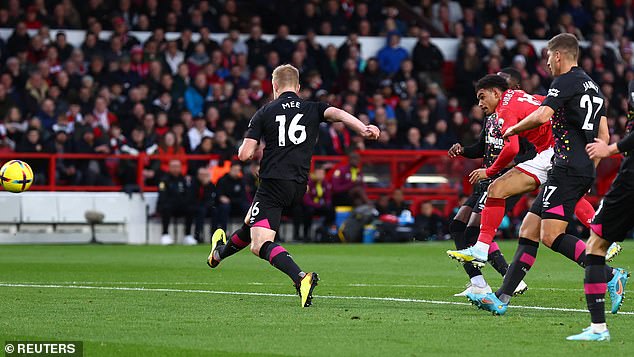 It took Forest 20 minutes to break the deadlock but in reality, the opening goal should have come sooner. First, Gibbs-White found Brennan Johnson who shot straight at David Raya in the Brentford goal and when Gibbs-White threaded the ball through to Johnson again to leave him one-on-one with the keeper, the Forest forward was once again denied by a diving Raya.

The home side had raced out of the blocks and the breakthrough came shortly after. Gibbs-White did brilliantly to get through a flock of Brentford players who were perhaps guilty of holding off the Forest number 10 as they assumed Emmanuel Dennis was offside in the build up. And this time, Gibbs-White took matters into his own hands, unleashing a right-footed shot from just outside the box. With the help of a heavy deflection, Raya had no chance as the ball nestled into the bottom corner and the 22-year-old had his first goal for the club.

With just over half an hour played, Gibbs-White could have had a second. He was proving too much for the Brentford defence as he worked his way into the box but his left-footed strike was held by Raya. That Brentford somehow went in level at half time was largely thanks to their keeper.

Without Ivan Toney, who was out suspended, the visitors evidently lacked a focal point up front and someone to hole the ball up but Forest were left to rue their missed opportunties on the brink of half time when out of nothing, Bryan Mbuemo’s first time ball found a sharp Yoanne Wissa. Wissa fell as he tried to go round Dean Henderson and referee Andre Marinner was sent to the VAR monitor. 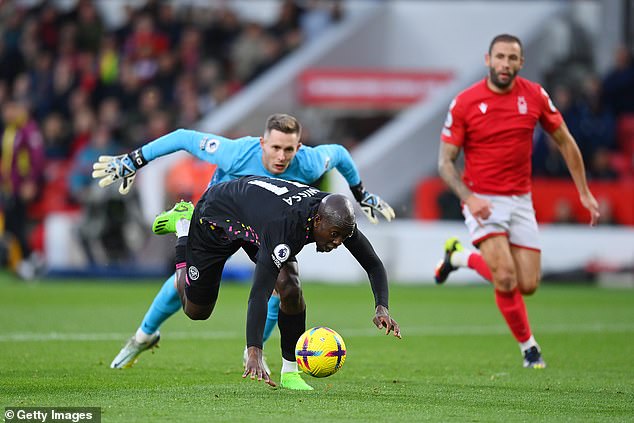 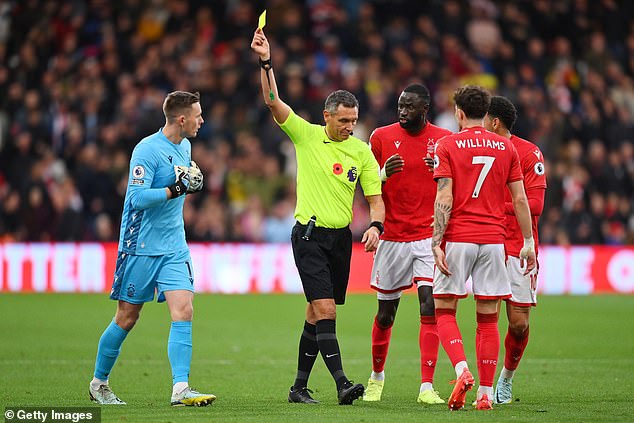 And after a lengthy wait, the referee changed his decision and awarded a Brentford penalty, much to uproar from the home crowd who had seen an earlier decision not go their way when Ryan Yates wasn’t awarded a penalty for what looked like an apparent push by Josh Dasilva.

Henderson was furious and was booked by Marriner but he could do nothing to stop the spot kick. No Ivan Toney, no problem as Mbuemo cooly converted to equalise.

It was Brentford’s 10th Premier League penalty and remarkably, they have scored all of them. Henderson kicked the ball out from his net in anger before running off his line to confront the referee again. As Marriner blew the half-time whistle, a chorus of boos rang around the ground but replays had shown that albeit minimal, there was clear contact. 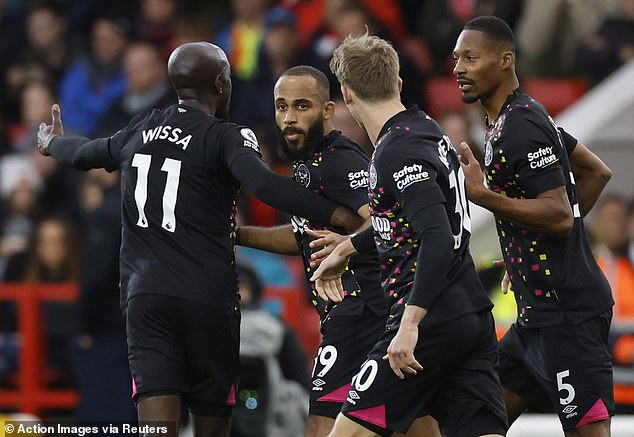 Thomas Frank brought on Frank Onyeka at the interval to perhaps establish a bit of control and suddenly the momentum shifted. Mbuemo’s cross somehow evaded everyone before his shot went narowly wide. Frank sent on Mikkel Damsgaard to try and seize the initiative and just when it seemed as if Forest were the likelier to take the lead, a sublime first-time ball over the top from Mathias Jensen found the onrushing Wissa who finished delightfully with a lob over Henderson in front of the travelling fans and wheeled away in celebration.

It was the first time Brentford had led on the road this season and the chants from the away end summed up Forest’s afternoon. ‘How s**t must you be, we’re winning away’ they sang.

In the second of six minutes of additional time, Taiwo Awoniyi header from close range went over the bar and it looked like that was that but in the dying moments, a goalmouth scramble fell to Gibbs-White and his strike was blocked but came back off Zanka and just about went past the line. VAR checked for a potential offside but this time, the decision went in Forest’s favour. 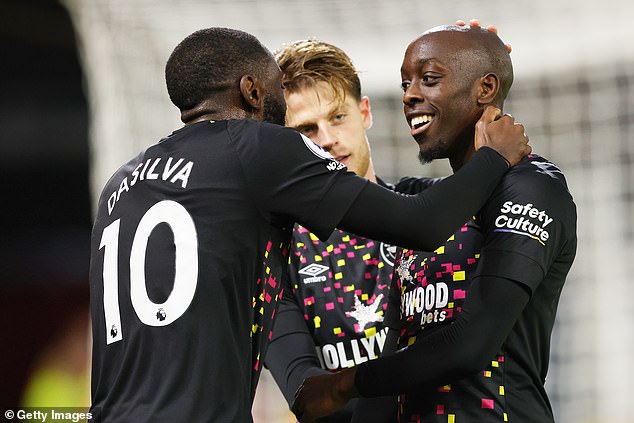 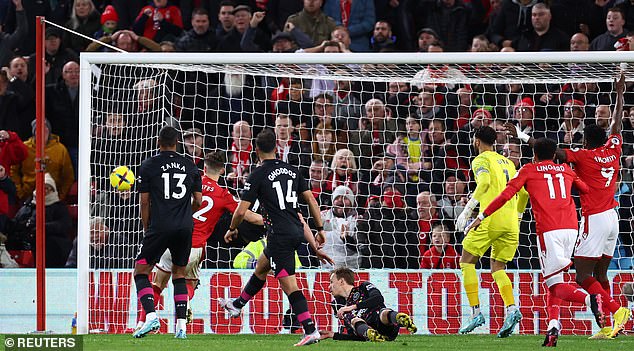 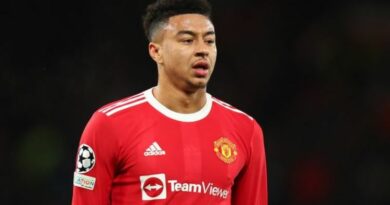