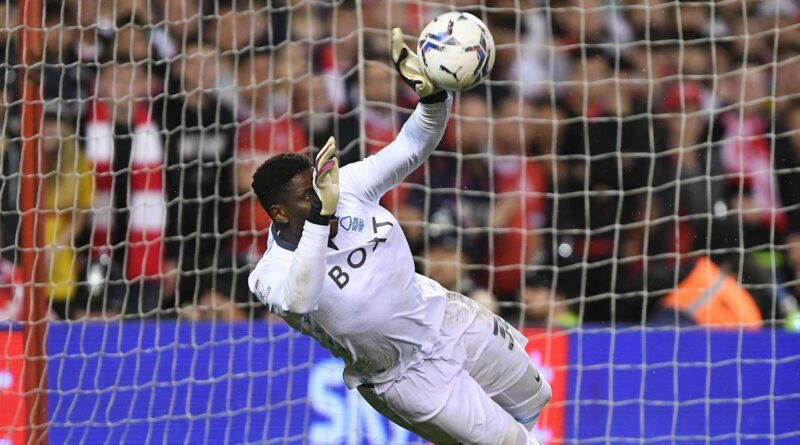 Nottingham Forest's penalty Hero Brice Samba has joked he wants his water bottle back after a fan ended up with it at the City Ground.

Samba denied three Sheffield United players from the spot as Forest marched on to the play-off final. Forest could end their 22-year exile from England's top flight with a win at Wembley later this month.

The shot-stopper's bottle listed all of the Sheffield United players and their preferred penalty-taking directions, and the fan added: "@samba_brice, you are a genius," with a fire emoji. And the Forest man was quick to reply on Twitter with some laughing emojis and "Give it back."

Sheffield had it all to do on Tuesday evening, but in front of a raucous City Ground, the Blades forced the game to penalties. And, in doing so, they become the only side apart from Liverpool to beat Forest at their ground in 2022.

However, it was Samba that stood between the Yorkshire side and a spot at Wembley thanks to the keepers' heroics.

What do you think about Samba's bottle? Let us know in the comments section

"To get through a two-legged semi-final in the play-offs, whether it’s Championship, League One or League Two, you have to do everything,” said Forest boss Steve Cooper.