Nuno Espirito Santo is a “contender” for the Manchester United job, says Kevin Doyle who has warned Wolves fans should be “worried”.

The Red Devils could be in the market for a new manager as Ole Gunnar Solskjaer is coming under pressure.

It has seen Mauricio Pochettino be most heavily linked with the job amid rumours United have approached the Argentine.

But Doyle, who spent three seasons in the top-flight with Wolves at the start of the decade, believes his side’s manager could be eyed up.

Speaking exclusively to Ladbrokes at its launch of the 5-A-Side Bet on Leicester v Wolves, the former forward said: “I think I'd be a bit worried if I was a Wolves fan at the moment about Nuno.

“He's a contender for the Manchester United job, of course he is. Why wouldn't he be?”

Santo has been with Wolves since 2017, guiding them out of the Championship as winners to become a Premier League side regularly competing in the Europa League.

But the former forward also suggested the Portuguese manager would not be top of United’s managerial list.

“Mauricio Pochettino is probably their number one choice but Nuno, definitely, would be up there as well for me,” Doyle added.

“His link with Mendes and their ability to sign players, he would be a contender. I'm a Man United fan and I'd have no problem with him being the manager.

“He'd definitely be inspirational. You watch him on the side of the pitch and he's the total opposite to Solskjaer.

“I don't think he's going to go anywhere just yet, and I think Pochettino is probably the more suitable option – he's had more success and has more experience in the Premier League at a top club so he's rightly the favourite.

“Wolves fans are probably safe for now but there's no reason at all that I can see why he wouldn't be considered for the Man United job.”

It comes as United’s star man Bruno Fernandes also piled the pressure on Solskjaer with his comments following the 2-1 loss to Istanbul Basaksehir. 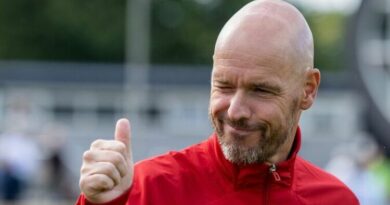