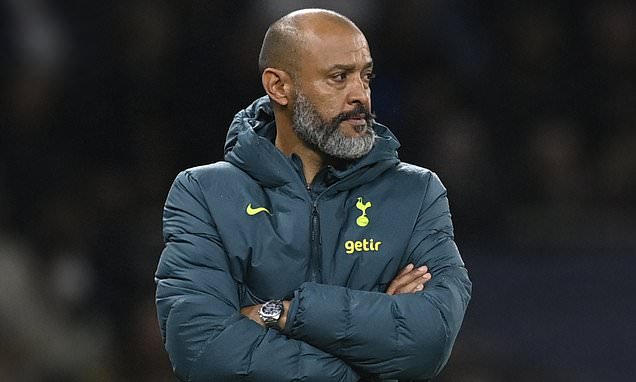 Nuno’s side are currently 2-0 ahead in their UEFA Conference League match with Slovenian side Mura but the manager appeared to take exception to the questions asked by BT’s Jeff Brazier ahead of the game. 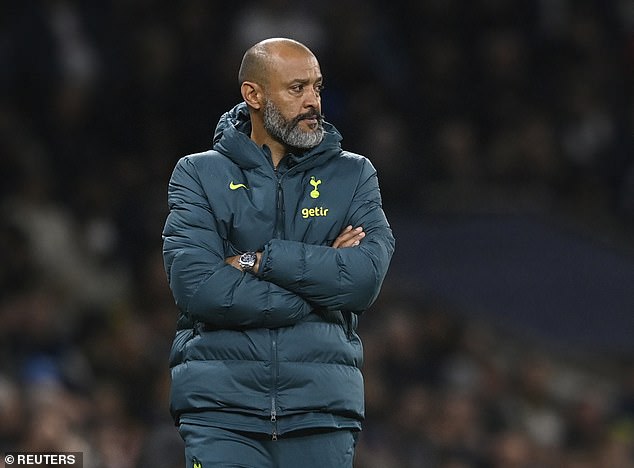 The Portuguese gave short answers to questions about why Harry Kane and Son Heung-min were not starting.

He also seemed unimpressed by Brazier’s suggestion players could play their way into the team for the game against Aston Villa this weekend and ‘atone for a miserable week’.

‘The Villa game doesn’t have anything to do with this game,’ Nuno said. ‘It’s totally different games, we have to focus on this one.’ 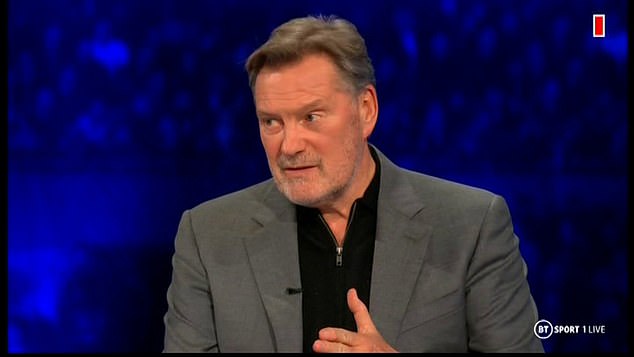 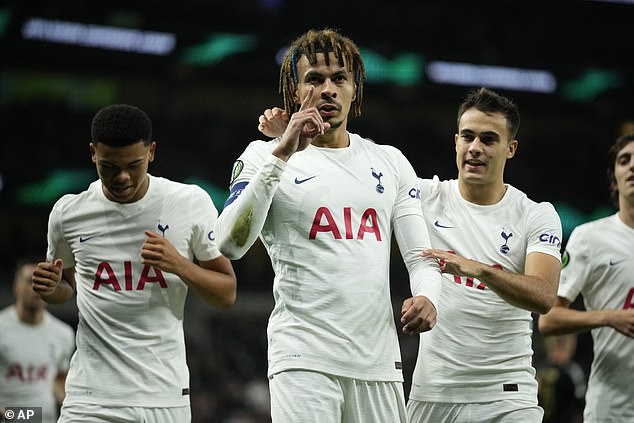 Hoddle picked up on the manager’s mood and said he looked under pressure ahead of tonight’s game.

‘I’ve got to say in that interview, that’s the first time I’ve seen that, Jeff was having a hard time getting anything out of them, he was batting it straight back,’ Hoddle told BT Sport.

‘He did look a little bit under pressure to me. There wasn’t a smile there, nothing like “we’re nice and relaxed, looking forward to the game, I think we’ve got a good enough team to go and win.”

‘It wasn’t really a positive interview. It’s a strange one.’

An early penalty from Dele Alli and a sweet strike from Giovani Lo Celso has put Tottenham 2-0 ahead in the first half. 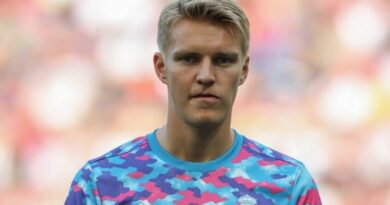