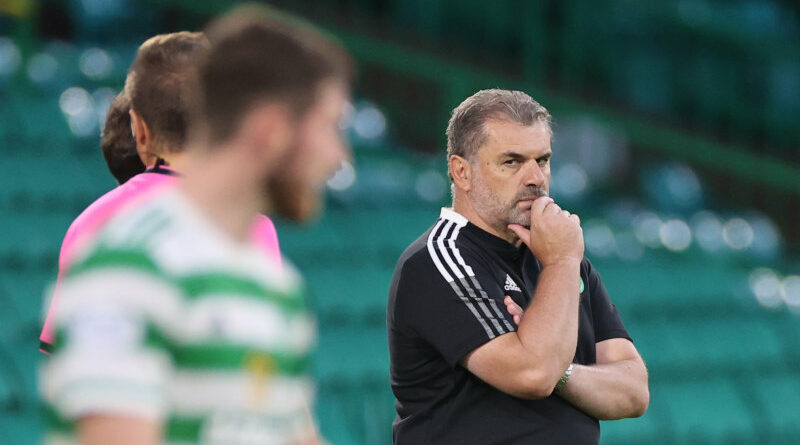 Rangers stretched their unbeaten Old Firm run to seven games thanks to a second-half goal by Swedish defender Filip Helander on Sunday. 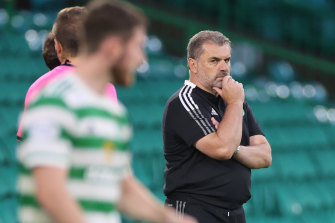 Ange Postecoglou on the sidelines at Celtic Park.Credit:Getty

The result left Rangers, who had won five of their previous six meetings against Celtic, third in the Scottish Premiership on nine points from four games after Helander headed home a Borna Barisic corner at the far post in the 67th minute.

Celtic stayed sixth on six points after suffering their second league defeat of the season, having been beaten by Hearts 2-1 in their opening game.

Celtic came close in the 25th minute when Odsonne Edouard missed a sitter as he scuffed his shot wide before Ryan Kent hit the outside of the post from 20 metres at the other end.

Rangers dominated after the break and Helander sent a packed home crowd into raptures when he met Barisic’s cross to steer it past former England goalkeeper Joe Hart, who got a touch but could not keep the ball out.

Home keeper Robbie McCrorie twice denied Japanese forward Kyogo Furukashi an equaliser, rushing out to block him a minute after Rangers took the lead and then producing a superb reflex save in the 85th minute.

Messi era has begun at PSG but Mbappe the star

In France, Lionel Messi made his debut for PSG after coming off the bench midway through the second half in a 2-0 win at Reims.

Messi replaced his friend and former Barcelona teammate Neymar in the 66th minute and they shared a hug.

After years of glory for Messi at the 99,000-capacity Camp Nou stadium in Barcelona, the record six-time Ballon d’Or winner and four-time Champions League victor made his first PSG appearance at the modest 20,000-seater Stade Auguste Delaune. 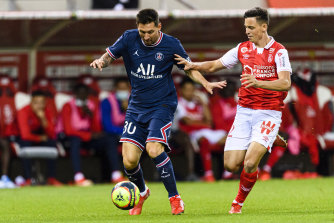 Lionel Messi on his debut for PSG during the Ligue 1 match against Reims.Credit:Getty

The 34-year-old Argentine, who led his nation to the Copa America title last month, joined PSG three weeks ago after his new contract with Barcelona fell through.

Striker Kylian Mbappe had scored both goals before Messi came on. He headed in Angel Di Maria’s cross in the 15th minute and then turned in Achraf Hakimi’s cross in the 63rd for his 135th goal since joining PSG in 2017.

In the English Premier League, Mason Greenwood is making sure Manchester United don’t forget him when Cristiano Ronaldo returns.

The 19-year-old striker, who is almost half Ronaldo’s age, has scored in all three matches for United so far this season.

His latest strike ensured an underwhelming United performance at Wolverhampton still ended in a 1-0 victory on Sunday. It was set up by Raphael Varane, a former teammate of Ronaldo’s at Real Madrid, on the defender’s United debut.

But it is the frenzy over Ronaldo’s unexpected return to Old Trafford that has lit up this transfer window, with the 36-year-old star ready to return to the club after the international break.

United are in need of increased firepower up front. While Greenwood’s first goal of the campaign was in a 5-1 rout of Leeds, last week’s was required to salvage a draw at Southampton.

The winner at Wolves came in the 80th minute after United required David De Gea’s sensational double save with about 20 minutes to go to thwart Romain Saiss.

“I think we were below [par] today, we didn’t play too well,” the goalkeeper said. “But it’s a massive win for us.”

While United moved onto seven points, the only team with a perfect record after three games is Tottenham. All three wins have been 1-0, the latest against Watford clinched by Son Heung-min’s free kick — which beat goalkeeper Daniel Bachmann — on his 200th Premier League appearance.

Burnley striker Chris Wood scored the 30,000th goal since the inception of the Premier League in 1992 but the north-west club was denied a first win of the season against Leeds after Patrick Bamford recovered a 1-1 draw. 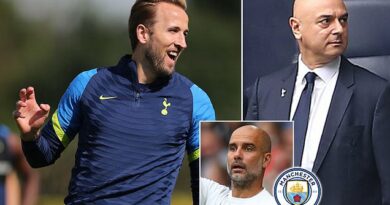