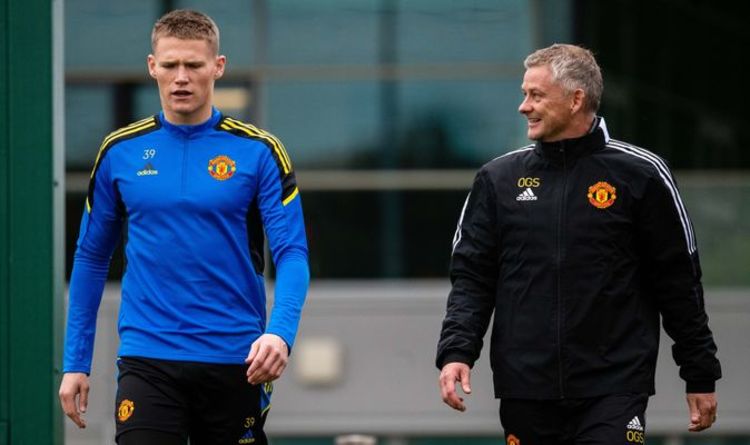 Under-fire Ole Gunnar Solskjaer has received a timely boost as he battles to save his job as Manchester United manager. The Red Devils have only won one of their last seven games, with Solskjaer appearing to be on the brink of the sack after humiliating defeats to Liverpool and Manchester City.

Their run of awful form has seen Solskjaer’s side drop to sixth in the table, already nine points behind leaders Chelsea.

United and their boss Solskjaer desperately need to beat the Hornets to relieve some of the pressure on the Norwegian.

They were already set to be without three key players, with Raphael Varane and Edinson Cavani injured, while Paul Pogba serves a suspension for his sending off against Liverpool.

Luke Shaw’s fitness will also be a concern for United, with the left-back forced to miss out on England’s wins over Albania and San Marino with a concussion.

It looked as if Solskjaer would be hit by a further injury blow when Scott McTominay was ruled out of both of Scotland’s final World Cup qualifiers with illness.

The midfielder came down with a throat infection ahead of his country’s clashes with Moldova and Denmark.

As a result, he was sent home from their Spanish training camp by Scotland boss Steve Clarke to recuperate.

McTominay missing two successive games with the illness would have concerned Solskjaer that he may not be ready to feature at Vicarage Road.

But in a huge boost to the under-pressure United boss, the midfielder has now revealed that he could yet play against Claudio Ranieri’s side.

The 24-year-old has insisted that he has “recovered well” from the throat infection, in what is welcome news.

“Tough one to take not being available to help the boys this past week through not being well,” he wrote on social media ahead of the visit of Denmark.

“But I’ve recovered well and just want to wish the squad the best of luck for tonight.”

Despite McTominay’s absence, Scotland were able to defeat both the Danes and Moldova 2-0.

Those two wins secured Clarke’s side second place in their qualification group, with earnt them a seeded spot in March’s play-offs.

United will now hope that McTominay will be able to train with the first-team group this week and regain full fitness in time for Saturday’s game.

The Scot has been a key player for Solskjaer this season, starting 10 games in all competitions, including the last five in succession.
Source: Read Full Article

John Aldridge: 'Being Champions of Europe has changed the way these Liverpool players view themselves'