The Red Devils face an uphill battle to secure a place at Wembley after suffering a 3-1 loss as Pep Guardiola ’s side did all the damage in the first half.

Bernardo Silva curled a brilliant finish past David De Gea in the 17th minute before Riyad Mahrez rounded the goalkeeper to double the lead after the half-hour mark.

Andreas Pereira’s calamitous own goal in the 38th minute completed the home side’s humiliation but Marcus Rashford did pull one back after the break.

Despite the improved second-half performance, it was another wretched result that continues United’s disappointing season.

“Time has come to sack Ole Gunnar Solskjaer United are awful I’m disappointed to say I’m a United Fan this was the reason I didn’t renew my season ticket,” one wrote on Twitter.

“This squad is poor but Solskjaer has to get more from this team. He’s out of his depth and deserves the sack,” a third commented.

“What has to happen for Man United to sack this disaster named Ole Gunnar Solskjaer,” another said.

“Enough is enough, please sack him,” moaned a fifth fan.

“Can we please sack Solskjaer now?” asked this fan.

While another screamed: “Sack OLE GUNNAR SOLSKJAER in the morning!”

Solskjaer was appointed as United’s interim manager in December 2018 following the sacking of Jose Mourinho.

The Norwegian impressed enough to earn the permanent gig but the team’s form nosedived upon his signing of a full-time contract.

United are fifth in the Premier League table, five points behind fourth-placed Chelsea. 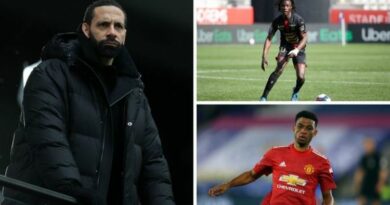 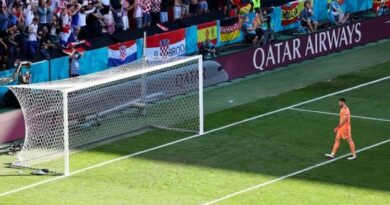