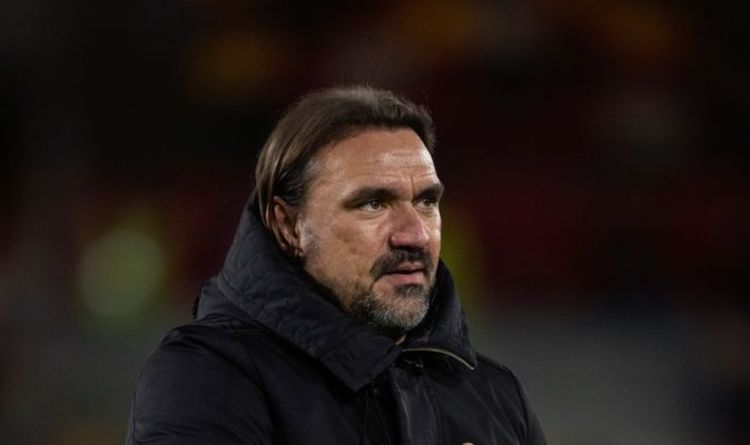 Ole Gunnar Solskjaer is walking on thin ice as Manchester United boss after a spate of poor results at Old Trafford. Having lost 5-0 to arch-rivals Liverpool two weeks ago, United followed it up with another poor performance in their 2-0 loss to Manchester City on Saturday, reinforcing calls for Solskjaer to leave the club. And Chris Sutton believes the only reason United haven’t emulated Norwich, who ruthlessly sacked Daniel Farke just hours after beating Brentford, is because of Ed Woodward.

Norwich were rooted to the bottom of the Premier League before Saturday’s win against Brentford, which was their first of the season and the first time they’d scored two or more goals in a Premier League game in 29 matches.

Yet despite their first win of the season, the club took the drastic measure of sacking manager Farke hours after the full-time whistle.

Norwich chiefs felt they had no time to waste and acted swiftly by dismissing Farke before beginning a search for a new manager who they feel could help stave off Premier League relegation.

United, however, are not following suit and are instead showing a tremendous amount of patience with Solskjaer, who many consider lucky to still be in a job.

Just one win from six league games has left the Norwegian on the brink at Old Trafford, but as of this morning the United board still have no plans to replace him.

Former Norwich star Sutton believes Woodward’s impending exit is the only reason why United are not deciding to axe Solskjaer.

“The problem is Ed Woodward, their executive vice-chairman and chief decision-maker, is on his way out of the club,” Sutton wrote in his Daily Mail column.

“He doesn’t seem interested in spending the final stage of his tenure giving Solskjaer the bus fare home from Carrington and staging interviews with potential candidates.

“A different executive would have acted sooner. A new one might, once he takes over from Woodward.”

Gary Neville made similar claims over the weekend. Taking to Twitter, he wrote: “The situation at United is made more complicated with Ed W leaving in weeks.

“He gave OGS a 3 year contract months ago and he won’t want his final act to be sacking a manager.

“However he knows an incoming CEO could throw him overboard by doing just that and blaming him!”

United are currently languishing in sixth, nine points off the top of the table following Chelsea’s draw at home to Burnley.

And Sutton noted that by not having a thorough plan like the more successful sides in the country, United will not be champions for a long time.

He added: “The biggest clubs plan ahead. City announced in February 2016 that Pep Guardiola would be their next boss, from the start of the next season. They had a plan.

“United, by contrast, are continuing to wander aimlessly down a path which will not lead to them being Premier League champions.”