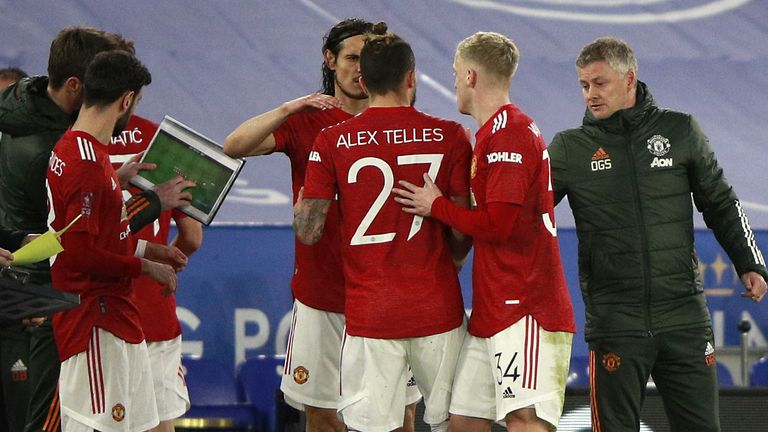 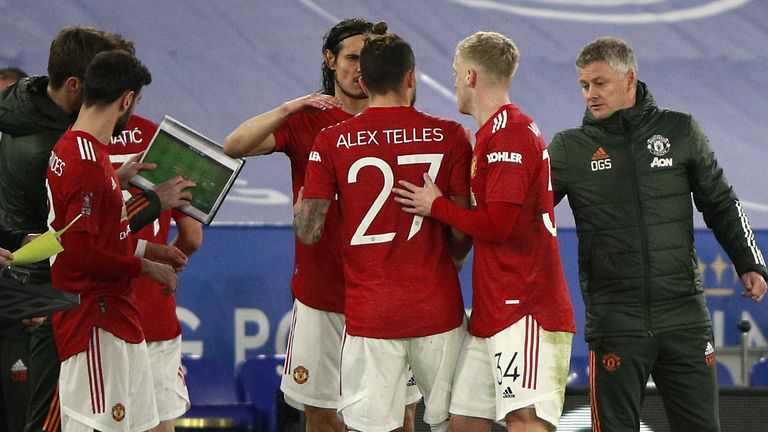 Man Utd need to win a trophy and their rotation vs Leicester was puzzling, while mid-table is “not good enough” for Arsenal, says Paul Merson.

United manager Ole Gunnar Solskjaer made five changes at the King Power Stadium in the FA Cup sixth round on Sunday, only for the visitors to suffer a disappointing 3-1 loss that now means their only chance of silverware this season is the Europa League.

The Soccer Saturday pundit also gives his thoughts on Arsenal’s 3-3 draw with West Ham on Sunday, and why Mikel Arteta’s side are desperate for consistency. 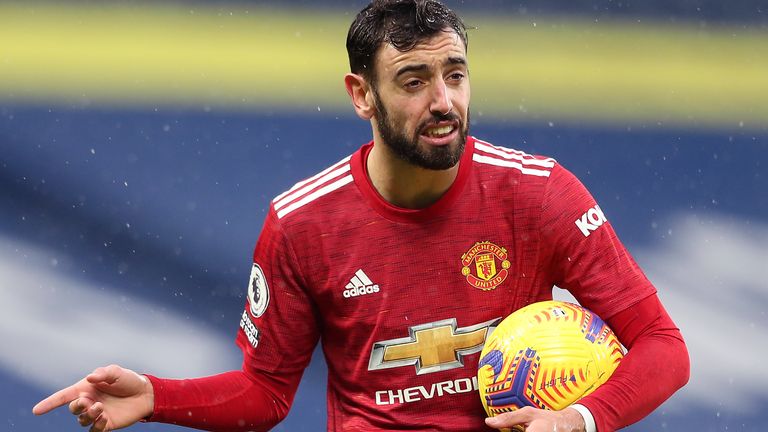 The one player Manchester United have to play is [Bruno] Fernandes. He’s played every single week in virtually every game, then it gets to the quarter-final of the FA Cup and he doesn’t play.

He’s played in other games where the game is sort of a dead rubber where they’ve won the first leg and he’s played. I thought it was strange and a bad result for Man Utd. Shocking.

People keep laughing because I keep saying it but Manchester United are the biggest club in world football, in my opinion. But they need to win something. It’s alright going and beating Man City and stopping the run, but you’ve got to kick on and go and win a trophy. Now the pressure is on – they’ve got the Europa and that’s it.

I don’t know what they’re thinking upstairs at United. I don’t know if they’re thinking ‘just get us top four, Champions League football and we’ll go from there’. They’re going to get Champions League football, I don’t see them finishing outside the top four so for Ole not to keep his job when teams like Liverpool, Chelsea or Arsenal might not finish in the top four – it’s not as easy as it used to be to walk into the top four every year.

It depends how the owners perceive it and what they want. If it’s going to keep ticking over the books for them, getting into the top four, it’s a job well done. For me, it’s Manchester United and they need to be winning trophies. But if they win the Europa League and get in the top four, which I expect them to, I don’t see anything wrong with that. 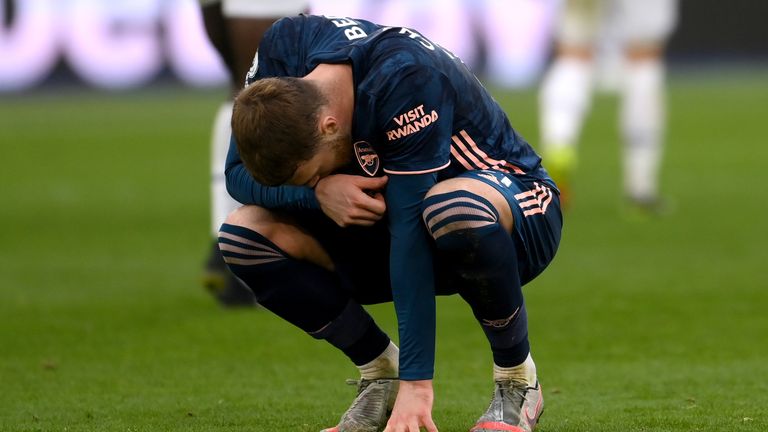 It was exactly how Arsenal are in a nutshell, in that 90 minutes of football [against West Ham]. They’ve just been so inconsistent all season. Last week, they were great against Tottenham, they looked really good and looked like a team.

Then they go out and put in a 45-minute performance like that and then come back and get a result. It summed up everything about their season in a nutshell in the last week. If you want to be successful, you need consistency and if you don’t have it, you’ve got no chance.

I thought they made mistakes and the first 45 minutes was a bit lackadaisical, if I’m being honest. West Ham came and pressed them, they tried to win the ball high up and Arsenal just didn’t get it right. He went with Aubameyang on the right instead of the left. For me, Aubameyang is best out on the left and he changed that back after 20 minutes.

For the players, as soon as the shackles are off and they have nothing to lose, they can play. But at the same time, I think West Ham helped with that because they sat back so deep, that they invited Arsenal onto them. And if you give them that much time and defend on the edge of your box, they will open you up by the end of the game.

‘Watch this space on Aubameyang’

It was weird against West Ham because Arteta brings him off, but they’re losing the game and need a goal so they bring off their top scorer and their talisman. He’ll be one of those ‘watch this space’ over the next three or four months.

It’s hard at the moment because you haven’t got a choice really, they gave him a big contract so Aubameyang holds all the cards, he’s not getting those wages anywhere else in the world. For me, it’ll be up to Aubameyang what he wants to do, not what Arsenal want to do.

From what happened between Sunday and Thursday, it was a massive result for Tottenham to pick themselves up and go again. They could have felt sorry for themselves and they didn’t. I thought it was a professional performance, it wasn’t great, but it was a good performance and they won.

You’ve got to be ruthless, you don’t let them back into the game and if you have that winning mentality, that really doesn’t happen [the defeat to Zagreb]. I can understand where Mourinho is coming from [about building a mentality], but credit to the players for bouncing back.

But let’s be honest, I think Mourinho and the players would rather have been beaten 3-0 at Aston Villa and won 2-0 in Zagreb. You’re better off keeping your eggs in both baskets but they’ve got them all in one basket now, when really they had their hands in two.

‘Aston Villa are a relegation team without Grealish’

I said it when he first got injured: Villa are a completely different team [without Grealish]. They’re solid enough at the back, they’ve got two good centre-halves, the two full-backs are decent and the goalie is good.

But they’re not going to score any goals without Grealish. You wouldn’t back Jack to get 20 goals a season, but he does create a lot of chances and he’s their go-to man.

Without being horrible, they’re a relegation team without Jack Grealish in the team. Not this season, but if Jack ended up leaving, you’d expect them to be well down in the bottom half of the table.

Lingard back in England squad – ‘Biggest compliment ever’ 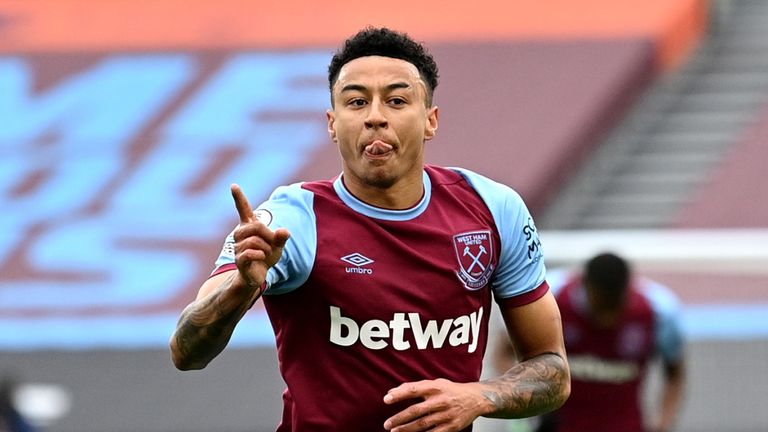 I said on Transfer Deadline Day, I thought Lingard to West Ham was the signing of the day and it looks like that. I’m a big fan of his and I think he was unlucky at Manchester United.

I think he’s a team player and he is more interested in the team. When people start saying ‘he has no goals and no assists and you’re playing for Manchester United’, you have to look at the whole picture. It might not be the person who sets the goal up, but it might be the pass before that which puts someone in to square it back for someone to tap in. We get so wrapped up in stats that we miss those sorts of things.

I’m a big fan of his, he’s a clever footballer. It shows how highly thought of he is in that he’s played six or seven weeks of football and he’s back in the England squad – it tells you he’s a good footballer.

If Lingard does well [with England], it opens up the question of if Jack Grealish gets in. I’m Jack’s biggest fan, but I’m not sure Gareth [Southgate] is. It will be interesting to see how Jesse Lingard does and if he’s given an opportunity. If he’s not given one, then I don’t see a problem with Jack walking straight back into the squad but if Lingard is given an opportunity and does well, I don’t know how Jack gets in the squad then.

It’s the biggest compliment ever, he’s played hardly any football but came in at West Ham, done great and has gone straight back into the England squad so that tells me Gareth likes him and trusts him.

‘Not the time for England experimentation’ 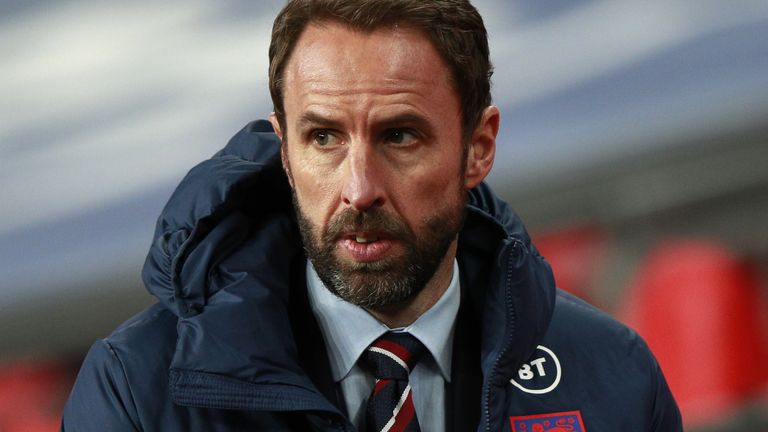 Gareth needs to nail this team down and how we’re going to play. I don’t think we’re at a stage now, with the tournament starting in June, where we’re experimenting and giving caps out.

I think we need to get a steady team and then maybe with 15/20 minutes to go, if we wrap these games up and get players on to give them a bit experience, I don’t think we have time for experiments now.

These European Championships, they’re just as hard to win as the World Cup, if not harder. If you look at the world, there’s only maybe only Brazil or Argentina that can win a World Cup that aren’t in Europe. Every now and again, you’ll get a couple of ‘gimme games’ in the World Cup, but there aren’t any of those in the Euros. If you lose your first game, you’re up against it and we need to hit the ground running. 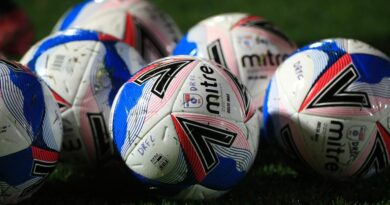