Olivier Giroud has already agreed personal terms with Inter Milan and will leave Chelsea as a free agent in the summer, according to reports in Italy.

The France striker tried to push through a move to the San Siro in January after a frustrating first half of the season with Frank Lampard’s side.

Lazio were also interested in signing the World Cup winner but Chelsea blocked the move due to a lack of alternative options up front at Stamford Bridge. 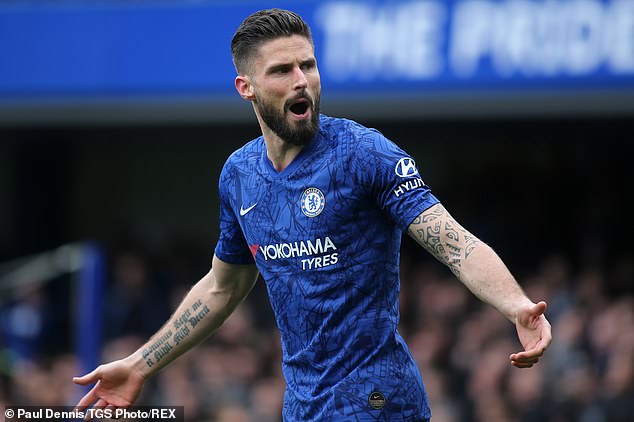 Olivier Giroud has agreed personal terms with Inter Milan, according to reports in Italy

Giroud however became Chelsea’s main striker following Tammy Abraham’s ankle injury before the season was paused due to the coronavirus crisis.

Reports surfaced earlier this month that Chelsea were looking to extend his deal beyond the end of the current season, but Tuttosport now claim that Giroud has made up his mind to move to Serie A.

He would therefore move to Inter on a free transfer, with the report claiming he is set to sign a two-year contract with Antonio Conte’s men with an option of a third year. 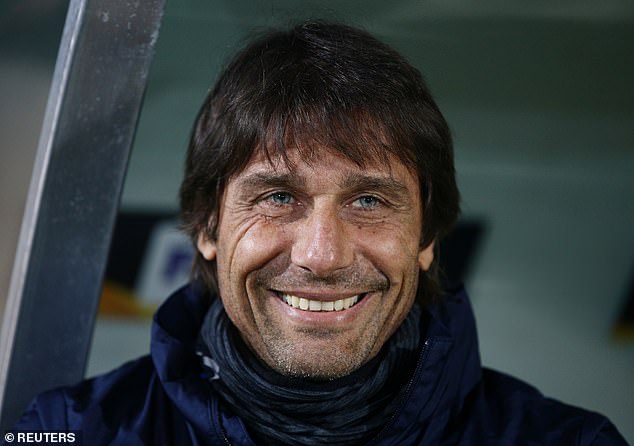 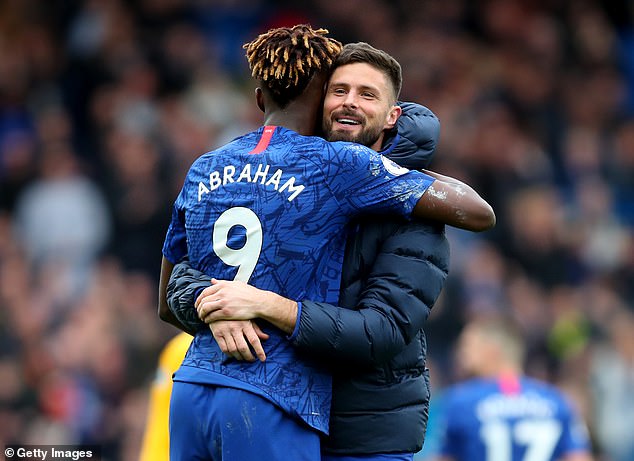 The news comes a few days after reports claiming that the former Arsenal striker was ready to take a significant hit on his current wages of £135,000-per-week.

If he does join Inter, Gazzetta dello Sport claim Giroud could earn around £110,000-per-week, which would be in line with the wages of some of the Italian club’s top earners.

Giroud turns 34 in September and scored three goals in just 13 competitive games for his club this season.

Should the Frenchman move on, reports on Sunday suggested the Blues could make a move for highly-rated German striker Luca Waldschmidt as his replacement, with a £20million move reportedly on the cards. 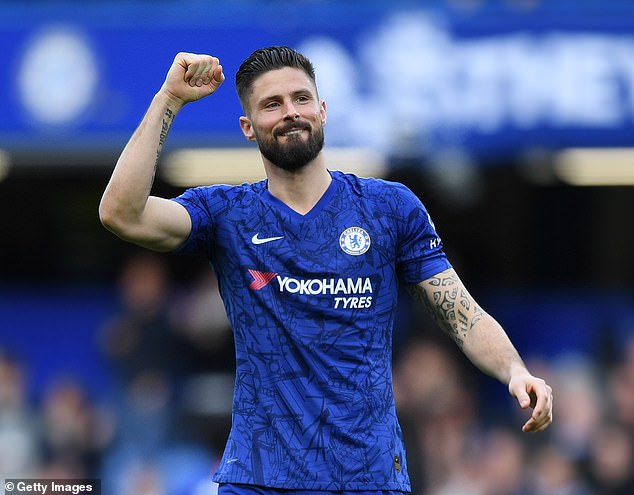