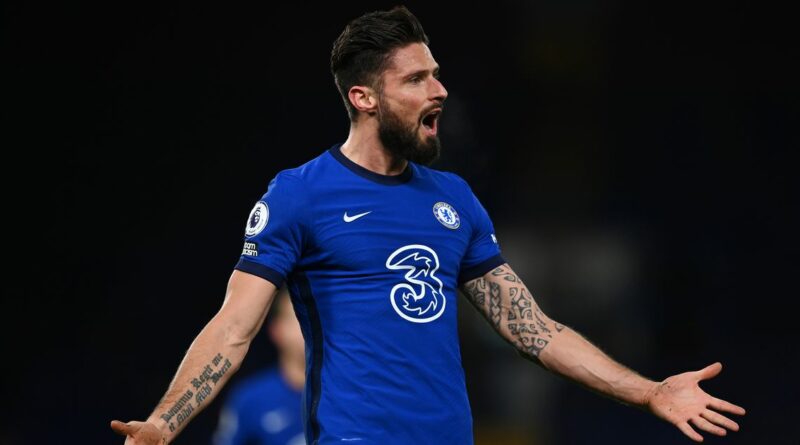 Chelsea forward Olivier Giroud has dropped a fresh hint about his future as the January transfer window has opened.

The Frenchman has struggled for starts under Frank Lampard this year, making just six in all competitions.

While it has not stopped the 34-year-old from scoring nine goals in the 2020/21 campaign, it has seen him linked with a move away from Stamford Bridge.

One club that have expressed an interest in Giroud is West Ham, with David Moyes being a long-term admirer of the Frenchman.

But the forward’s latest comments suggest he will not be going anywhere soon.

Speaking to Sky Sports , the forward said: “Obviously, I am very happy with these numbers. I am the happiest man when I am on the pitch.

“We will see what happens in the next few months but I just want to keep my efficiency high. When I am not on the pitch, I just try to be a part of the team.

“I really want the best for this team and I really believe we have a big opportunity to win something at Chelsea with this great squad. I will just carry on like this and try to keep it up.”

The forward went on to explain how he is able to keep on scoring despite not getting regular starts at Chelsea.

“My main strength has never been my pace,” Giroud added.

“A scoring instinct is something you have or you don't. A striker can sniff things.

“As a striker, if you want to get free from the defender, you have to make a first run and then after that another run. You feint to go to the far post but end up going to the first post. It is all about that movement to get free from your defender to receive the ball.

“It is not random. There is nothing random when you score goals. Never. It cannot be that you are just lucky. You are relentless and resilient. You always keep believing.

“That is one of the main qualities of a striker. You never stop and you always believe that you are going to score even if you miss the first one or the second one.”

It comes as Lampard has given an insight into the Blues’ transfer plans for January.