Neil Critchley, Liverpool Under-23s’ coach, is looking towards the newly constructed senior team HQ from a window at the club’s academy.

“You can actually see the pathway there,” he points out, the architects unable to resist building this physical metaphor linking the pitches at Kirkby.

Future generations of graduates will make their way along what resembles a winding, yellow-brick road once Jurgen Klopp’s squad make a permanent move this July.

Critchley and the stars of his side have already earned the right to take the walk, the 41-year-old granted the honour of being first-team coach for the day when he leads the club against Aston Villa in tomorrow’s Carabao Cup quarter-final.

“One game like this is worth a million training sessions,” says Critchley, increasingly enthusiastic when recalling the last-round victory over Arsenal.

“You could definitely see the players grow in front of you after that last game. It is not easy to put in words. Physically, they change. It is in the body language. “There is a visible difference when a player goes through an experience like that at Anfield. The manager said it was his most enjoyable game of the season. There were a few of us who felt like that.

“Coaching is about putting players in situations they are not used to and seeing how they respond to that challenge. So, when you see Curtis Jones under that pressure, walking up to the Kop and scoring that winning penalty… you see it not just as a great moment for the players and for Liverpool, but also their families. At this level, you see yourself as a guide.

“They will have many mentors during their career at the academy. It is like a pyramid rather than a path, working your way through to that top end. The players here are all appreciative of that chance.”

Listening to Critchley, it is clear that so, too, are the coaches.

He prefers being in the background, so somewhat reluctantly Critchley finds himself thrust into the limelight by the club’s hectic schedule, Klopp watching from afar in Qatar where Liverpool play the semi-final of the Club World Cup on Wednesday after making it five wins in a row with a 2-0 victory over Watford on Saturday.

“I’m not sure what the time difference will be,” says Critchley. Does he expect a phone call on the touchline if it is going wrong? He laughs. “The boss is brilliant with all his staff. He trusts people and empowers his staff to do what they are in their position to do.

“Obviously, I will be chatting to him, picking his brains about the game. I know he will be there for us as needed. To be honest, there have been so many games it is difficult to say which players will be available. We had seven of our Under-23 lads finish the game in the last round versus Arsenal and you plan for similar. But you can never be sure.

“Both the managers I have worked under at Liverpool: Brendan Rodgers and Jurgen; have been incredibly supportive. I feel very fortunate to work with two managers at a club of this size who care so much about young players.

“(Brendan) is a great believer in youth. Then you see Jurgen and his track record, wanting to give young players their opportunity.”

Critchley joined Liverpool in 2013, headhunted by Rodgers and academy director Alex Inglethorpe. He began his playing career at Crewe, moving into non-League football as a midfielder at Hyde United and Leigh RMI, before determining early he would go into coaching.

“I was told at 17 that I should think about it,” says Critchley. “It is not something you envisage at such a young age, but by the time I was 24 I was back on the staff at Crewe doing match analysis and then moved through to become academy director.

“Then seven years ago, Alex approached me out of the blue. I had no contact with him or Brendan before then, so you will have to ask them how I came to their attention. I met him and Brendan and it was such an honour to be asked to join Liverpool. You don’t turn down that opportunity. To work for Steve Holland at Crewe and then come here and with Alex and Steve Heighway, it feels like I have been given a Harvard degree in coaching.”

“There are a lot of English coaches going under the radar. It is like young players, they need an opportunity. Dean Smith is the perfect example, going from Walsall as coach, then manager and now a Premier League manager. Fingers crossed Steven Gerrard and Frank Lampard continue to do well.”

So, what of Critchley’s ambitions? Offers might flow if he secures a victory for what is sure to be the youngest, most inexperienced Liverpool team in history.

“People often ask me, but I am honoured to be in this position,” he says. “I am someone who prefers to do his work in the background. This will be a little different.

“I love this job and come in every day wanting to make these players better. Where that takes me in the future, who knows. I am aware of what it means.”

To lead a Liverpool team in a cup game is fantastic. But I like the idea of this being all about the young players. There is a void between the 18-21 age group which has been spoken about for many years, the question being asked how we give these young players an opportunity.”

We’re back pointing out of the window towards that winding path, again.

“Not everyone moves at the same pace, especially at the under-23 level,” says Critchley. “We are all competitive and this game carries a lot. We are going to have to help each other along.” (© Daily Telegraph, London) 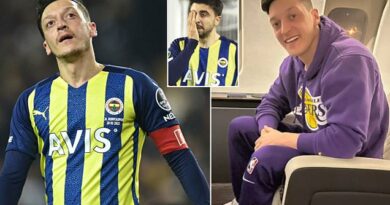 Mesut Ozil is EXCLUDED from the Fenerbahce squad indefinitely 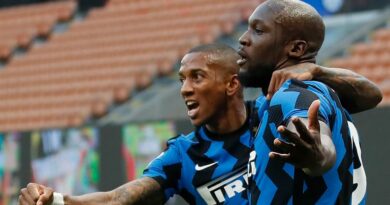