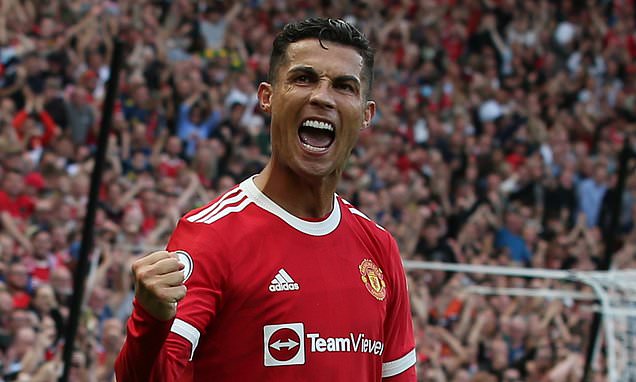 There was only one show in town when Cristiano Ronaldo made his second Manchester United debut… it was surreal to see him back but he has taken care of himself immaculately, as Newcastle found out to their cost

The former Real Madrid man will have been looking forward to this, his home debut at Old Trafford. He’d had a taste of it before, of course, but this promised to be something else altogether.

Unfortunately for Raphael Varane, there was only one show in town.

A month ago, Varane strode out onto the turf here in a sharp suit after his £43million arrival from the Bernabeu and received a rapturous reception from the Old Trafford crowd before the home opener against Leeds. 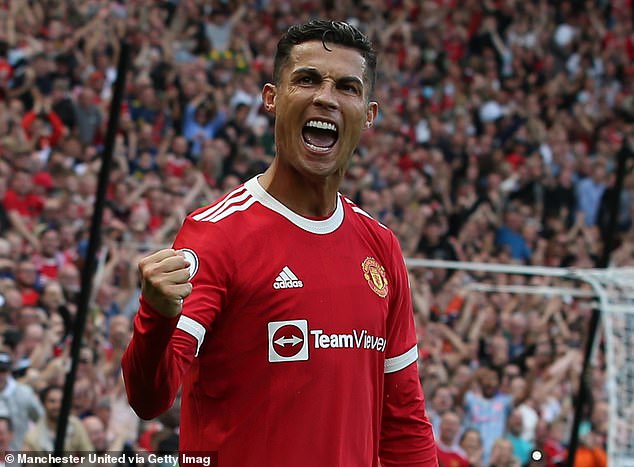 That was also the day Jadon Sancho made his home debut for United following a £73m move from Borussia Dortmund, coming on as a substitute in the 75th minute.

Sancho’s arrival ended a transfer saga dating back more than a year, and was met with relief more than anything by the United fans.

The pursuit of Varane had lasted even longer, about a decade to be precise. United fans knew they were getting a world-class centre-back and there was a sense of expectancy around United coming into the new season. 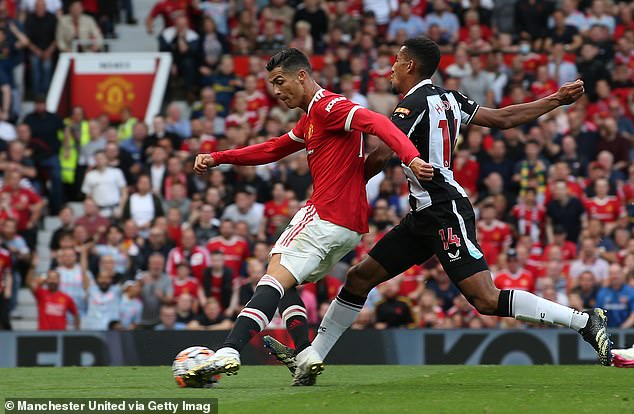 The return of Cristiano Ronaldo has sent those expectations through the roof though, and will be nigh on stratospheric after his sensational second debut against Newcastle, 12 years after his last appearance for United.

The sense of optimism around Old Trafford on Saturday was inescapable.

It’s hard to look at United as anything but serious challengers now for the Premier League, as well as a Champions League campaign that begins in Switzerland on Tuesday. You would expect this team to make short work of a group comprising Young Boys, Atalanta and Villarreal.

Solskjaer described the pressure of his job as ‘a privilege’ on Friday and there will be plenty of it on his shoulders now Ronaldo has joined Varane and Sancho in the ranks. 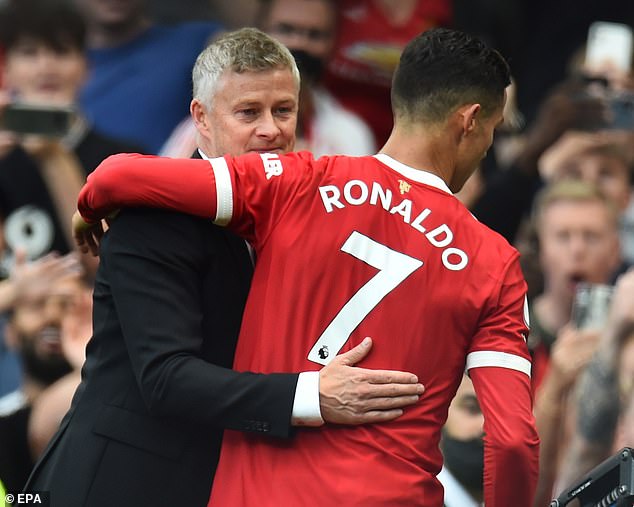 Outside Old Trafford, only one name and one number seemed to matter judging by the replica shirts. Ronaldo has come back on £500,000-a-week, but maybe the one maxim about star players paying for themselves in shirt sales is true after all.

It may have been Varane’s home debut too but there was only ever going to be one man’s picture on the front cover of the match programme. Ronaldo walked out of the tunnel last of all – of course he did – to maximise the sense of occasion.

It was almost surreal seeing him back in the red No 7 shirt of United. Like some kind of time warp. Those days were meant to have been consigned to history.

He has taken care of himself immaculately in the intervening years, as Newcastle found to their cost here. 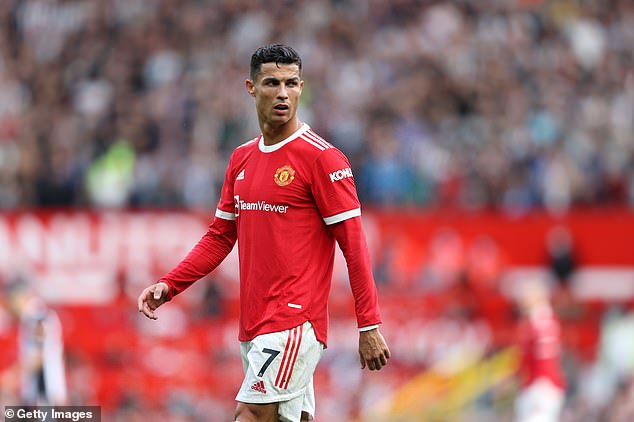 Ronaldo has taken care of himself immaculately, as Newcastle found out to their detriment

For the record, his old Madrid teammate Varane played rather well too. He defended excellently and actually went closest to a goal with a header in the 19th minute before it turned into The Ronaldo Show.

Sancho’s assimilation into the team continues to be a slow one. He was substituted on his fourth appearance and is yet to shine.

But not all players are as quick to make an impact as Ronaldo. And Sancho couldn’t wish for a better role model.

Newcastle ‘won’t be able to sign’ Ronaldo, Messi and Mbappe after £300m takeover