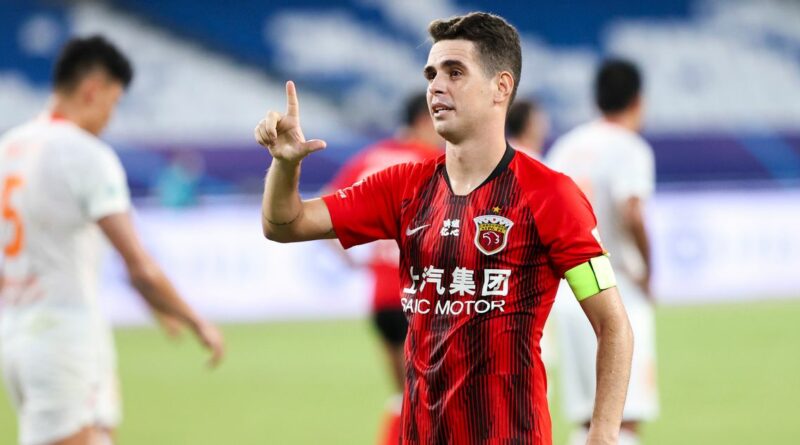 Former Chelsea star Oscar has earned more than three times his salary by playing in China than he would have if he had stayed at Stamford Bridge.

The Brazilian made the switch to the Far East back in 2016, joining Chinese Super League side Shanghai SIPG for £60million.

Having already amassed a net worth greater than Chelsea legend and ex-England captain John Terry, Oscar ranked 56th on Forbes' list for the highest-paid athletes of 2020.

It seems his pursuit of wealth has paid off.

Daily Star Sport calculates the 30-year-old has made over three times more in China than he would have done by staying at the Blues. After penning a four-year deal in 2016, worth an estimated £400k-a-week, Oscar picked up a staggering £20.8m per year for making the move to China.

After just over two years in the Far East, the Brazilian signed a contract extension until 2024, with his salary increasing to £563,000-a-week, meaning Oscar earned just under £29.3m in 2019.

Salarysport reports that 2020 saw a drop in wages, to £540k-a-week, which works out at £28m per year but the former Chelsea star has maintained this wage into this year.

This means that by the time his contract expires in 2024, Oscar will have claimed an astonishing £210.9m in wages from Shanghai SIPG.

Was Oscar right to make the switch to China? Let us know in the comments section.

And despite the incredible wealth of Roman Abramovich, Oscar's earning potential at Chelsea was significantly lower.

The midfield maestro commanded a wage of £150k-a-week at the Blues, earning £7.8m over a 12-month period.

But eight years at Stamford Bridge on a wage of £150k-a-week works out at £62.4m, over three times less than the Brazilian has earned in China.

Arsenal had better hope this is bottom